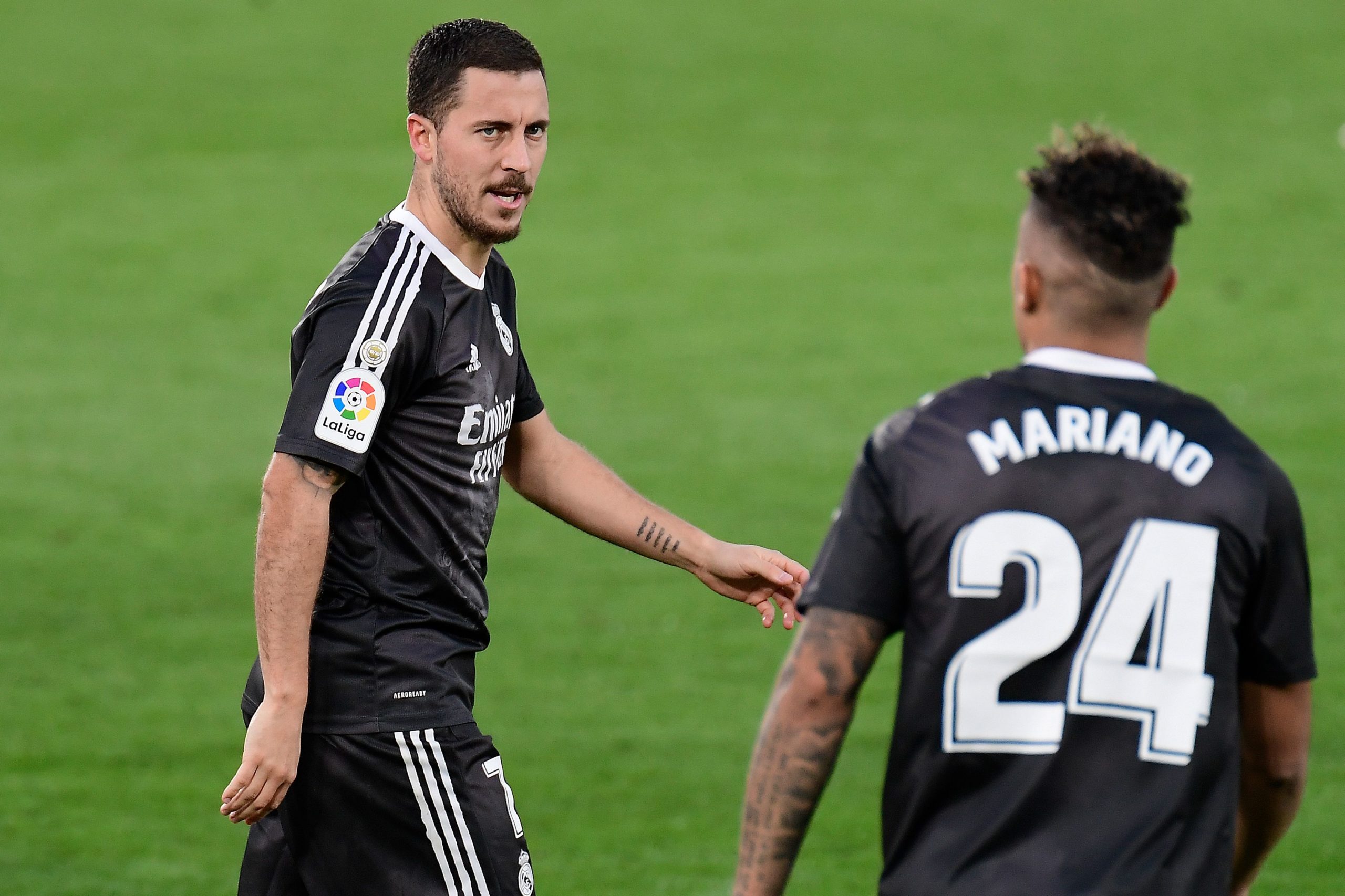 Real Madrid manager Zinedine Zidane has provided an update on the fitness of Eden Hazard following the club’s shock 2-1 home defeat to Alaves in the Spanish La Liga on Saturday.

Los Blancos recently picked up a comfortable 2-0 win over Inter Milan in the Champions League group stage, but they were unable to carry the momentum into their league clash.

Prior to the Alaves’ game, they had picked up just one point from the visits to Valencia and Villarreal and their poor run of league form continued as they were beaten 2-1 at the Bernabeu by Pablo Machin’s side.

Former Deportivo La Coruna attacker Lucas Perez put Alaves in front after just four minutes through the penalty spot and they doubled their advantage shortly after the break.

Los Blancos goalkeeper Thibaut Courtois has been one of the top performers over the past 18 months, but he produced an absolute howler as he passed the ball straight to Joselu, who put the ball into an open net from 20 yards.

Zidane’s side tried to find a way back into the game, but they were only able to score a consolation goal through Casemiro in the 86th minute. While the result was hugely disappointing, they suffered another potential injury scare for Hazard, who was substituted after just 28 minutes.

The club’s record signing was seen limping off the field with a possible muscle concern, but in the post-match briefing, Zidane said that the Belgian may have only suffered a knock, he told: “I think and hope that Eden just took a knock, because it’s not muscular. That’s what he said.”

With the defeat, Los Blancos failed to close the six-point gap to table-toppers Real Sociedad. They are now winless in three league games and face another tough challenge next weekend when they make the trip to Andalusia to tackle Sevilla.

Julen Lopetegui’s side are currently fifth on the table with a one-point deficit to Los Blancos. They have, however, played one game less than their Madrid counterparts. Sevilla were victorious yesterday with a 1-0 win at Huesca. It was their third straight league triumph.