Atlético hosted Valladolid at the Wanda Metropolitano, knowing that a win would take them up to 3rd place. 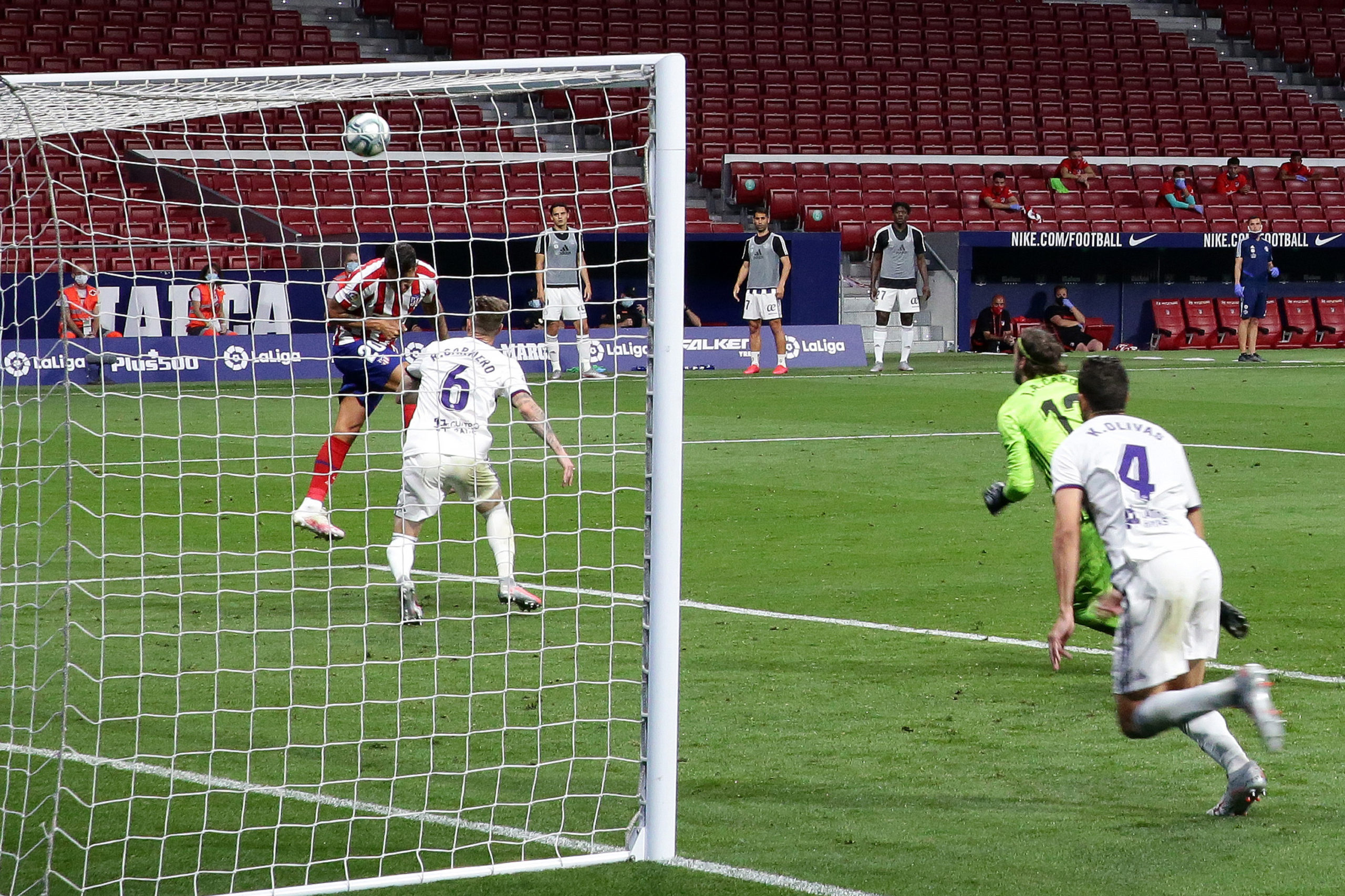 It all started when Rubio took a shot from range in the 3rd minute, and Oblak plunged to his right to deny him.

A minute later at the other end, Trippier found Morata with a cross, but his header went narrowly wide.

Atlético had another chance within two minutes. Llorente left Trippier’s cross for Félix, who skied his shot.

Valladolid had a glorious chance through a counter-attack at the half-hour mark. Rubio found Matheus with a great pass, but the Brazilian’s finish went narrowly wide.

It was a cagey affair thereafter, but Atlético thought that they went ahead in the 70th minute when Costa rounded the keeper and scored. However, it was immediately ruled out for offside.

9 minutes later, Partey smashed a free-kick towards goal, but Caro tipped it wide.

But the shot-stopper messed up from the resulting corner, as he was caught punching the air. Costa nudged it on to Vitolo, who headed it home to give the hosts the advantage.

For Atlético, Félix and Llorente interchanged positions often down the right, while Morata stayed up ahead. By doing this, they allowed Trippier to push forward. After overloading the right, they tried to bring crosses into the box, for targets like Morata.

Valladolid were drilled to be compact as always. They defended well, and then looked to Rubio and Matheus to trouble Atlético on the counter-attack.

Kieran Trippier – Looked great down the right, as he went forward often, and delivered a couple of good crosses. 6.75

José Giménez – Solid in defence, as he made a lot of recoveries to break Valladolid’s counter-attacks down. 7

Mario Hermoso – Made a few clearances, as he kept things tight at the back. 6.5

Manuel Sánchez – Alright down the left, but he had no attacking impact. 5.75

Marcos Llorente – Great performance from him down the right flank. He caused lots of problems with his silky footwork, and delivered a couple of threatening balls into the box as well. 7

Héctor Herrera – Created a couple of chances, but he failed to have a major impact. 6

Thomas Partey – Great in midfield, as he screened his defence well, and carried his side forward in attack as well. 6.75

Thomas Lemar – Looked alright down the left, but lacked end-product. 5.75

João Félix – Found pockets of space at times, and managed to get a couple of shots away too. However, he didn’t trouble the keeper. 6.5

Álvaro Morata – Had one or two good headed chances, but he failed to find the target. 6.25

Yannick Carrasco – Looked alright down the left, but didn’t create too much. 5.25

Koke – Decent in midfield, but he failed to create anything up front. 5.5

Ángel Correa – Threatened down the right sometimes, but his end-product was not great. 5.75

Diego Costa – Worked hard up front to make things happen, and got a good assist for the goal too. 6.5

Vitolo – Did nothing except score a goal, and he won’t complain about that. 6.25

Team – Atlético did not look too sharp for most of the match. After creating a couple of chances early on, they failed to break Valladolid’s defence down. They even conceded a couple of good chances on the counter-attack. In the end, it was some poor goalkeeping which gifted them the win. They held on to the lead well, but have quite a bit to work on. 6.25

José Antonio Caro – Looked very shaky in goal, and rather lucky to concede only 1. Made a poor mistake before the goal too. 4

Antoñito – Strong defensively, as he kept Lemar in check. 6.5

Kiko – Made a lot of blocks and challenges as he tried to keep things clean at the back. 7

Javi Sánchez – Made a lot of clearances in his effort to keep a clean sheet, but unfortunately, his keeper was not with him. 6.75

Raúl García – Did alright against Llorente, but wasn’t great. 5.5

Pablo Hervías – Good down the right and helped out defensively too, but had no impact up front. 5.75

Matheus Fernandes – Decent debut for the Brazilian. Helped his side well in defence, and got on the end of a couple of counters too. Could have even had a goal if he finished better. 6.5

Míchel – Brilliant in holding midfield, as he screened his defence well. 6.5

Federico San Emeterio – Decent in midfield, but he failed to impact the game on either end. 5.5

Waldo Rubio – His side’s greatest attacking threat. He saw a good amount of the ball, and made good decisions on the breaks. Created a couple of good chances too. 7

Sergio Guardiola Navarro – Worked hard up front, as he tried to make things happen. Had a couple of half-chances, but he failed to make them count. 6

Miguel de la Fuente Escudero – Had no impact up front. 4.25

Rubén Alcaraz – Decent in midfield after he came on, as he helped out defensively. 6

Óscar Plano – Failed to do anything up front. 4.75

Kike Pérez – Alright in midfield, but had no impact on either end. 5.25

Team – Valladolid looked good early on. After Atlético missed two good early chances, they looked to threaten on the counter, and did so a couple of times too. Unfortunately, their debutante keeper did not look good at all, and that’s what cost them a point. After that, they failed to trouble Atlético’s goal, and ended up losing narrowly. Not bad overall. 5.75

Pablo González Fuertes had a relatively simple match, but he did his job well. 7

Atlético move up to third place. Though they are level on points with Sevilla, a better head-to-head record takes them up there.

Valladolid remain in 15th place – 7 points clear of the drop-zone.