Villareal and Sevilla Settle for an Entertaining 2-2 Tie

Villareal hosted Sevilla at the Estadio de la Cerámica, in a match that could prove crucial for both sides’ European hopes. 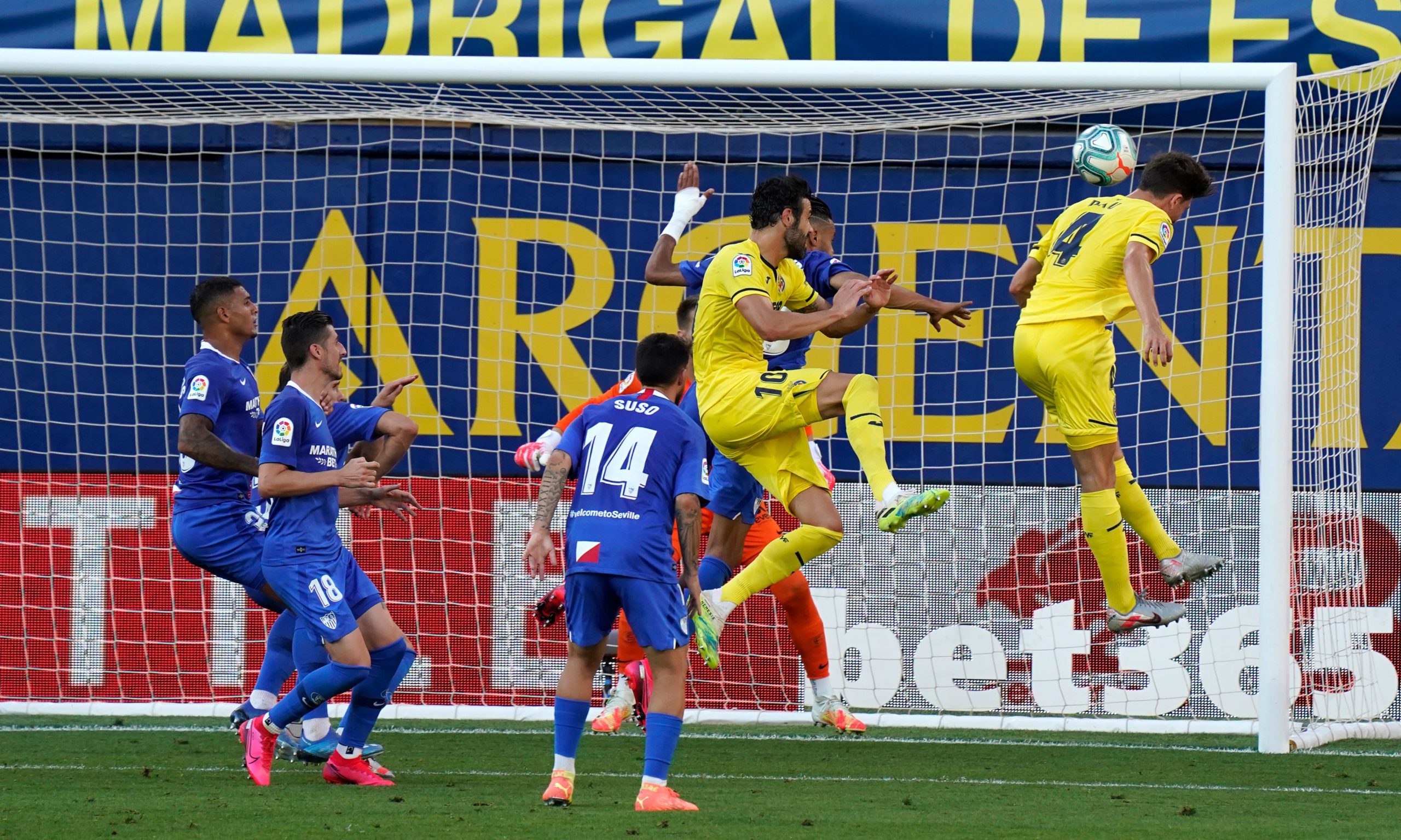 It was a very open match from the start, and Villareal fashioned the first breakthrough in the 18th minute. Anguissa headed Gerard Moreno’s cross towards Vaclík. The keeper parried it out, but only to Alcácer, who made the finish look easy.

After more chances at both ends, Escudero brought his side back level in the 39th minute, after unleashing a rocket from the edge of the box.

But with the last touch of the half, Torres headed Cazorla’s corner in, putting his side back in front just before the break.

Sevilla looked much better in the second half, and they pulled back level once again in the 63rd minute when Munir found the bottom corner with a left-footed volley across goal after Navas found him with a cross.

The visitors almost went ahead in the 85th minute, when De Jong headed towards goal, but Asenjo made a miraculous save and kept it out.

But despite their best efforts, Sevilla failed to score a third, and so it ended 2-2.

Villareal looked to take the ball out wide and whip crosses in for their strikers.

Sevilla tried to use a slow build-up, keeping more of the ball to themselves, and then wearing Villareal’s defence down.

Sergio Asenjo – Made quite a few good saves, but couldn’t prevent the goals. 7

Mario Gaspar Pérez – Strong defensively, but he failed to get forward. 6.25

Raúl Albiol – Made a few important interceptions and clearances at the back as he defended well. 6

Alberto Moreno – Solid in defence, but he just didn’t manage to go forward. 6.5

Samuel Chukwueze – Alright down the right, but failed to have a major impact. 4.5

Vicente Iborra – Decent in midfield, but he didn’t create anything at either end. 5.5

André-Frank Zambo Anguissa – Made a great run and header before the first goal, as he was brilliant in the middle of the park. Helped his defence a lot, and his distribution was great as well. 7.25

Santi Cazorla – Good down the left, and he got an assist for his side’s second goal. 6.5

Gerard Moreno – Worked hard up front, but he didn’t get too many sights of goal. 6

Paco Alcácer – Took his first chance well early on, but had very little to work with thereafter. 6.75

Moi Gómez – Didn’t do much apart from taking corners. 4

Javier Ontiveros – Decent down the right, but he failed to have a major impact. 5.25

Team – Villareal looked very good in the first half, and got a couple of goals in that time too. However, they really slumped in the second, and didn’t threaten Vaclík again. But they did well to earn a draw under the constant pressure, as they defended well. They won’t be too disappointed with the result. 6.25

Tomáš Vaclík – Made one or two good stops, but didn’t manage to keep the goals out. 6

Jules Koundé – Good defensively – both at right-back and at centre-back. 6.25

Diego Carlos – Great at the back, as he made a lot of clearances to try to keep things clean at the back. 6.75

Sergio Escudero – Got a brilliant goal, and he defended well too. 7

Joan Jordán – Great in midfield, as his distribution and defensive contribution were great. 7.25

Fernando – Decent in holding midfield, and he got an assist for his side’s first goal too. 6.5

Éver Banega – Good in the middle of the park, as he drew quite a few free-kicks for his side. 6.75

Suso – Delivered a few crosses, but failed to do too much to affect the match. 4.5

Youssef En-Nesyri – Tried his best to make things happen up front, but failed to do so. 5.25

Rony Lopes – Had very little impact down the left. 4.25

Munir El Haddadi – Very lively after coming on, and got a great goal too. 7.25

Jesús Navas – Brilliant down the right flank as always, and did well to assist Munir’s goal. 6.75

Lucas Ocampos – Created a lot of chances after he was sent on at half-time, but failed to impact the scoreline. 6.75

Franco Vázquez – Decent in midfield, but he didn’t have an effect at either end. 5.25

Team – Sevilla started poorly, and found themselves behind in the 18th minute. They did well to get back level, but then conceded yet again just before half-time. But after Lopetegui sent three men on, the game swung in their favour. They dominated the second half, and drew level at the hour mark. They tried their best to get a winner, but failed to do so. Decent showing from them, though. 6.5

José María Sánchez Martínez had a relatively straightforward match, and he got his calls right. 7

Villareal move one place up – to 6th spot, albeit only until Real Sociedad play.

Similarly, Sevilla move up to 3rd, but only until Atlético play.