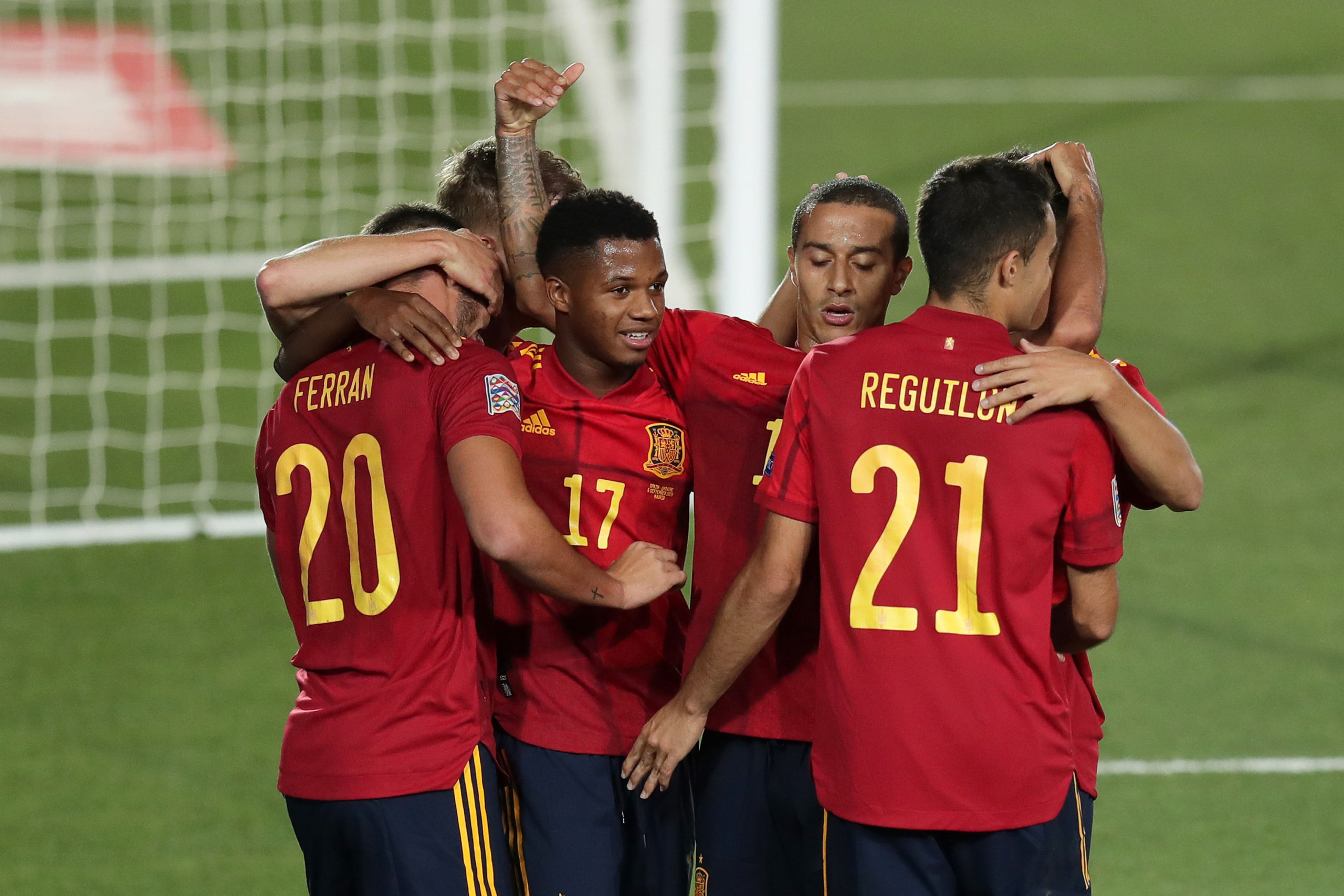 Spain are scheduled to host Switzerland in the third match day of the UEFA Nations League. La Roja kickstarted their campaign with a hard-fought 1-1 draw at Germany where Jose Gaya netted a dramatic 95th-minute equaliser.

However, they were comfortable in their next outing against Ukraine where they won by a convincing 4-0 scoreline. Skipper Sergio Ramos was the pick of the players with two first-half goals.

Next up, they are scheduled to face the Swiss, who were the surprise semi-finalists of the inaugural edition of the Nations League. Luis Enrique’s side have the home advantage and will be aiming to preserve their one-point lead over Germany at the top of the standings.

La Roja have traditionally dominated the fixture and they have suffered just one defeat from their 20 meetings against the Swiss. Out of those, they have won on 15 occasions. Still, they have not got the better of the opposition in recent times.

The Swiss beat them 1-0 in the opening group stage game of the 2010 World Cup. That acted as a wake-up call for La Roja, who went on to win their maiden World Cup. Their most recent encounter came in the form of a friendly in 2018 which finished 1-1.

Players to watch out for:

Ansu Fati – Spain: Barcelona’s teenage sensation made his senior debut during the previous international break and scored his maiden goal with a stunning strike from outside the box against Ukraine. At 17 years and 311 days, he became the youngest scorer for La Roja and there are huge expectations ahead for him. The teenager is known for his impressive dribbling qualities cutting from the left wing and he also has a keen eye for goal and can unleash shots on target from long-range. He was completely rested for the recent friendly against Portugal and could start from the off this weekend.

Granit Xhaka – Switzerland: The visitors’ chances of beating La Roja may depend on whether they can win the midfield battle. Xhaka is the most influential midfielder in their ranks and he is also leader of the team. The 28-year-old impressed during the 1-1 draw against Germany in the previous match day where he orchestrated the play with intelligent forward runs and key passes in the final third. The Arsenal ace also had more attempts on target than any other player on the pitch (3). He will need to produce another strong display for Switzerland to come up with a positive result.

Switzerland have often proved a difficult team to beat, but La Roja should prevail on Sunday with the quality of attacking options in their ranks. They are definitely a team under transition, but possess a goalscoring threat from different ends of the pitch.

Stats from Whoscored.com and 11vs11.com