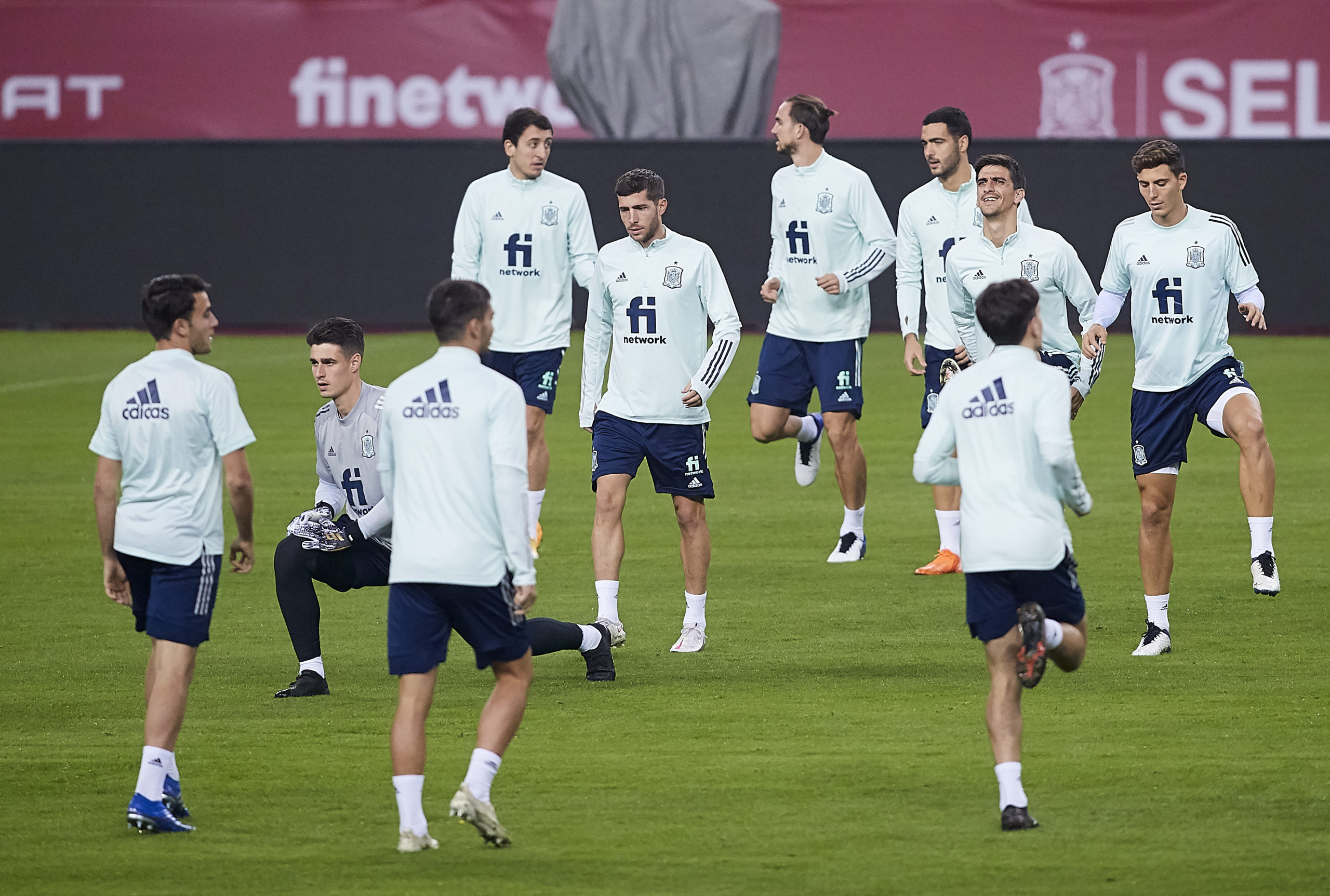 Spain are scheduled to host Germany in their final group stage game of the 2020/21 Nations League campaign tonight.

La Roja made an impressive start to the competition with seven points from three matches and they have since stumbled with just one point from the next two games.

Earlier last month, Luis Enrique’s side suffered a shock 1-0 defeat to Ukraine on the road and that has been followed up with a 1-1 draw against Switzerland.

Sergio Ramos had an off-day against the Swiss where he squandered two chances to score from the penalty spot and it was eventually left to Gerard Moreno to bag a late 87th-minute equaliser off the bench.

As a result, they have dropped one point behind Germany for the top spot in League A Group 4 and must beat them at the La Cartuja Stadium tonight to qualify for the Nations League finals.

Joachim Loew’s side recently faced Ukraine in the Nations League at home where they picked up a 3-1 comeback triumph. Timo Werner stood out with a goal in either half.

The nations have previously met on 24 occasions and Germany have won on nine occasions in comparison to Spain’s seven.

Since 2001, La Roja have had the upper hand in the fixture with three wins, two draws and one loss from six meetings.

The reverse Nations League clash at the Mercedes-Benz Arena in Stuttgart finished in a 1-1 draw after a dramatic equaliser from Spain.

Timo Werner appeared to have won the game for Germany on Matchday 1, but Jose Gaya denied them the victory with a tap-in in the 95th minute.

There are no fresh injury concerns for the hosts, but they could be without Gaya once again. The Valencia left-back recently missed the Switzerland game after a clash of heads in the Netherlands friendly prior to that.

Sergio Reguilon is most likely to keep his spot in Gaya’s absence. Gerard Moreno could be handed a starting place ahead of Dani Olmo upfront after his bagging the equaliser against the Swiss.

Loew could be without Jonas Hofmann (thigh) and Robin Gosens (calf) once again. Elsewhere, Antonio Rudiger is expected to miss the encounter after reaching the yellow card limit (two) for a one-match ban.

However, Toni Kroos will be available for selection after serving a one-match suspension last weekend. Benjamin Henrichs is another player, who will return to the mix after overcoming a tendon problem.

The previous two games between the sides have ended in 1-1 draws and we are anticipating a similar outcome. Germany have not kept a clean sheet in eight Nations League games and La Roja can be fancied to find a way through their defence.

However, the visitors possess an in-form striker in the form of Werner, who has bagged seven goals in just five games for club and country. He should provide a genuine scoring threat. Hence, we are predicting a share of the spoils which would seal Germany’s spot in the Nations League finals.

Stats from Transfermarkt.com and 11v11.com