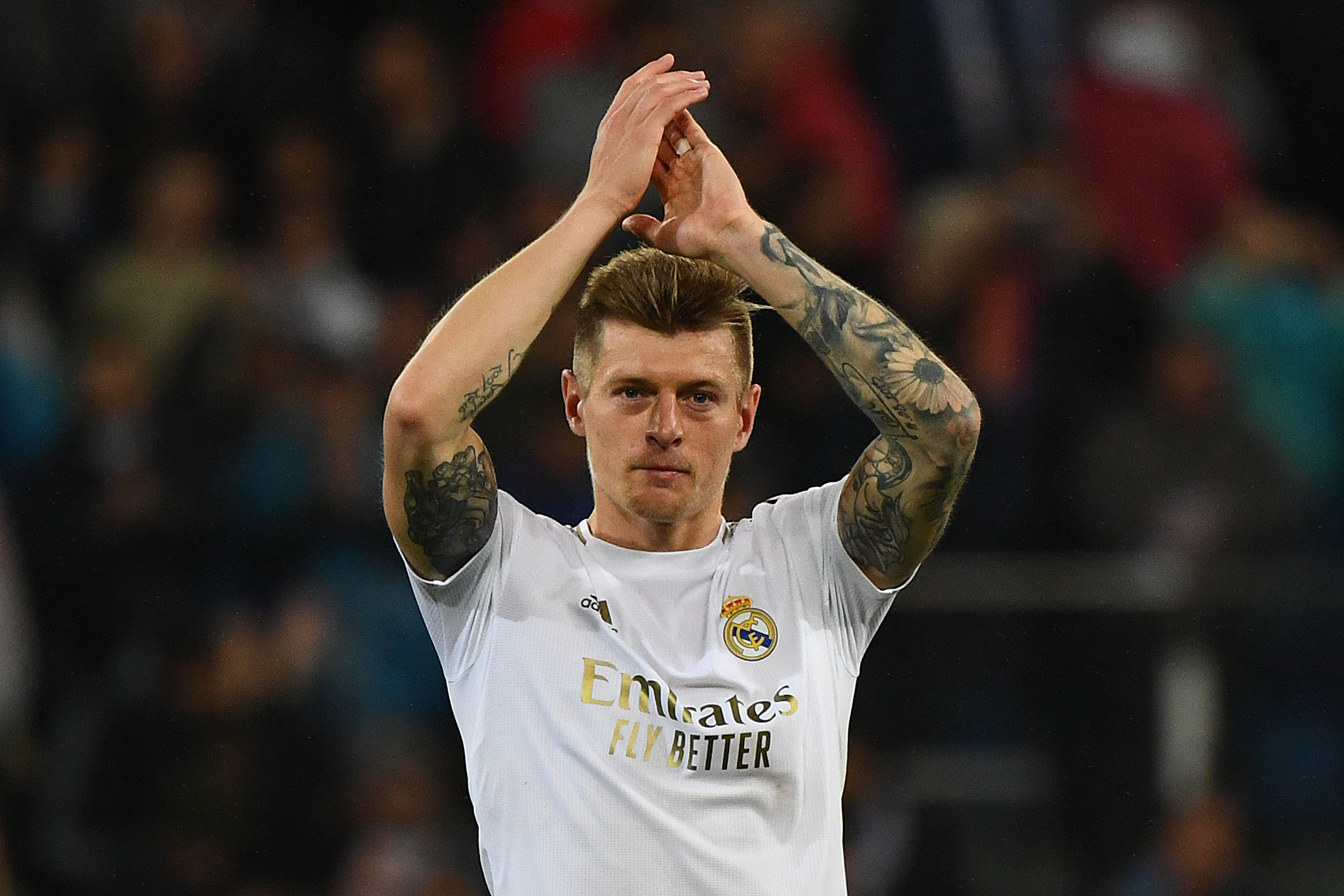 Germany international Toni Kroos has said that he intends to retire with Real Madrid despite receiving multiple offers during the backend of his career.

Kroos joined Los Blancos from Bayern Munich shortly after the 2014 World Cup triumph where he was one of the standout performers with two goals and four assists.

Over the past six years, he has been a constant figure in the centre of the park and he has contributed 19 goals and 68 assists from 283 appearances across all competitions.

During this period, he has won 13 major trophies and that includes three Champions League crowns and two La Liga titles – the second of which came during the 2019/2020 campaign.

Earlier last year, Kroos put pen-to-paper on a fresh four year contract with Los Blancos and he later hinted that he could end his playing career when his deal expires at the age of 33.

He has now reiterated his desire to finish his playing career at the Bernabeu giants when asked the prospect of returning to his home country for a final challenge.

Speaking at a press conference ahead of the Champions League clash at Borussia Monchengladbach, he said: “I always enjoy coming back to Germany because it’s my country, my language and everything’s more straightforward for me.

“But I’ve always said that I enjoy myself at Madrid and like living in Madrid. Over the course of six years, you always receive offers, but I feel really at home in Madrid and my idea is to end my career here”.

Kroos was a second-half substitute during the surprise 3-2 European defeat to Shakhar Donetsk last week. Manager Zinedine Zidane had made the decision with the view to the weekend’s El Clasico.

Los Blancos managed to seal a comfortable 3-1 win over arch-rivals Barcelona on the road on Saturday where Kroos played through the entire 90 minutes.

Zidane is unlikely to make the mistake of underestimating the opponent which was the case with Shakhtar and he should field his strongest lineup at Borussia-Park on Tuesday night.

Both Kroos and Karim Benzema should return to the starting XI after their roles off the bench against Shakhtar. Sergio Ramos is back in contention after a minor knee injury kept him out of the opening group stage game.