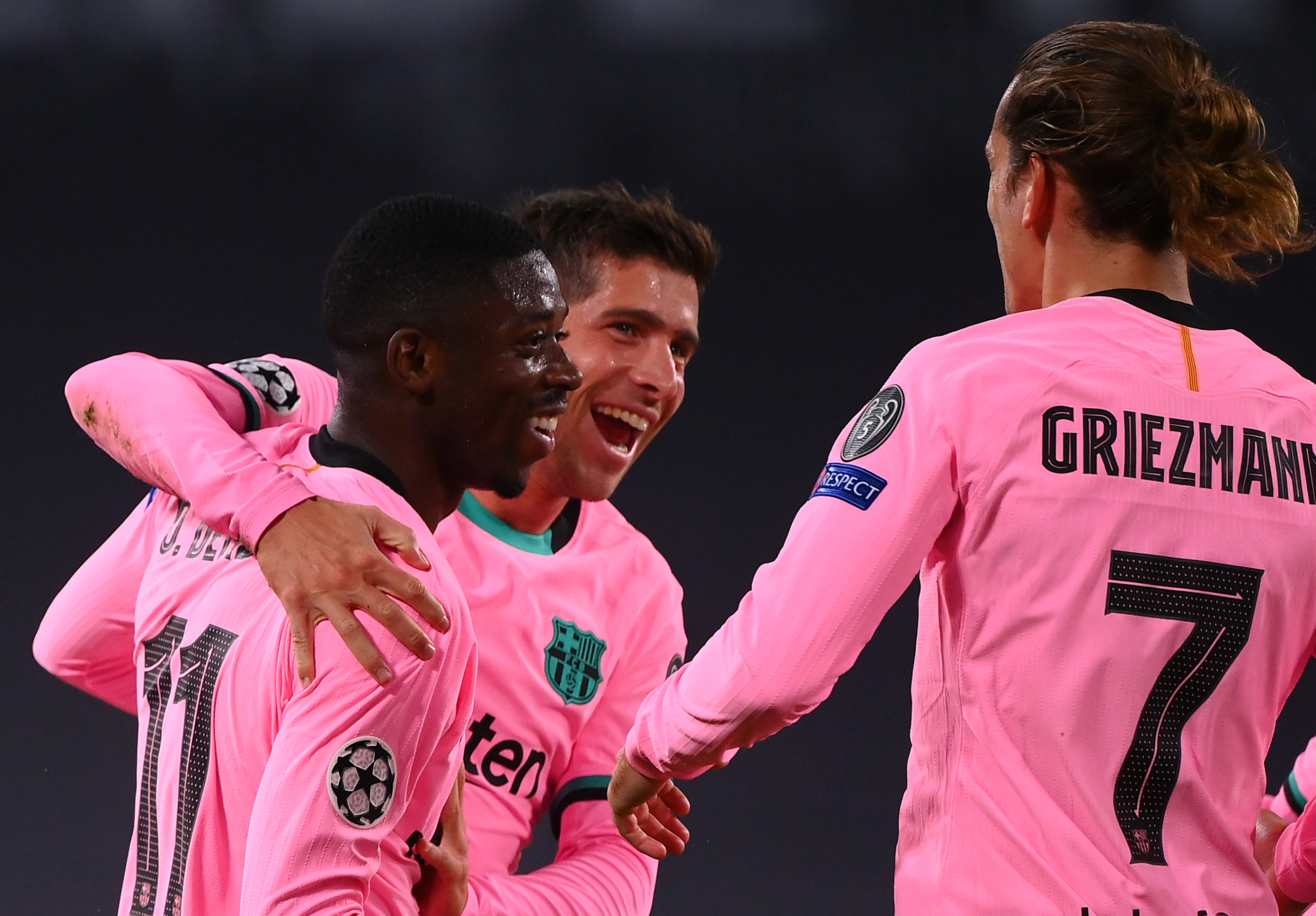 Barcelona returned to winning ways in style as they secured a comfortable 2-0 win over Juventus in the Champions League group stage. The Blaugrana went into the game on the back of a disappointing 3-1 league defeat to Real Madrid at the Camp Nou and they made amends with a solid display.

The Blaugrana started the game in Turin in a relatively swift fashion and Antoine Griezmann saw an early attempt clatter the woodwork. In the 14th minute, Ousmane Dembele broke the deadlock with a deflected shot after a wonderful 60-yard cross-field ball from Lionel Messi.

Ronald Koeman’s side managed only two more shots on target until the second-half stoppage time where they were awarded a penalty after Federico Bernardeschi fouled Ansu Fati in the box. Messi converted the resultant spotkick for the visitors, who restricted the Bianconeri to zero shots on target.

Ousmane Dembele finding his feet: The France international has experienced a frustrating three seasons with the Blaugrana where he has been hampered by numerous muscular problems.

Still, he has earned the trust of manager Koeman, who took charge in August. Dembele produced a quality performance against the Bianconeri where he scored the opening goal with a deflected shot.

He has now netted in back-to-back European games and the Blaugrana will be hoping that he can put his injury troubles aside and become an integral part of the starting lineup.

Barcelona’s central defensive crisis: The Blaugrana were without Gerard Pique and Samuel Umtiti due to suspension and injury respectively and that meant that Ronald Araujo partnered Clement Lenglet at the heart of the defence.

However, the promising youngster suffered a thigh injury midway through the Bianconeri clash and that saw Frenkie de Jong feature as the makeshift centre-back alongside Lenglet.

With Araujo and Umtiti on the sidelines, Koeman finds himself without any back-up centre-backs in the squad. Barca B’s Oscar Mingueza has been on the bench in recent games, but he got injured before the Juventus clash.

Pedri continues to impress: The 17-year-old joined the Blaugrana as a relatively unknown from second-tier club Las Palmas, but he has certainly made a strong impression from his opening seven games.

Pedri started on the left wing against the Bianconeri and he was hugely impressive as he played with a fearless mindset and got the better of right-back Juan Cuadrado on multiple occasions.

The Tegueste-born teenager managed five take-ons during the game and only Messi and Dembele made more. He also succeeded with three tackles which was the joint-most for the Blaugrana alongside Araujo.