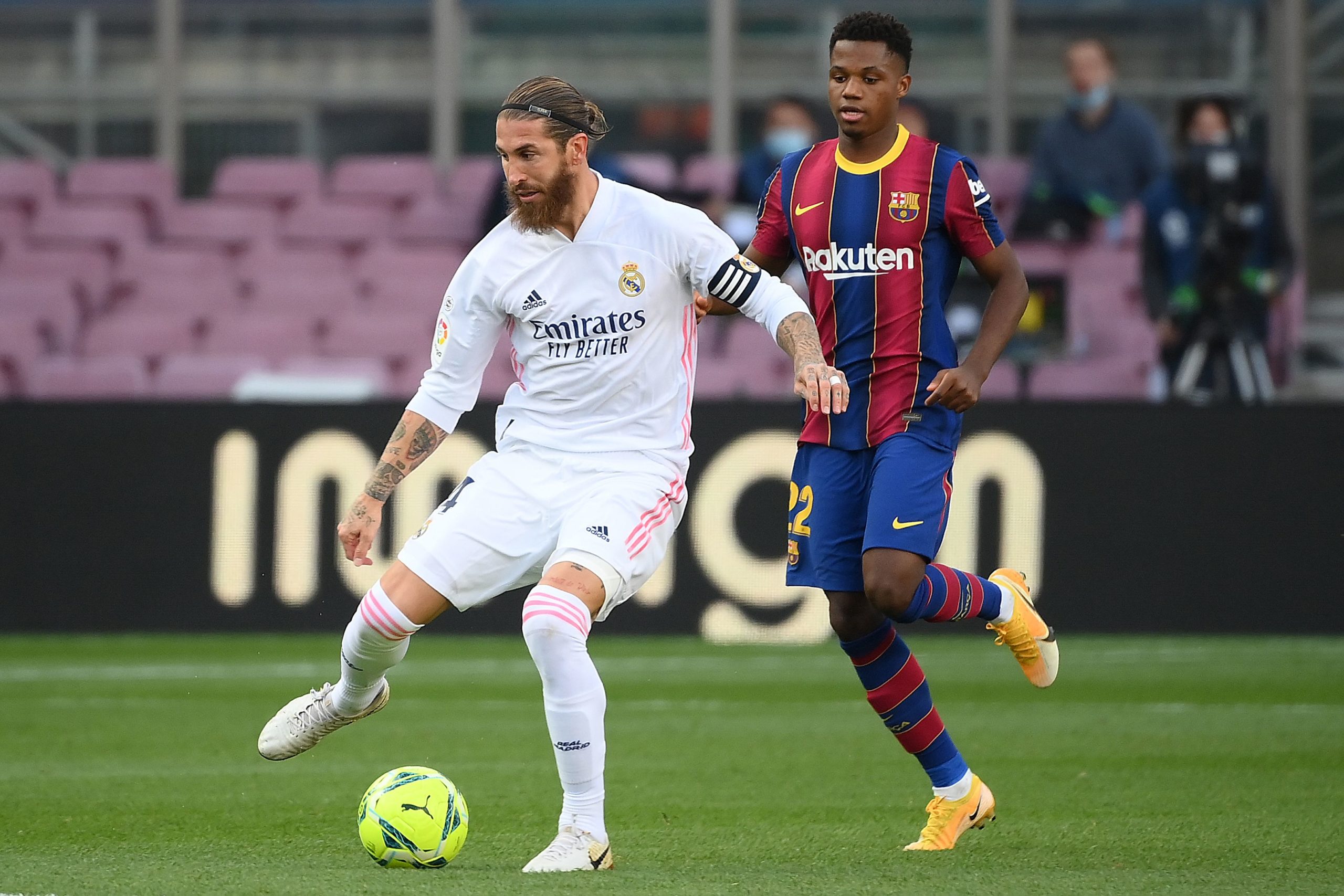 Real Madrid won the 246th El Clasico meeting against Barcelona as they secured a 3-1 triumph at the Camp Nou on Saturday.

Federico Valverde put Los Blancos ahead after just five minutes on the clock. Karim Benzema produced a brilliant through ball for the Uruguayan, who scored from a narrow angle.

However, their advantage was shortlived as Ansu Fati levelled the scores three minutes later. Lionel Messi came with a trademark chip behind the backline to find Jordi Alba, who squared the ball for Ansu Fati for an easy finish.

The scores remained the same until the interval. Los Blancos were definitely the better attacking side in the second half and they took the lead after the hour mark through Sergio Ramos.

Clement Lenglet tugged Ramos’ shirt in the box which was spotted through VAR. Ramos, who had just returned from a knock to his knee, comfortably slotted his 25th penalty goal on the trot.

Blaugrana goalkeeper Neto managed to keep them in the game with quality saves late on, but the resistance was broken prior to stoppage time when Luka Modric sidestepped a couple of defenders to find the back of the net.

The victory has propelled Los Blancos to the top of the league standings with 13 points. Meanwhile, the Blaugrana have dropped to 12th on the table with seven points, but have a game in hand.

Real Madrid’s recent El Clasico record: Los Blancos had gone winless for nine El Clasico meetings against the Blaugrana until they beat them 2-0 at the Bernabeu earlier this year. They have now registered back-to-back league triumphs over their fierce rivals for the first time since the 2007/08 season. Meanwhile, it was also their first victory at the Camp Nou since April 2016.

Barcelona’s El Clasico woes at Camp Nou: The Blaugrana have had a good record against Los Blancos over the years, but they have struggled in the El Clasico meetings on their home patch since 2016. The Blaugrana had gone into the game with one win, one loss and three draws from the previous five encounters at Camp Nou and their woeful run continued with a disappointing 3-1 loss.

Sergio Ramos’ performance: Ramos made his comeback from a knee injury to register a record 45th El Clasico appearance. He had a shaky start as he struggled to cope with the pace of Fati, but made amends with a goal from the penalty spot and nearly scored another at the end. He became more sorted defensively as the game went on with three tackles, two interceptions and four clearances. A superb all-round display from the Real Madrid captain.

Stats from Transfermarkt.com, Worldfootball.net and Whoscored.com