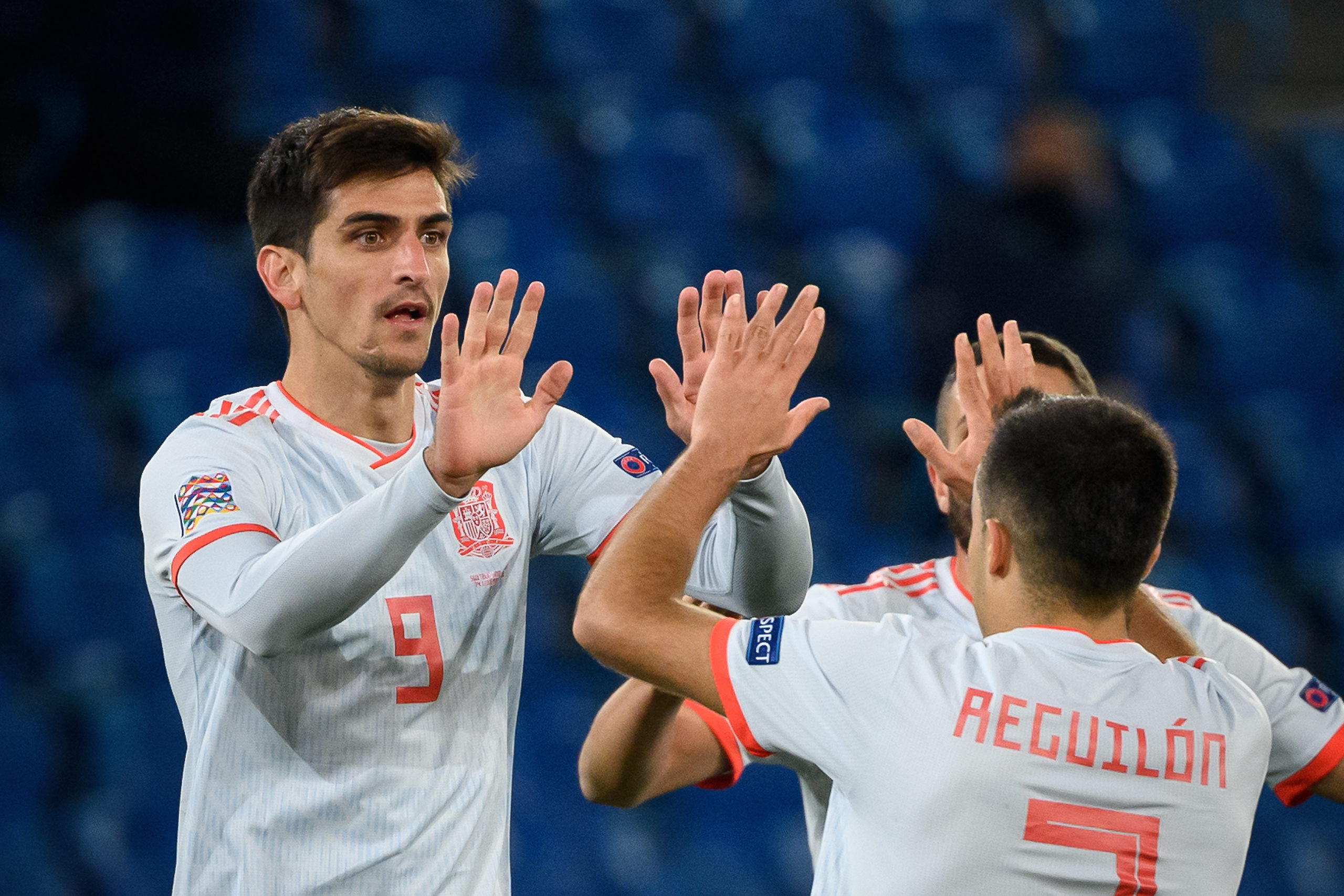 Spain lost their top spot in their Nations League group to Germany following a disappointing 1-1 draw against Switzerland on the road on Saturday.

La Roja went behind midway through the opening half when Remo Freuler scored with a terrific half-volley which floated into top left corner of David de Gea’s goal.

Sergio Ramos had the opportunity to put Spain level from the penalty spot on two occasions in the second half, but he squandered both chances. Nico Elvedi received his marching orders for Switzerland for the latter of those spot-kicks.

With a man down for the hosts, La Roja dominated the proceedings during the closing stages of the game and eventually shared the spoils. Left-back Sergio Reguilon delivered a superb cross which beat three defenders and fell into the path of Gerard Moreno to level the scores.

With the stalemate, Luis Enrique’s side have dropped to second in League A Group 1 with eight points, one behind Germany, who registered a 3-1 comeback win over Ukraine. The two teams met in the last matchday in Seville and Spain must win to qualify for the finals next year.

Sergio Ramos has a forgettable night: Ramos had gone into the game, having converted his previous 25 penalties for club and country. He had the chance to put La Roja level before the hour mark, but his shot towards the left corner was superbly saved by Yann Sommer. He was given the opportunity to redeem himself in the 76th minute, but his attempt was poor as he tried a panenka penalty which completely failed. Despite the misses, he continues to receive the faith from Enrique, who insisted that Ramos would have taken the third penalty, if there was one.

Spain make things difficult for themselves: During the inaugural Nations League campaign, La Roja won their opening two group stage games, but they still failed to make the finals after suffering defeats in the final two matches. The same trend has carried on this season. Enrique’s side had seven points on the board after three games and had a two-point lead over Germany. They have since accumulated just one point from the next two matches and are no longer in control of their own destiny. Anything other than a win against Germany will see them miss out on the finals once again.

Enrique needs to play a striker: Enrique went with a false striker in Daniel Olmo upfront against Switzerland and that failed to work out. It was eventually left for Moreno to come off the bench in the 81st minute of the contest to put them ahead after positioning himself perfectly to convert Reguilon’s cross. Moreno has played as the main striker during his entire career and he is finally making a mark for his himself at 28. Since his debut last year, he has bagged four goals and four assists from just eight caps and he surely deserves to lead the line in a must-win contest against Germany next week.