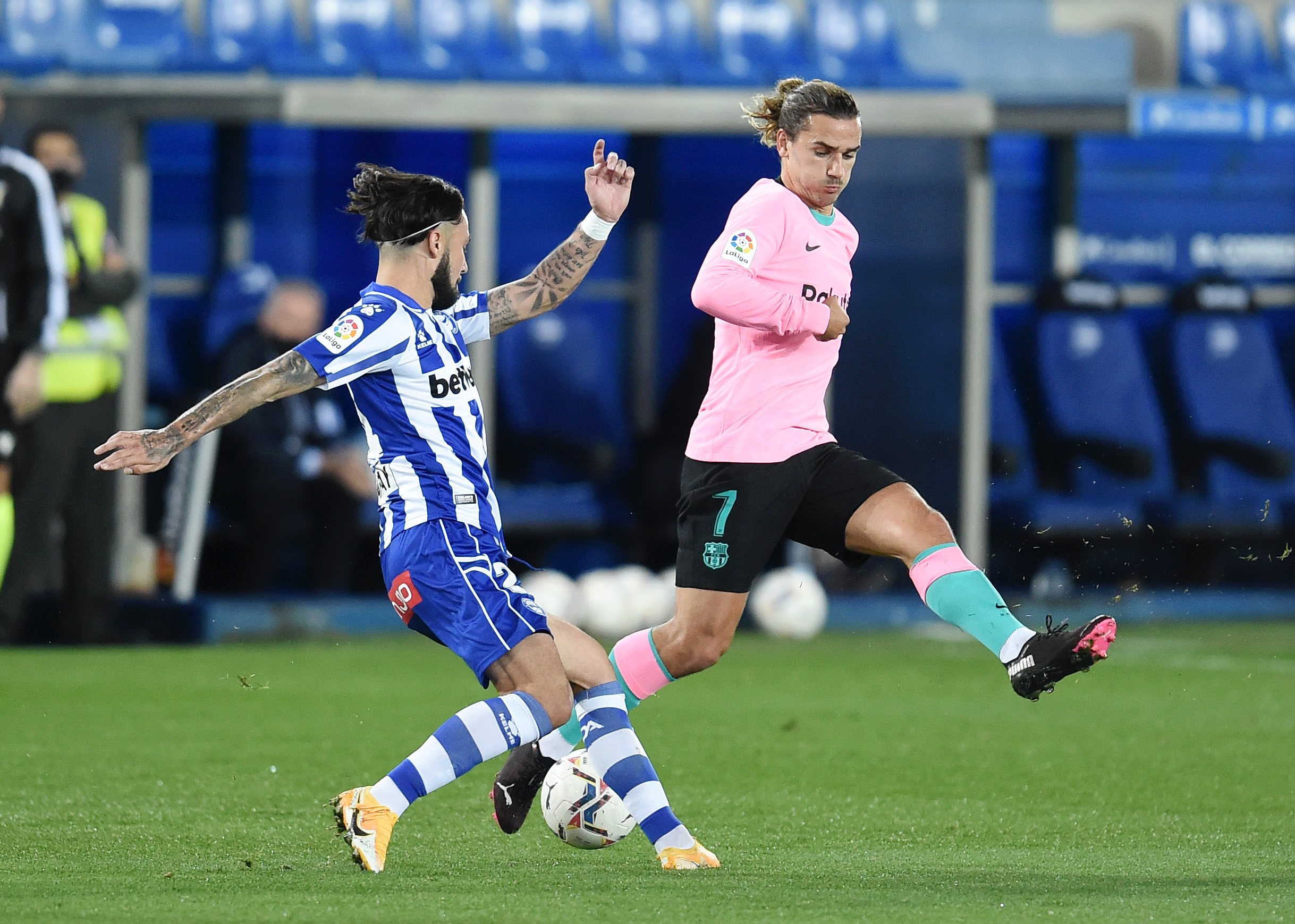 Barcelona continued their wretched run of form in the Spanish La Liga as they settled for a frustrating 1-1 draw against Alaves on the road.

The Blaugrana had gone into the game after a superb display against Juventus in the Champions League where they registered a comfortable 2-0 win.

However, they could not carry on the momentum against Alaves, who stood firm in the final 30 minutes of the game where they had to play with 10 men after Jota’s sending off.

Here are three things we learned from Barcelona’s draw at Alaves.

Neto’s mistake proves costly: The Spaniard was at fault for the opening goal after failing to clear his lines from a quick backpass from Gerard Pique. Neto had little reaction time from the pass, but he should have done better. Instead, he lost focus of the ball and Luis Rioja pounced to score an easy opener. The former Valencia man has been superb for the Blaugrana in the absence of Marc-Ander ter Stegen, but he may have played his last game for a while with the German set for a comeback following a knee surgery.

Antoine Griezmann ends scoreless streak: The Frenchman has been tasked with the job of leading the line this term with the departure of Luis Suarez. However, he has endured a tough start to the season and scored his first goal during the stalemate at Alaves. The 2018 World Cup winner has lacked the confidence in front of goal in recent weeks and he will be relieved to find the back of the net. Griezmann pounced on a loose ball and showed good composure to beat goalkeeper Fernando Pacheco with a chip shot.

Ronald Koeman’s position: Koeman succeeded Quique Setien as the head coach shortly after the Blaugrana’s embarrassing 8-2 quarter-final defeat to Bayern Munich last term. Under the Dutchman, the Catalan giants have struggled with just eight points gained from six matches and they are winless in four league games for the first time since 2016. Furthermore, it is their worst start to a season in 20 years and there will be questions over Koeman’s future. Josep Bartomeu recently stepped down as the president and the succeeding candidates have already talked up their preferred managers.