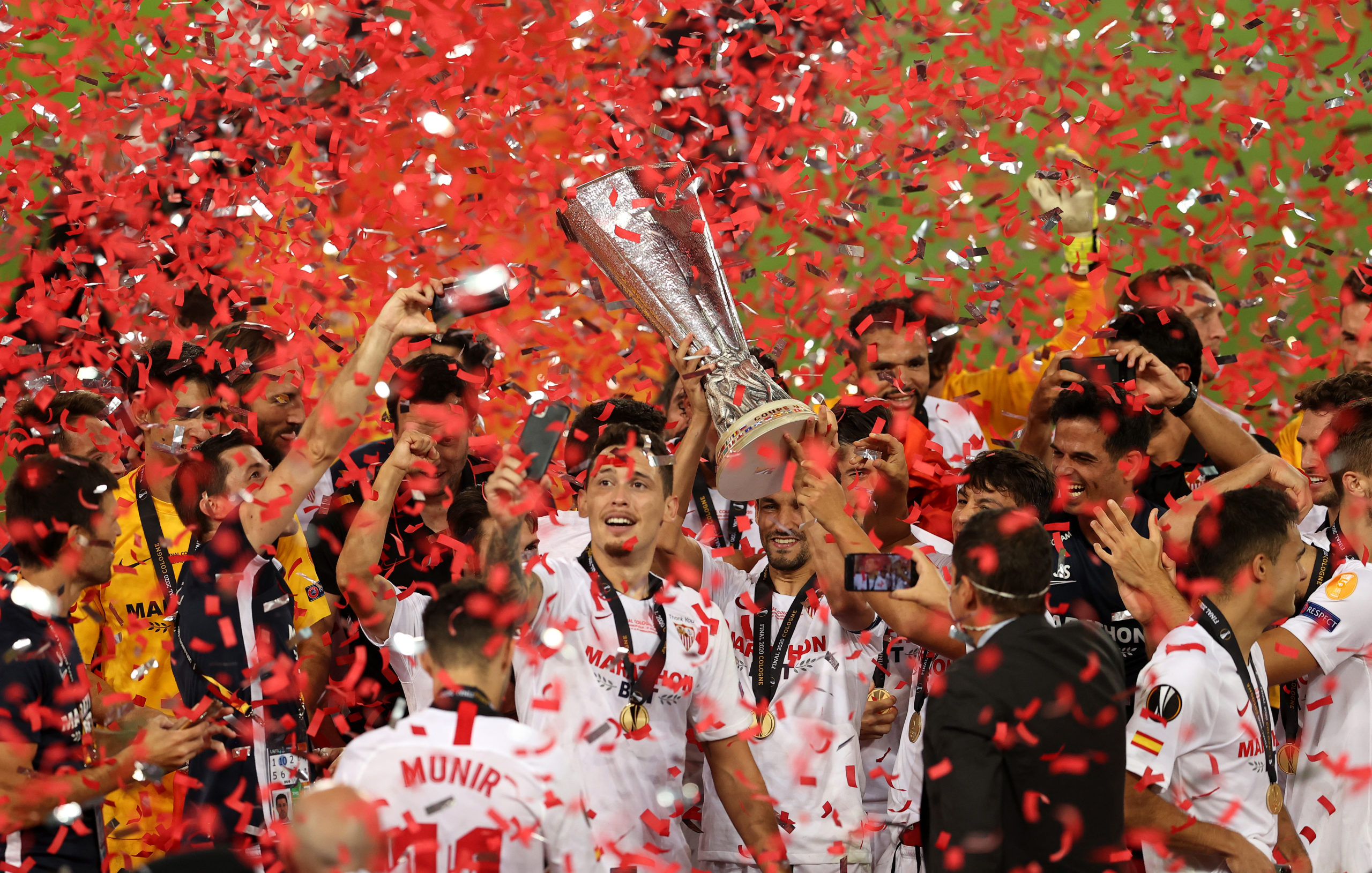 Sevilla won a record sixth Europa League title on Friday night following their 3-2 win over Inter Milan at the RheinEnergieStadion in Cologne.

The La Liga outfit had won their previous five finals in the European competition, but they went into the game as slight underdogs.

After just five minutes into the clash, they trailed 1-0 after Romelu Lukaku, who was fouled by Diego Carlos in the box, converted his penalty kick.

Julen Lopetegui’s side levelled after the scores in the 12th minute after Luuk de Jong came up with a powerful header at the near post.

In the 33rd minute, the Dutchman bagged his second goal on the night and this time around, he came up with a towering head at the far post.

They were, however, instantly pegged back after some average defending. Diego Godin leapt highest for the Nerazzurri to head in the equaliser.

In the second half, Inter had the better chances, but goalkeeper Bono and centre-back Jules Kounde came to Sevilla’s rescue with crucial interceptions.

Ultimately, Sevilla won the game in the 74th minute through an own goal from Lukaku, who made a poor attempt to clear the ball which was going harmlessly out of the field.

The goal came about from an overhead kick from Carlos and the centre-back will be relieved to have redeemed himself after conceding the early penalty.

Sevilla continue exceptional Europa League record: The La Liga outfit won the Europa League/UEFA Cup for a record sixth time and it is fascinating to see that they have never lost a final in the competition. They showed a strong defensive resolve during the backend of the final and eventually won their fourth title in seven years – their first since the 2015/16 campaign.

Redemption for Lopetegui: Lopetegui was unceremoniously sacked by Spain for taking the Real Madrid job just days before the World Cup. He was thereafter axed by Los Blancos after just four months into the head coach role. At Sevilla, he has managed to finally redeem himself and it was quite emotional to see him teary-faced after the final whistle had blown.

Bono to the rescue: Bono made a number of one-on-one saves against Manchester United in the semi-final and he came up with another super block to deny Romelu Lukaku when the scores were 2-2. The Moroccan has played second fiddle to Tomas Vaclik for the league duties and it won’t come as a surprise, if he pursues a fresh challenge on the back of his Europa League heroics.