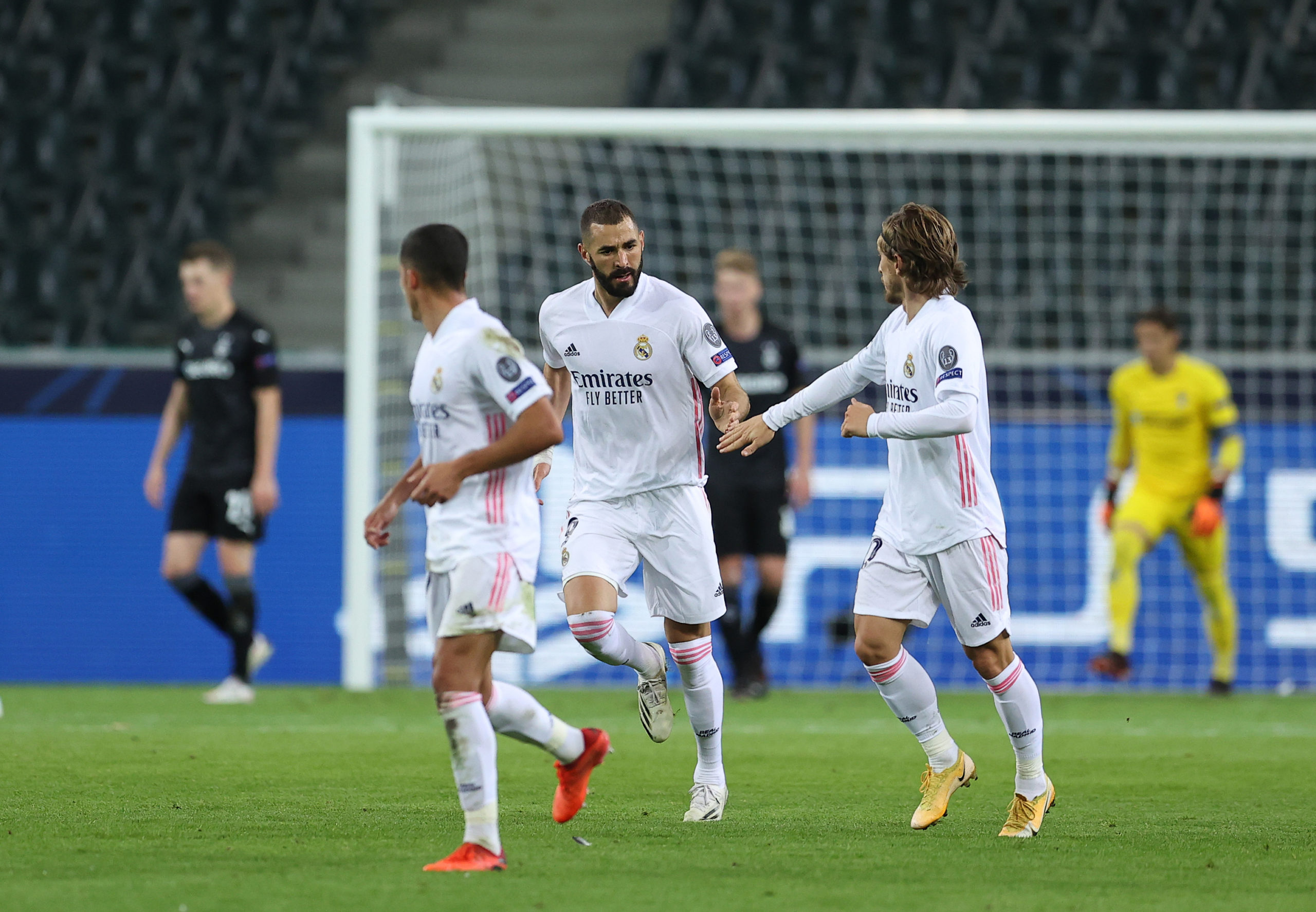 Real Madrid picked up their first points of the 2020/21 Champions League campaign as they made a superb late comeback against Borussia Monchengladbach on the road.

Marcus Thuram put Monchengladbach 1-0 ahead after 33 minutes on the clock and the hosts managed to hold onto their advantage until the half-time interval.

The Frenchman bagged his second goal on the night before the hour mark of the contest and it appeared that the German outfit were on course for a stunning win.

However, Los Blancos pulled one goal back in the 87th minute after an overhead kick from close-range from Karim Benzema. Moments prior to the final whistle, Casemiro scored the equaliser after finding himself unguarded in the six-yard box.

Real Madrid’s winless Champions League run: Los Blancos had gone into the game on the back of three successive defeats in the competition and it appeared that they were on course for another loss. A late salvage act from Benzema and Casemiro helped them avoid the defeat, but they will still be bitterly disappointed, having come up with just one point from their opening two group stage matches. They are scheduled to face Inter home and away during the next two games and that could well decide their fate in the group. Los Blancos have made it to the round of 16 in every season since the competition format was introduced in 1992.

Borussia Monchengladbach miss out on three points once more: Monchengladbach have picked up draws against Inter Milan and Real Madrid in the opening two group stage games, but they won’t be overly pleased with the outcome. In both matches, they were winning positions heading into the dying minutes before conceding a late equaliser. Against Inter, a defensive lapse saw Romelu Lukaku free at the back post and he scored with an easy tap-in. It was a similar case against Los Blancos where the defenders were found ball watching as Casemiro was gifted with loads of space in the six-yard box to fire his shot into the roof of the net.

Real Madrid’s inconsistent form: Los Blancos have struggled for consistency with their performances this term. They recently suffered shock defeats to Cadiz and Shakhtar Donetsk in La Liga and Champions League respectively, but made amends with a superb 3-1 league triumph over arch-rivals Barcelona on the road. However, they could not carry the momentum into the Monchengladbach game and for most of the contest, their attempts on goal were off target. The stalemate has meant that they are just one point adrift of second-placed Monchengladbach in Group B instead of three and they can still turn things around like season where they had picked up just one point from their first two games.