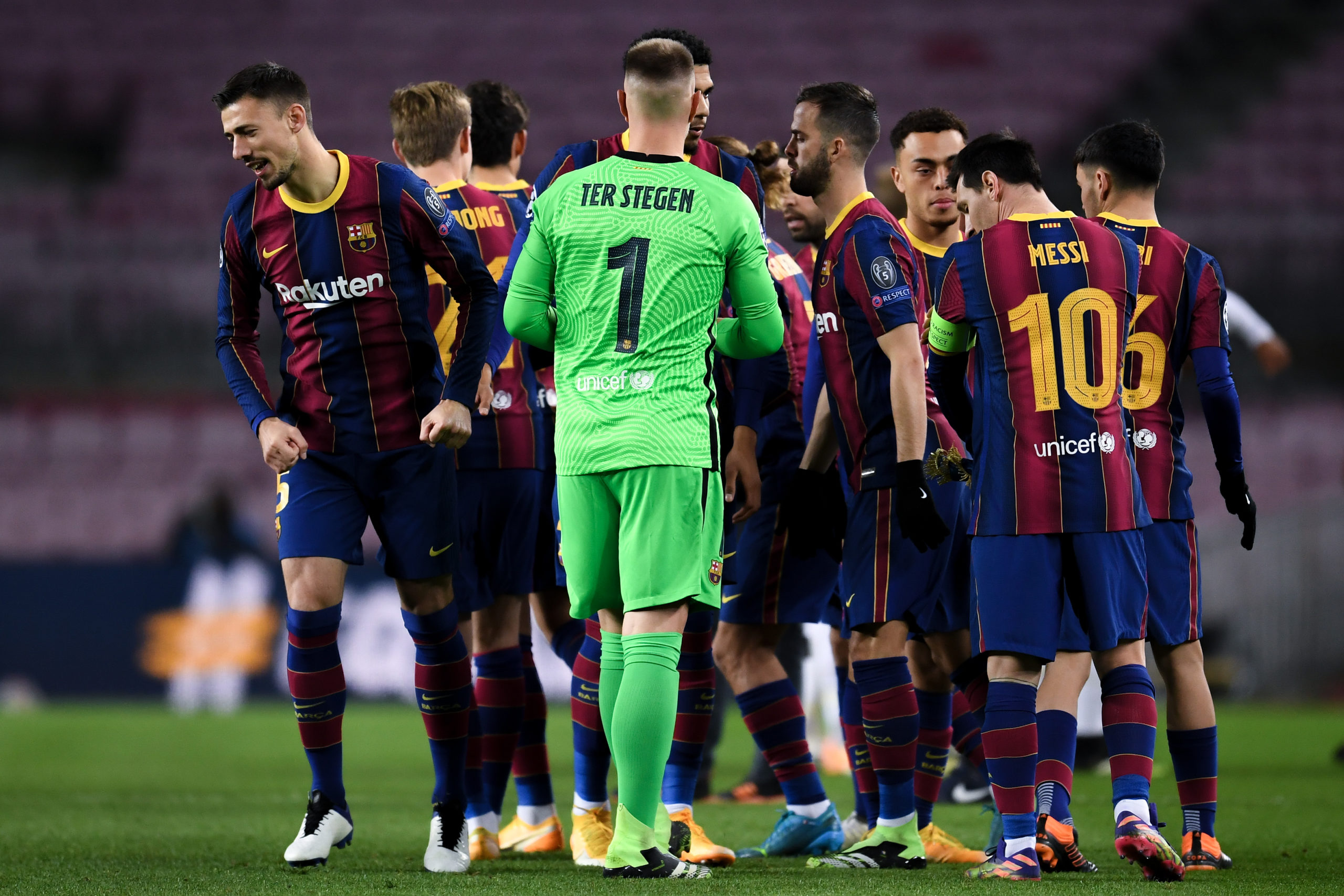 Barcelona missed out on the top spot in their Champions League group after a disappointing 3-0 defeat to Juventus at home on Tuesday night.

The Blaugrana were three points ahead of the Bianconeri going into the game while they also had the head-to-head advantage after the 2-0 win at the Allianz Stadium.

Hence, the visitors needed to score three or more goals and win by at least a two-goal margin to finish top of the table and they managed to do exactly so after a lacklustre display from the Catalan giants.

Cristiano Ronaldo scored a penalty in either half for the Bianconeri while Weston McKennie was also on the scoresheet. The victory was the club’s first in five attempts against the La Liga outfit.

The Blaugrana have been vulnerable at the back this term and have been susceptible to some average defending. They started the season with shutouts against Villarreal and Celta Vigo, but have since picked up only four clean sheets from the next 14 matches across all competitions. The constant chopping and changing of centre-backs has not helped their cause. Both Clement Lenglet and Ronald Araujo were at fault last night as they conceded the penalties, which were converted by Ronaldo.

Koeman’s future had been a topic of discussion prior to the game after the club’s shock 2-1 league defeat at Cadiz. The Blaugrana have now suffered another setback which ended their 100 percent run in the Champions League. As things stand, the Blaugrana continue to keep faith in the Dutchman, but he may not have much time left to turn things around. The club are already 12 points behind Atletico Madrid for the top spot in La Liga. With the matches coming thick and fast, any more setbacks could pave the way for his dismissal from the head coach role.

The Catalan giants have generally excelled in their home games and they had gone into the Bianconeri clash with a stunning 38-match unbeaten run in the Champions League at Camp Nou, which is a competition record. As such, their defeat to the Bianconeri would have come as a surprise for most of the club’s faithful. Elsewhere, the visitors picked up their first win at the stadium since 2003. Gianluigi Buffon, who made seven saves for the Bianconeri on Tuesday, is the only current player, who was involved back then.