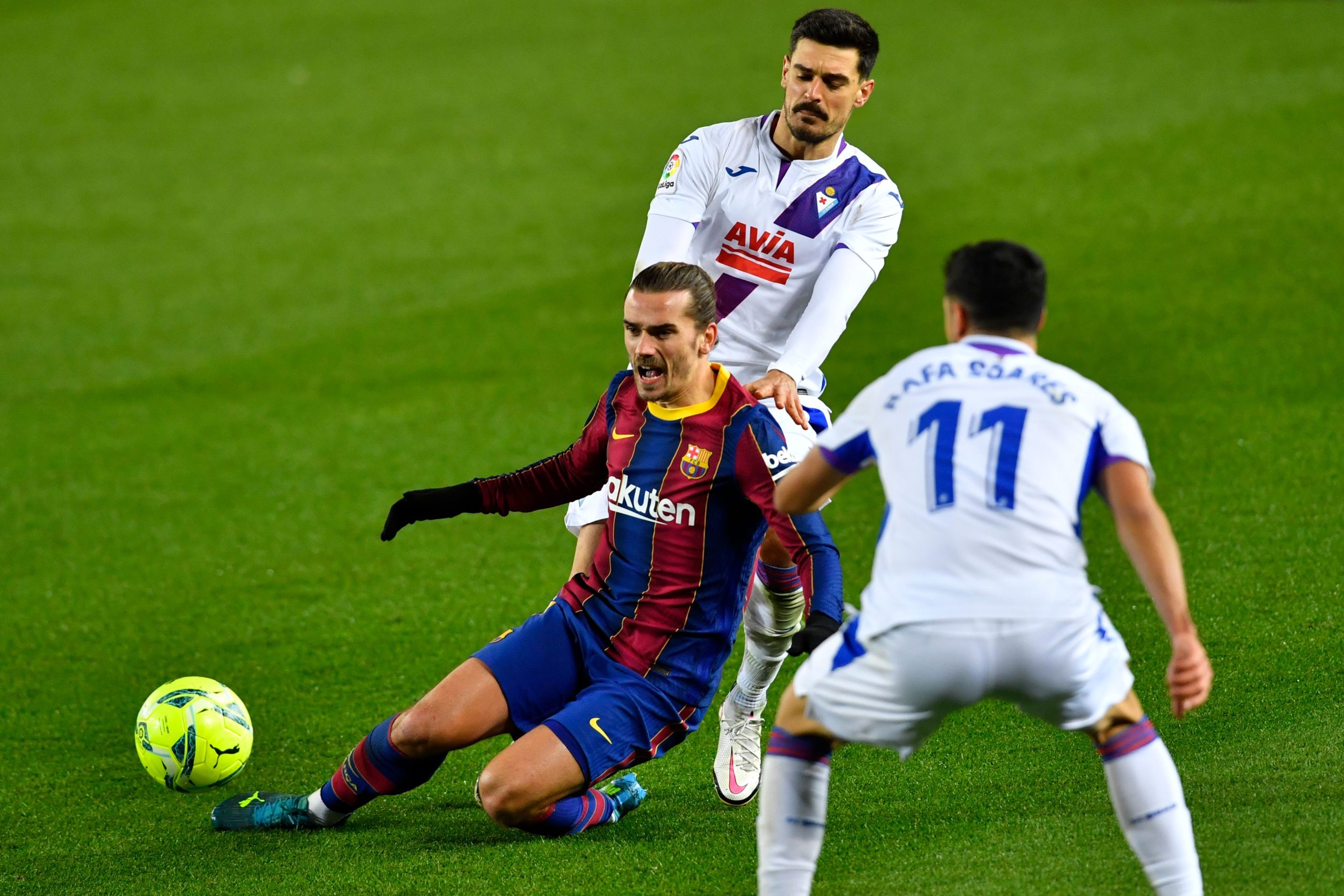 Barcelona dropped points for the eighth occasion in 15 games in the Spanish La Liga as they settled for a disappointing 1-1 draw against Eibar at Camp Nou.

The Blaugrana had gone into the game on the back of a convincing 3-0 win over Real Valladolid, but they were unable to carry on the momentum following another sub-par display.

In the absence of club-captain Lionel Messi, who was rested, Martin Braithwaite had the chance to convert the early penalty won by Ronald Araujo, but he fluffed his lines and blasted his effort wide.

The ex-Middlesbrough man appeared to redeem himself by finding the back of the net in the 25th minute, but the goal was chalked off by the VAR for a marginal offside.

Both teams went into the break goalless at the break. Kike opened the scoring for the visitors before the hour mark after he found himself one-on-one with Marc-Andre ter Stegen following a defensive mishap from Araujo, who squandered possession in the centre circle.

Within 10 minutes, Ronald Koeman’s side levelled the scores through half-time substitute Ousmane Dembele, who scored with a one-time shot. The goal resulted from a low left-footed cross from Junior Firpo, which evaded everyone to find Dembele at the far post.

The Blaugrana thereafter created a few half-chances, but they were left frustrated with Eibar handling the threat with relative comfort. The draw has dropped the Blaugrana to sixth on the table, but worryingly, they are seven points behind leaders Atletico Madrid, who have two games in hand.

Antoine Griezmann struggles once again: In the absence of Messi, Griezmann had the chance to step up with a match-winning display, but that clearly did not happen. The Frenchman partnered Pedri in an attacking midfield role behind Braithwaite and he was largely ineffective. He managed just two shots and just one of those being on target. Elsewhere, he failed to create any key chances. On top of this, Braithwaite was handed the spot-kick ahead of him and that clearly shows how his stock has fallen at the Catalan giants. Koeman was far from pleased with the showing and the 2018 World Cup winner was substituted at the hour mark.

Barcelona’s defensive woes: The Blaugrana have not been short of goals this term and they have averaged nearly two per game. However, the main concern has been in the defensive third, where they have made some comical errors leading to goals. Koeman went with a back three which worked with good effect against Valladolid, but it was a case of deja-vu on Tuesday as another defensive error contributed to them conceding. Among the centre-backs, Araujo has been the most consistent in recent weeks, but the Uruguayan himself had a game to forget as his slow decision-making in the centre circle saw Kike nab possession and go on to find the back of the net.

Time running out for Ronald Koeman: Koeman has experienced a tough return to club management with the Blaugrana and the club are currently going through one of their worst phases in recent history. In multiple games, the club have commanded vast amounts of possession, but that has not necessarily contributed to them finishing up their chances. This has cost them dearly as they have already dropped a staggering 20 points from the first 15 games of the campaign. They are seven points off the top of the table, but that margin could extend to 13, suppose Atletico win their games in hand. With the inconsistency shown, it may not be long before Koeman’s position is re-assessed. The new Barcelona president to be elected next month may have an important decision to make.

Three Premier League players who could join Barcelona in January
Barcelona confirm injury blow for playmaker, out for a few months