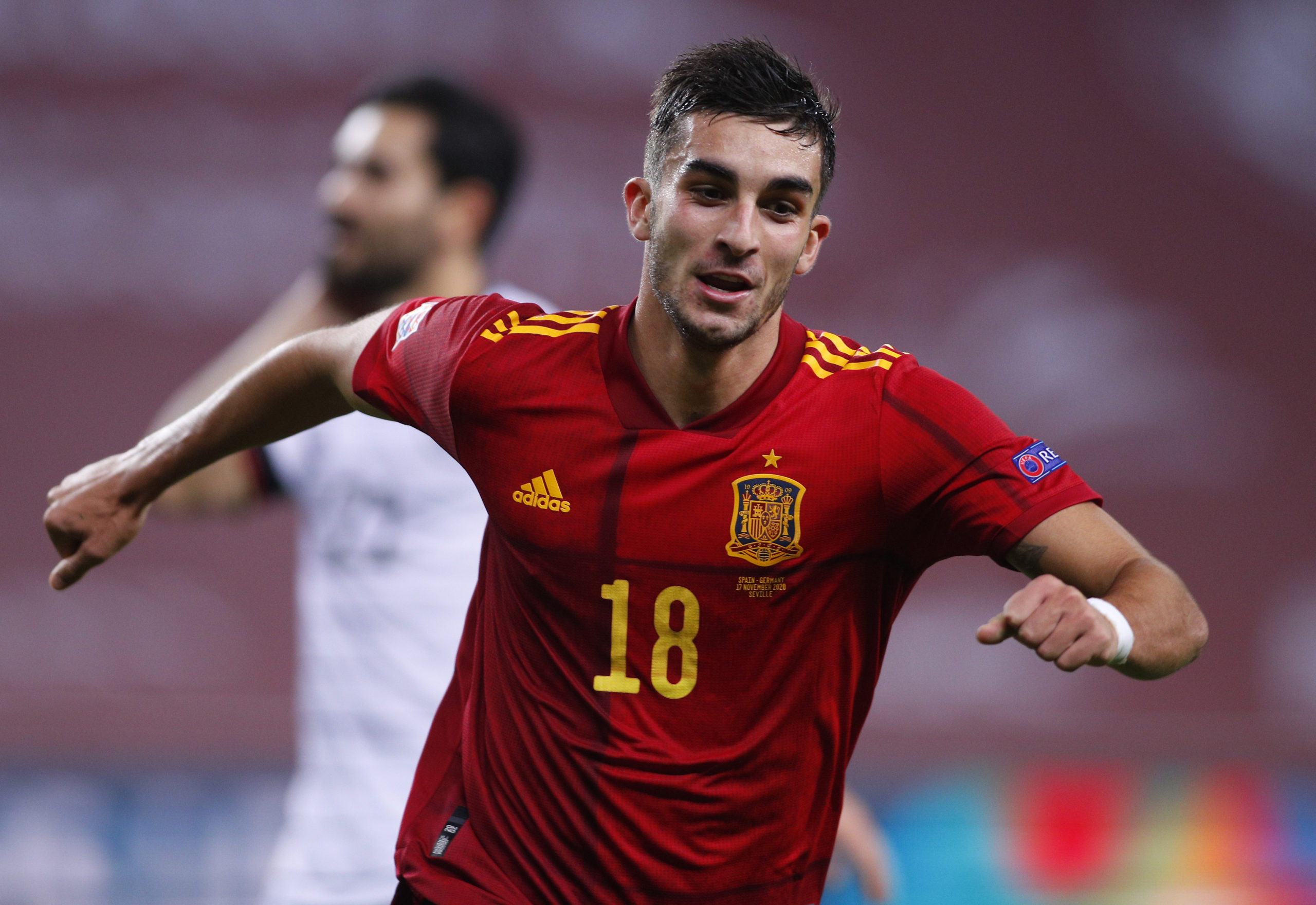 Spain qualified for the Nations League finals after registering a stunning 6-0 win over Germany in their final group stage encounter on Tuesday.

Prior to the game, La Roja were one point behind Germany for the top spot in League A Group 4 and they needed a victory to make the finals.

After a loss and draw to Ukraine and Switzerland respectively, they were able to return to winning ways in superb fashion as they inflicted the worst-ever competitive defeat for Germany in their history.

It was the perfect game as the visitors failed to register a single shot on target. Luis Enrique’s side dominated the proceedings from the start to the finish with 70 percent possession while managing a staggering 463 passes more than their opponents.

Ferran Torres was undoubtedly the star of the show with his maiden hat-trick. The Germany defence could not cope with the movement of the Manchester City winger, who managed seven shots on goal, the most by any player.

Three things we learned from Spain’s humbling of Germany:

Ferran Torres’ stellar display: The 20-year-old is regarded as one of Spain’s best young attackers and he had an exceptional game in Seville where he bagged his first-ever professional hat-trick. His opening goal was pretty impressive as he scored with a controlled volley, but his third was definitely the highlight. The former Valencia graduate beat goalkeeper Manuel Neuer with a sumptuous low-footed shot from the edge of the box. Besides his goals, he also managed one tackle, two take-ons and created two chances for his teammates. Manchester City bought him for just £20m over the summer and that appears an absolute steal.

Fabian Ruiz’s impact: Ruiz struggled to make an impact against Switzerland last time around and he was hence dropped to the bench with Sergio Canales replacing him. However, the Real Betis playmaker lasted for just 12 minutes before he was substituted due to a hamstring trouble. That came as a blessing in disguise for Ruiz, who came off the bench to provide a hat-trick of assists. The German defence struggled to cope with the trajectory of the midfielder’s set-pieces and Spain scored from two of the four corner kicks taken by him with relative ease. He also made a number of forward runs and laid the pass for Torres’ hat-trick goal.

Spain’s potential: After picking up just one point in the previous two group stage games, La Roja came up with a display, which was definitely the best from any international side since 2018 when Switzerland came from two goals behind to beat Belgium 5-2 to reach the Nations League finals. Germany were outclassed by La Roja with the quality and precise distribution throughout the field and the performance gave a resemblance of the successful Spain side between 2008 and 2013. Enrique’s side are still not the perfect outfit as they have experienced games where they are completely out of touch, but there are plenty of positive signs ahead of Euro 2020 next summer.