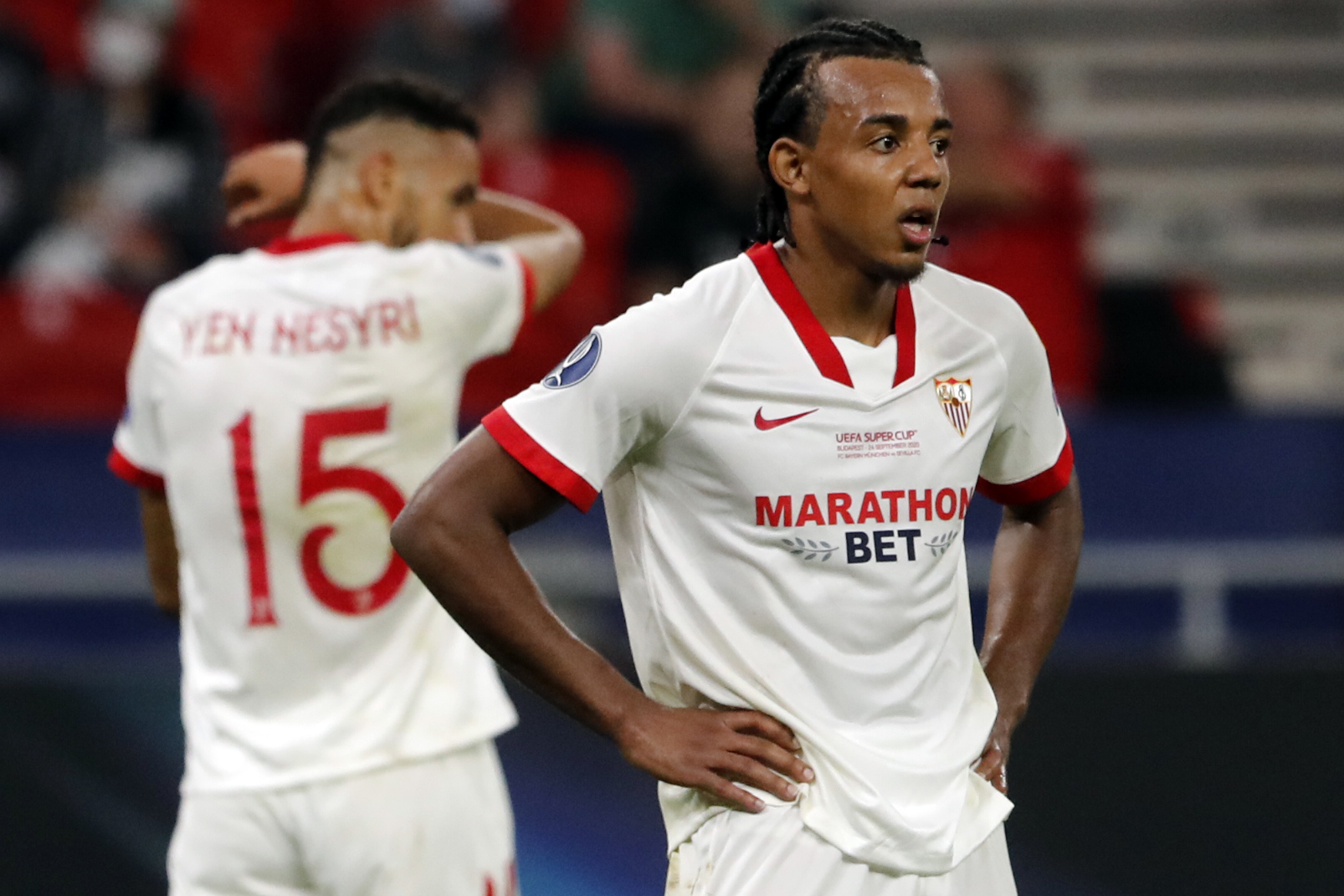 In an interview with Sevilla FC TV, Jules Kounde has acknowledged that Manchester City had made an approach to sign him during the recently concluded summer transfer window.

The Frenchman, who is currently sidelined with COVID-19, joined Sevilla from Bordeaux last summer and impressed at the heart of the defence where he formed a superb partnership with Diego Carlos.

He made 40 appearances for the Andalusian outfit over the course of the campaign and played through the entire 90 minutes of the 3-2 win over Inter Milan in the Europa League final in August this year.

As a result, the transfer interest was unsurprising during the summer and Kounde, speaking on the ‘A Balon Parado’ show confirmed that he was the subject of interest from Manchester City.

However, he added that there were several other options to consider as well, but made it clear to sporting director Monchi that he would not push for an exit against the club’s wishes.

“The interest of a club like City is always a good thing, but I’m at Sevilla and I’m very calm. I’m lucky to be at a club that competes at a very good level. We have a fantastic group of players and people,” He told.

“There wasn’t a bad option, but I always told Monchi that I would not force anything. If everyone wasn’t happy, I knew I had a contract here, playing in the Champions League.”

At 1.78m, the 21-year-old is not the tallest of central defenders, but he has still caught the eye after winning an average of more than three aerial duels per game last term.

Aside from this, the France under-21 international is also gifted with plenty of pace and he had already made a number of recoveries in one-on-one situations.

Following their failure to land Kounde, the Cityzens opted to sign Ruben Dias from Benfica. Nicolas Otamendi headed in the opposite direction in a separate deal.

Dias has made a decent start to his Cityzens career with one clean sheet from three outings and it will be interesting to see whether the club return for Kounde next year.

Kounde is currently self-isolating at home after being tested positive for the coronavirus in mid-October. Hopefully, he can bring up a negative result in the coming days to make his return to first-team action.