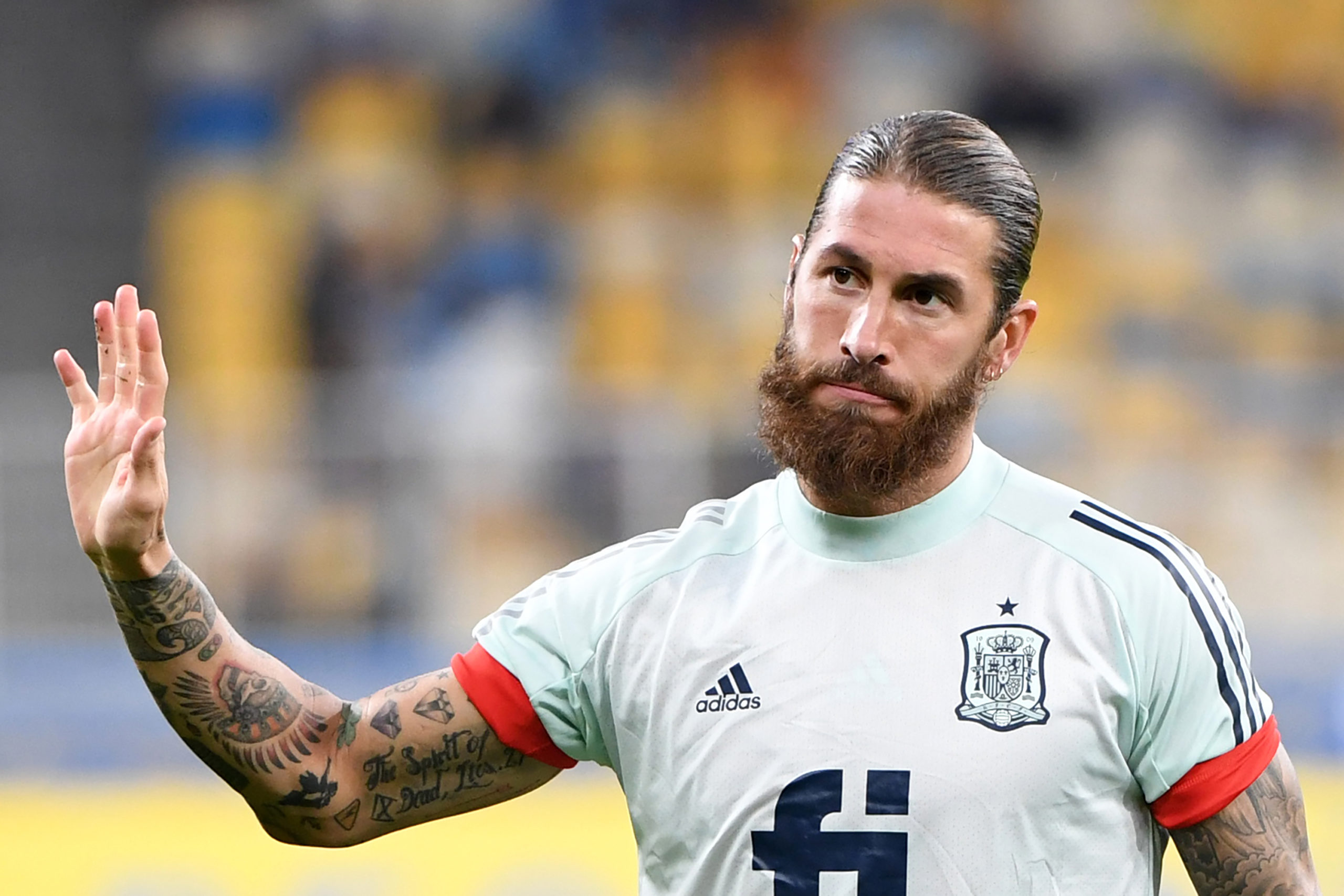 According to Marca, Real Madrid captain Sergio Ramos will be in contention to face Barcelona in Saturday’s El Clasico at the Camp Nou.

The Spaniard sustained a knock to his knee during the La Liga clash against Cadiz last weekend, where Los Blancos suffered a shock 1-0 defeat.

Ramos has since been training individually away from his teammates and he recently saw Los Blancos suffer another surprise loss, this time to Shakhtar Donetsk.

The 13-time European champions were favourites to beat the Ukrainian giants, but they were caught by surprise as Luis Castro’s side went 3-0 up in the first half.

After the interval, Los Blancos staged a mini-comeback with goals from Luka Modric and Vinicius Junior, but Shakhtar managed to hold on for a memorable win in Madrid.

Zinedine Zidane was partly to blame for the result as he chose to start the likes of Kroos and Karim Benzema on the bench with the view to keeping them afresh for the weekend’s El Clasico.

Meanwhile, Ramos has been performing drills without the ball over the past few days, but it is reported that he will return to first-team training on Friday and is expected to start against Barcelona unless it is deemed a ‘major risk’.

Los Blancos ended the previous league campaign on a high note by winning the La Liga crown for the first time in three years. They managed to do so by going on a stunning 10-match winning run.

The start of the current season has been far from ideal with Dani Carvajal (medial ligament), Eden Hazard (hamstring), Alvaro Odriozola, Martin Odegaard (both calf) and Mariano Diaz (tonsillitis) all on the sidelines.

The capital outfit have already dropped five points from the opening five games of the new league campaign, but they are still only one point behind leaders Real Sociedad with a game in hand.

Ramos remains an invaluable member of Zidane’s starting XI and it won’t come as a surprise, if he makes the playing field, even if he is not 100 percent fit. The 34-year-old played a key role in restricting the goal threat from Lionel Messi and Barcelona in the El Clasico meetings last season.

Los Blancos were able to end their nine-match winless streak against their arch-rivals last term while avoiding a defeat, home and away, which they previously achieved during the 2012/2012 campaign.