Real Madrid without specialist right-back after injury to Alvaro Odriozola 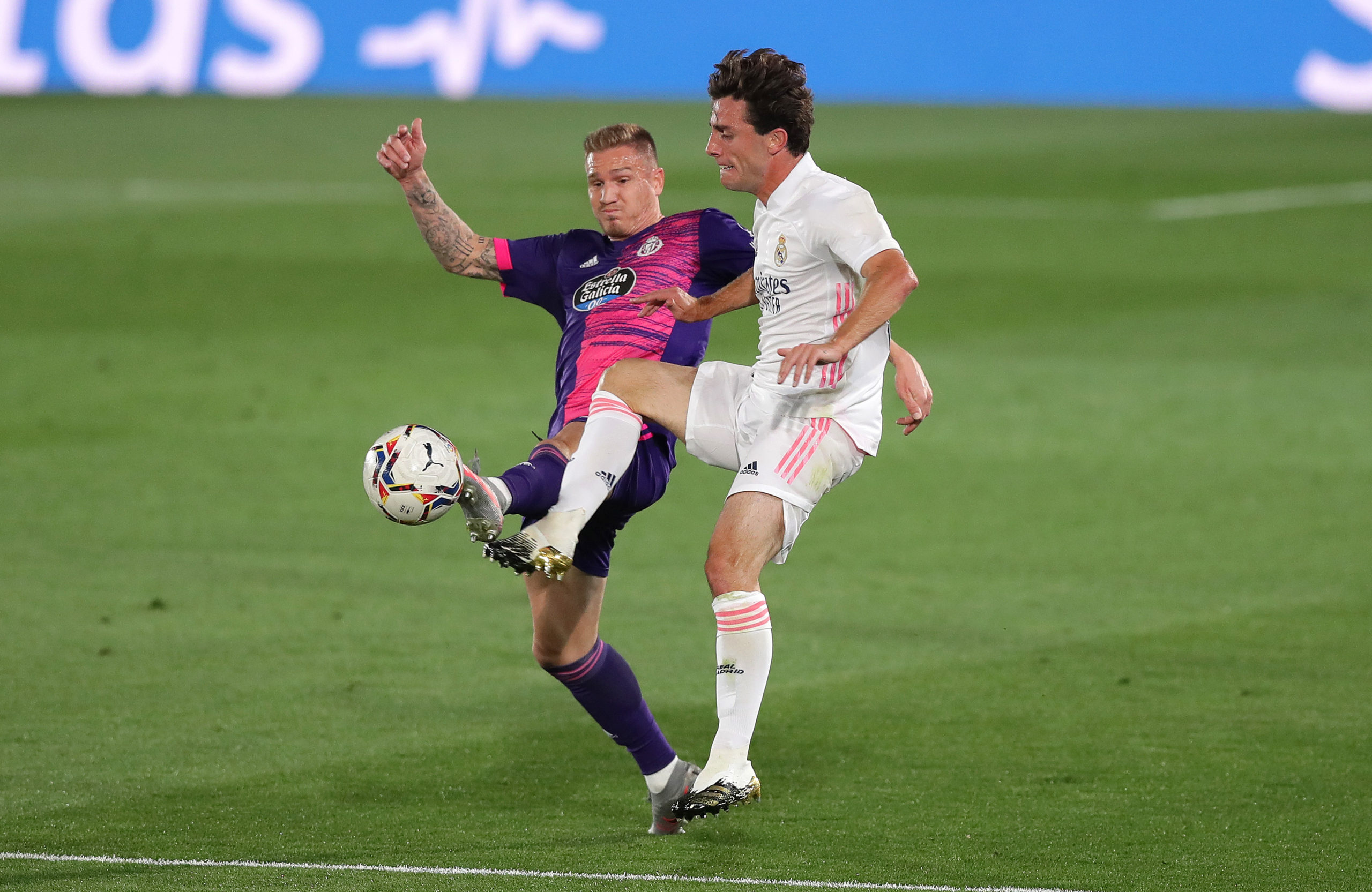 Real Madrid find themselves without a specialist right-back for tomorrow’s La Liga clash at Levante following an injury to Alvaro Odriozola.

Earlier on Friday, Los Blancos confirmed that Dani Carvajal had sustained a knee injury and it has been reported that he could be out of action for the next two months.

With Eder Militao (hamstring) also sidelined, Odriozola was expected to start his second-straight league game, but that won’t be the case after he picked up an injury of his own.

Los Blancos have confirmed that the 24-year-old has suffered an injury to the calf muscle in his left leg and that will keep him out of the weekend trip to Valencia.

With the latest setback, Zinedine Zidane has no specialist right-backs at his disposal and he may have to find a makeshift option for the forthcoming league clash at the Ciutat de Valencia Stadium.

Nacho Fernandez has been Los Blancos’ utility man over the years and the Spaniard is capable of playing at the heart of the backline as well as in both full-back positions.

He should be the immediate choice to fill the right-back void. Lucas Vazquez is another option for Zidane alongside Ferland Mendy, who made a solitary appearance in the position in July this year.

Los Blancos have accumulated seven points from the opening three games of the season. They could potentially move to the top of the standings with a match in hand, should they beat Levante on Sunday.

The game won’t be straightforward for them, given Levante have been their bogey team in recent times. Out of their previous six meetings in La Liga, Los Blancos have come victorious on only two occasions.