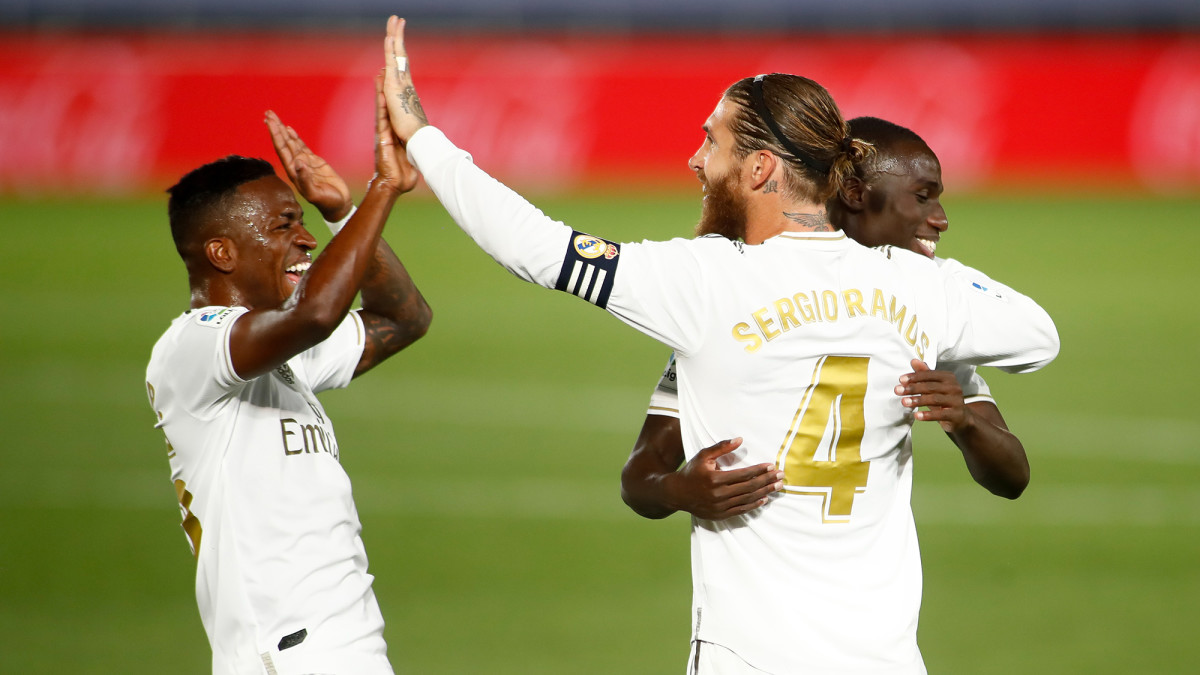 Real Madrid returned to the top of the Spanish La Liga following their 2-0 win over Mallorca at the Alfredo di Stefano Stadium on Wednesday night.

Earlier on Tuesday, Barcelona’s narrow 1-0 win over Athletic Bilbao saw them take the lead in the league standings, but Los Blancos were able to respond with their game in hand.

Vinicius Junior handed Zinedine Zidane’s side a first-half lead following his 19th-minute goal and the advantage was doubled before the hour mark with Sergio Ramos scoring with a stunning free-kick which found the top-left corner.

As a result, Los Blancos reclaimed their spot at the top of the table ahead of Barcelona by virtue of having the superior head-to-head record in the league meetings between them this season.

With another seven games left in the campaign, the title race appears set to go down to the wire, but it is Los Blancos’ to lose at the moment, given they will lift the Spanish crown, so long as they win their remaining matches.

The Blaugrana face Celta Vigo on the road on Saturday before their testing challenge against Atletico Madrid at home three days later. Meanwhile, Los Blancos travel to bottom club Espanyol for the weekend clash before they host Getafe next Thursday.