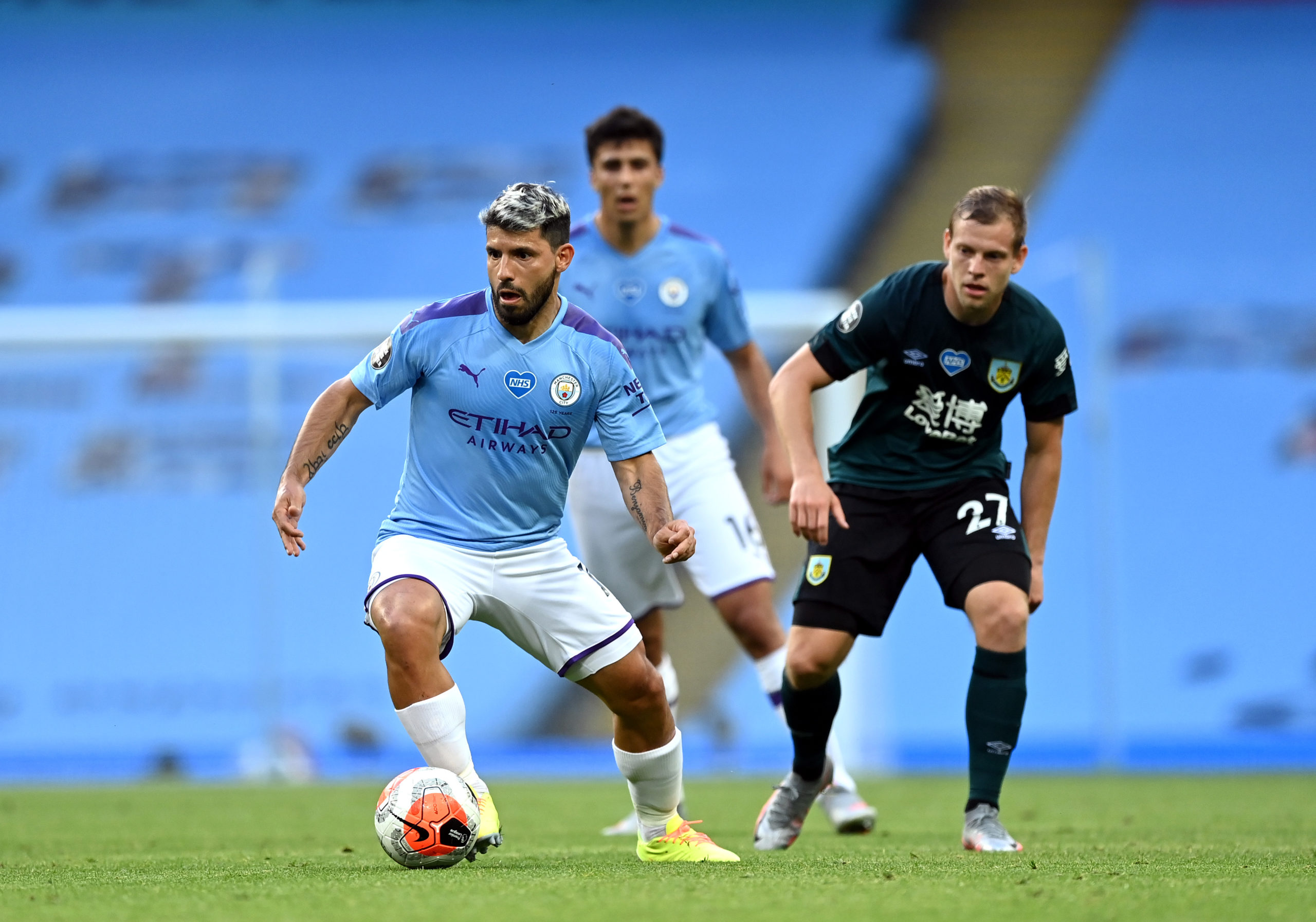 Real Madrid have received a boost ahead of next month’s Champions League clash against Manchester City with Sergio Aguero expected to miss the encounter.

Aguero underwent an emergency knee surgery following the Cityzens’ 5-0 league win over Burnley last month, but manager Pep Guardiola was hopeful that he could return to face Los Blancos.

However, speaking after the club’s 5-0 win over Norwich City, Guardiola confirmed that Aguero won’t recover in time, he told: “No, I think it will not be possible for the timing.”

The Cityzens are holding a 2-1 lead over Los Blancos after the away leg of the Champions League round of 16 and they are scheduled to host the Spanish champions at the Etihad Stadium on August 7.

The absence of Aguero is definitely a boost for Zinedine Zidane’s side, but it can be noted that the Cityzens won at the Bernabeu earlier in February when the Argentine was an unused substitute.

Meanwhile, the Madrid giants will be without their talismanic captain in Sergio Ramos for the second leg after the centre-back was sent off during the closing stages of the reverse fixture.

That definitely evens things up for the upcoming European clash, but Los Blancos are currently in a much better shape when compared to the first leg between the sides.

The club went on a 10-match winning streak to comfortably reclaim the La Liga title from Barcelona and they should go into the Etihad clash with much optimism than in February, where they were winless in two games before the European meeting.