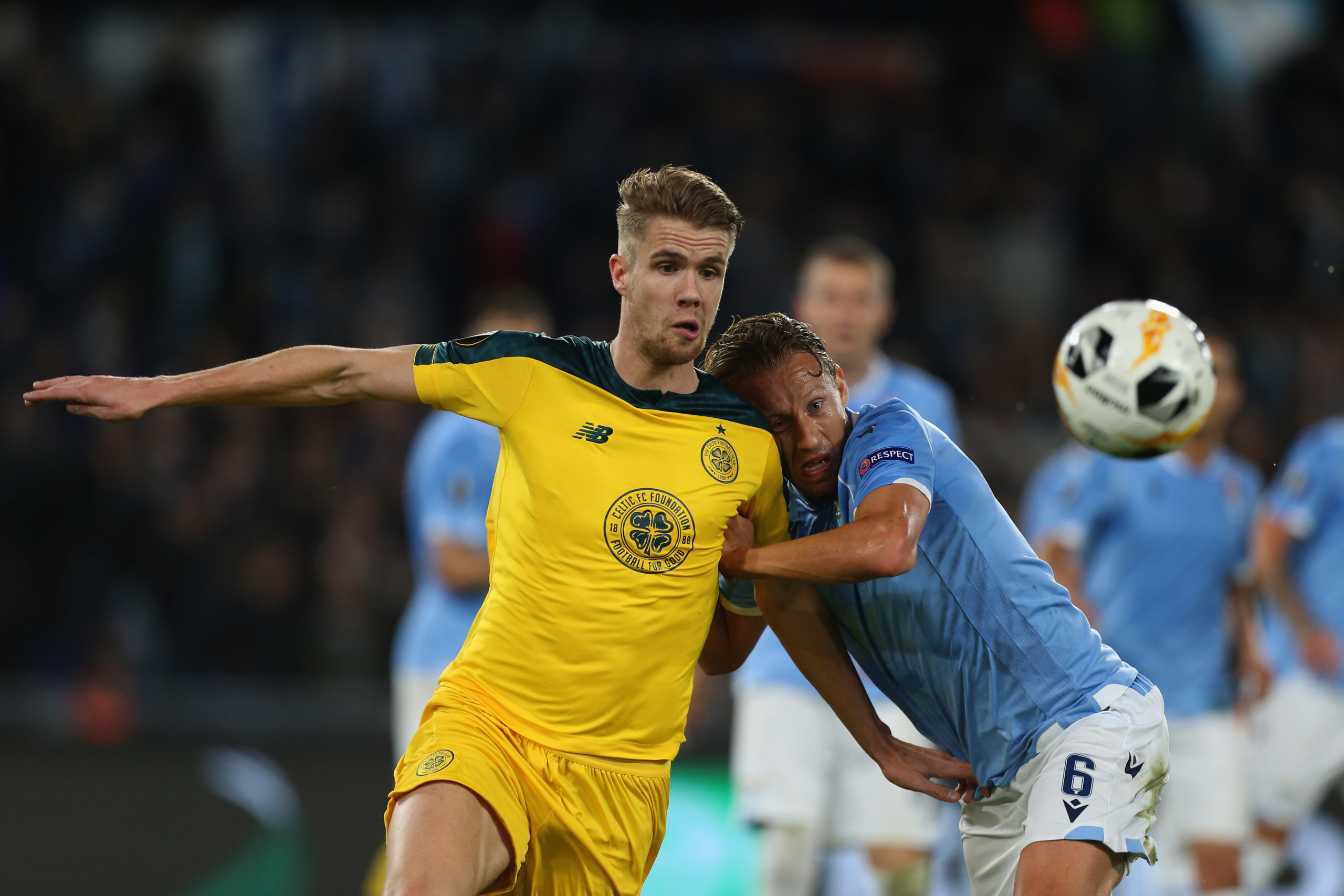 Real Madrid could make a surprise approach to sign Kristoffer Ajer from Celtic during the summer transfer window, a report from Mundo Deportivo claims.

The Bernabeu giants have relied on Raphael Varane and Sergio Ramos as the regular pairing at the heart of the defence but they are looking into a long-term replacement for the latter, who is already 34.

Ramos’ current deal with Los Blancos is due to expire at the end of next season and it is unclear whether he will be offered a new long-term deal with the club.

Amidst this, they have been linked with a number of promising centre-backs including Dayot Upamecano of RB Leipzig, but Mundo Deportivo claims that Ajer is one of the players on their radar.

The Norway international has been a key performer for the Scottish champions over the past few years and he has caught the eye with his transformation from a holding midfielder to a regular centre-back.

He is part of the modern generation of Norwegian stars which include Erling Braut Haaland, Sander Berge and Martin Odegaard. Odegaard, who is currently on loan away from Los Blancos, is deemed to have recommended the signing of his compatriot.

The 22-year-old has been one of the most consistent players in the Scottish Premiership and he has recently been fancied to make the step up to the Premier League with Leicester City, who are managed by ex-Celtic boss Brendan Rodgers.

A move to the Spanish capital with Los Blancos remains an option which is hard to refuse for most players but Zinedine Zidane’s side could be taking a risk, considering the defender has yet to prove himself in any of Europe’s elite leagues.

They currently have Eder Militao and Nacho as the back-up central defensive options but the latter has fallen out-of-favour and failed to make the matchday squad on numerous occasions this term. There are high expectations on Militao but he has not received a consistent run of playing time (only seven league starts) to prove himself.

Should Ajer join them, he would obviously become the third or fourth-choice defender, given Ramos is unlikely to be dropped being the captain. He could be better off making the switch to the east Midlands with the Foxes, where he has the chance of replacing Jonny Evans. He could be paired alongside the impressive Caglar Soyuncu.