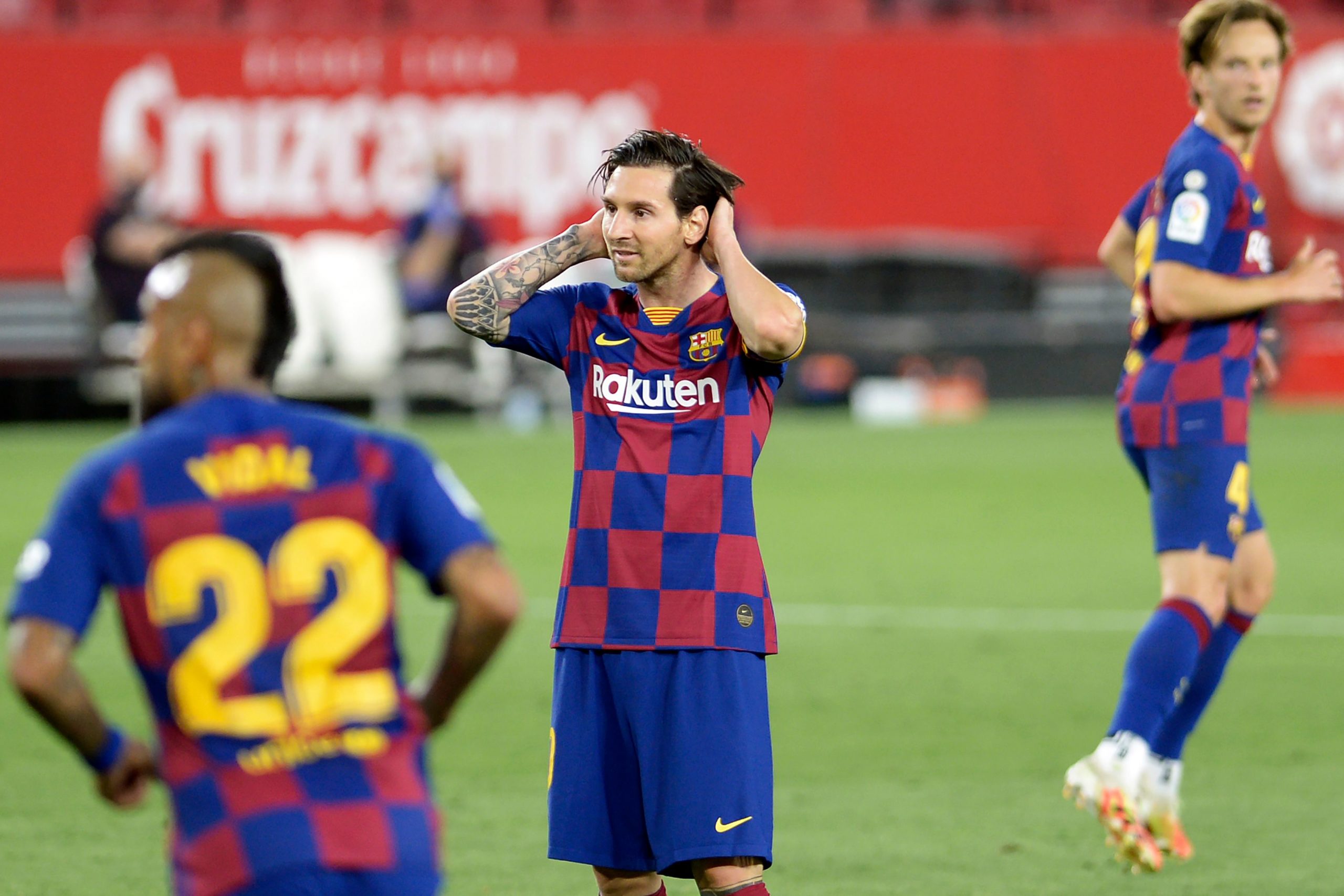 Real Madrid have been handed the opportunity to leapfrog Barcelona to the top of the La Liga table after the Blaugrana played out a frustrating 0-0 draw against Sevilla on the road.

The Catalan giants went into the recent game against Sevilla with the opportunity to go five points ahead of Los Blancos, but they were unable to do so in a lacklustre performance where they managed only three shots on target.

With the goalless statemate, Quique Setien’s side have extended their advantage to three points at the top of the standings, but Los Blancos will have the chance to jump ahead of them, suppose they are able to beat Real Sociedad in their game in hand on Sunday night.

The Blaugrana currently have the better goal difference between the clubs but that won’t come into the play, considering La Liga gives first preference to the head-to-head record. In terms of this statistic, Zinedine Zidane’s side hold the advantage after picking up a draw and a win over their El Clasico rivals this term.

The La Liga title race has been difficult to predict this season with both teams dropping points at different intervals. Los Blancos now have the destiny in their own hands as they can lift the title by winning their remaining nine games, but that is far easier said than done.

They will face Sociedad on the road on Sunday night. The hosts have played out back-to-back winless games following the season restart, but Los Blancos won’t be expecting an easy encounter. Sociedad have recently been a bogey club for them and have won three of the previous four meetings across all competitions.