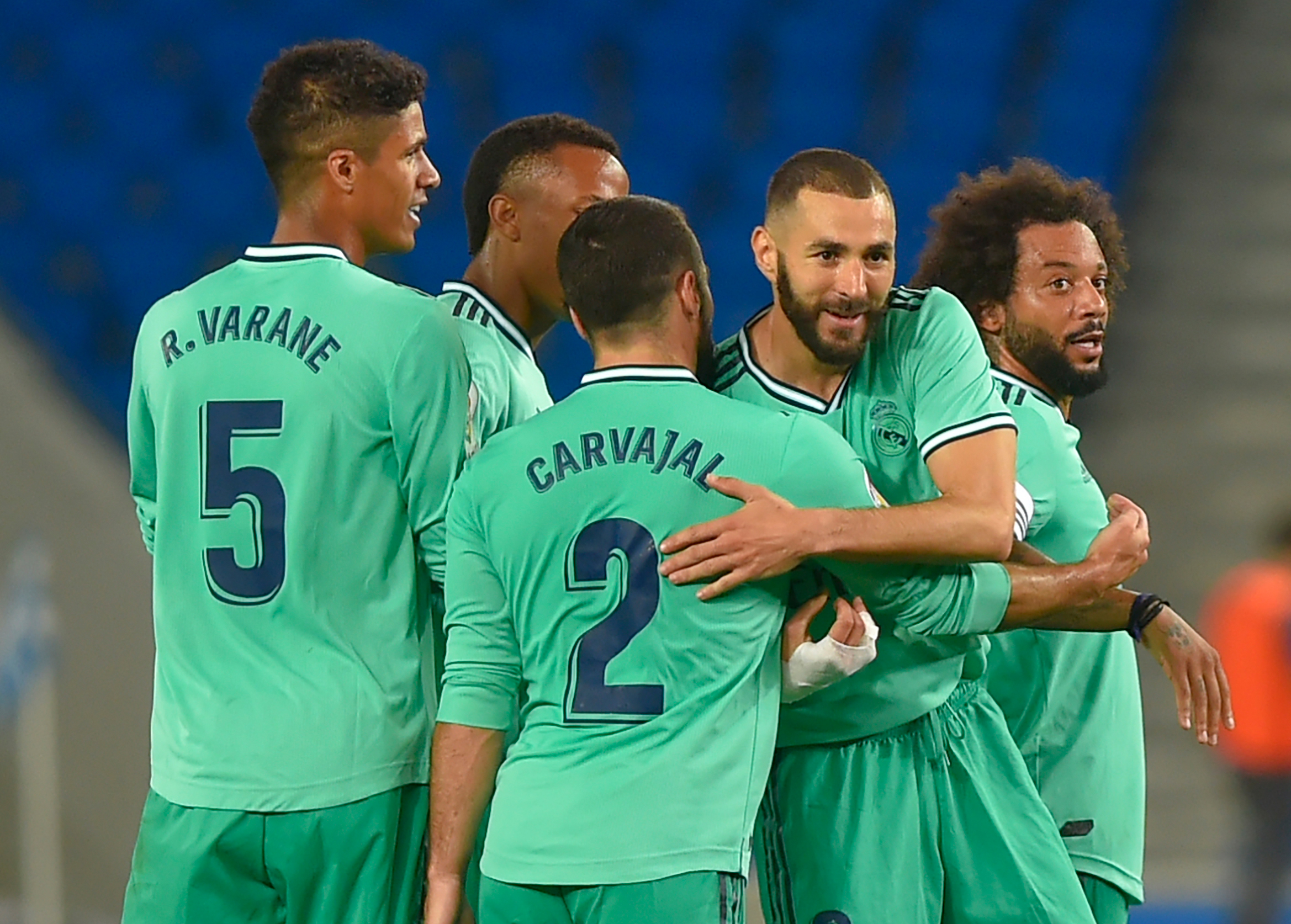 Real Madrid reclaimed the top spot in the Spanish La Liga following their slender 2-1 win over Real Sociedad on the road on Sunday night.

Los Blancos were two points behind league leaders Barcelona at the season resumption and they were able to win their first two games to maintain their gap to the Blaugrana.

Earlier on Friday, the Catalan giants dropped their first points since the restart with a 0-0 draw at Sevilla and that provided Los Blancos the chance to jump to the top of the table.

Zinedine Zidane’s side needed a victory against Sociedad to leapfrog their arch-rivals to the top spot on the head-to-head record and they managed to successfully do so.

After a frustrating opening half, Los Blancos took the lead from the penalty spot through Sergio Ramos in the 50th minute. Adnan Januzaj appeared to have equalised for Sociedad with a superb strike in the 68th minute, but the goal was cancelled after Mikel Merino, who was in an offside position, was adjudged to have blocked the view of goalkeeper Thibaut Courtois.

Karim Benzema, who recently became Los Blancos’ fifth highest goalscorer in history, doubled the advantage shortly after, but the club had to face a nervous finish after Merino pulled one goal back for Sociedad, seven minutes from time.

With the victory, the Madrid giants have taken the first position for the 10th matchday this season and it will be interesting to see whether they can win their remaining eight games of the league campaign to lift the title for the 34th time in their 118-year history.