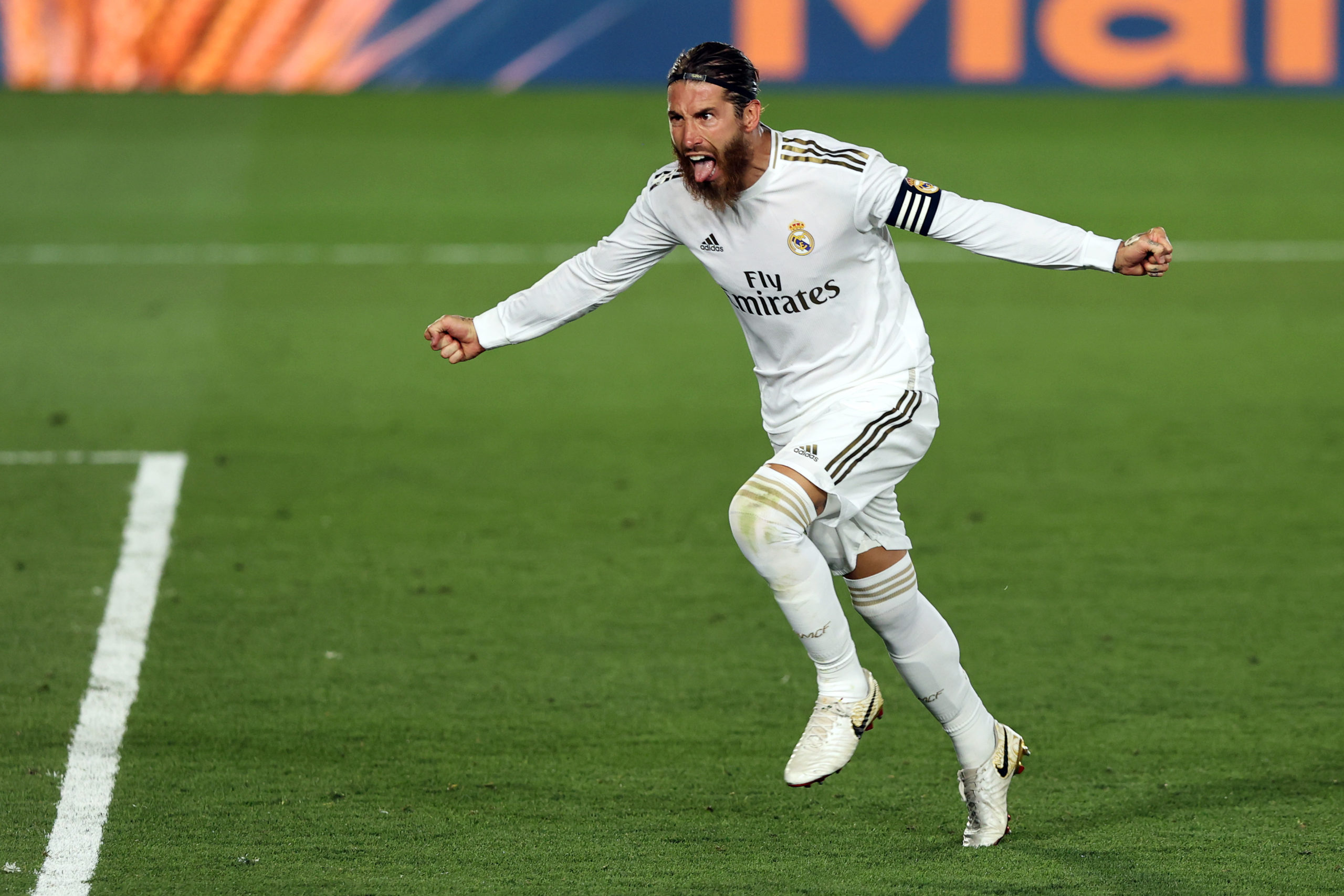 Real Madrid went four points clear of Barcelona at the top of the Spanish La Liga following a 1-0 win over Getafe on Thursday night.

Los Blancos boosted their title push with the victory over Getafe, but they had to work hard for the result at the Alfredo Di Stefano stadium.

Unlike in recent games, the capital outfit struggled to find the incision in their gameplay and they managed just two attempts on target until the final quarter of the contest.

Zinedine Zidane’s side appeared to be heading for a frustrating stalemate before they were awarded a penalty in the 78th minute for the foul on Dani Carvajal.

The resultant spotkick was converted by Sergio Ramos for his 11th goal of the season and that ensured that Los Blancos took a four-point lead at the top of the standings.

With the victory, Los Blancos have preserved their 100 percent win record since the season resumption after the COVID-19 break. With another five games to play, they need a maximum of 11 points to become the new league champions.

Should both Real Madrid and Barcelona remain tied on points at the end of the campaign, the former would be crowned as the La Liga champions, given they have the advantage in the head-to-head record over the Blaugrana this term.