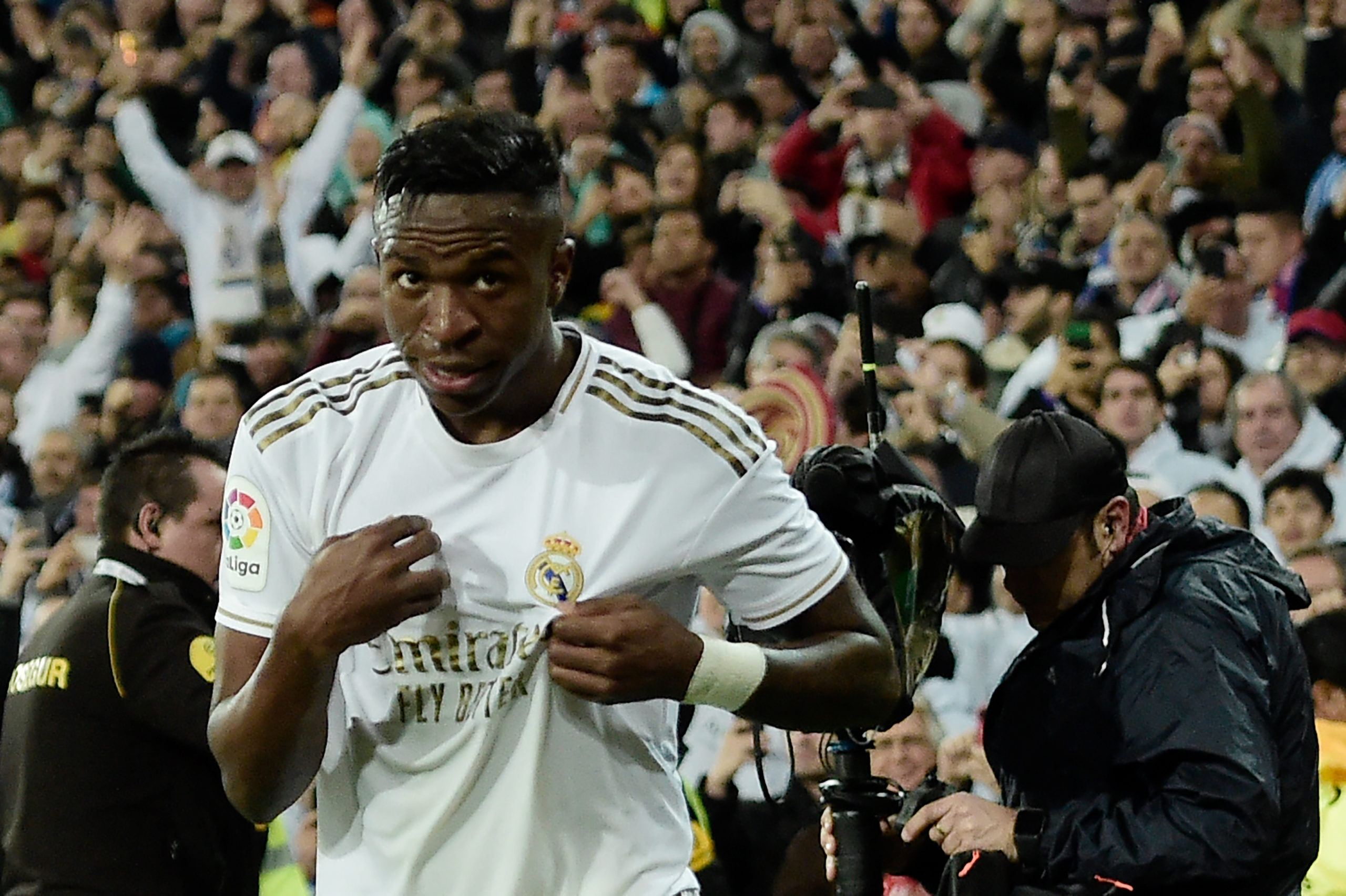 Real Madrid forward Vinicius Junior has said that he wants to win the La Liga title this term in order to bring the smile back on their fans’ faces in what has been a difficult year.

The Spanish top-flight has been closely contested this season and prior to the coronavirus shutdown in March, Los Blancos found themselves just two points behind arch-rivals Barcelona at the top of the table.

Speaking exclusively to Marca, Vinicius said that his team have been better in the El Clasico games during the current campaign, having bagged four points from the two meetings.

Los Blancos took a one-point lead over the Blaugrana with their El Clasico victory on March 3 but just days later, they squandered the advantage with a disappointing 2-1 defeat to Real Betis on the road.

He added that the result was a ‘great shame’ for the club but they are determined to put the smile back on their supporters’ faces by winning the La Liga crown when the season recommences.

“I’ve watched the games again and I think so. I think we were better than them in more aspects,” He told.

“We know that winning the league isn’t going to be a solution for big tragedies, but it would be something to smile about, something to be happy about.”

“The result against [Real] Betis [2-1 loss was a great shame. Now, we have a mission we can’t fail. We can’t fail and we’re not going to fail.”

The Spanish government has allowed up to 10 players to practice together and the La Liga is gearing up for a restart by mid-June, according to the league’s president Javier Tebas.

Aside from La Liga, Los Blancos also have to concentrate on their Champions League campaign where they are yet to play the second-leg of their round of 16 tie against Manchester City.

As things stand, the elite competition appears unlikely to recommence before August and the club will be hoping that they can end their two-year wait for the La Liga title and carry the momentum forward to face the Cityzens.

Zinedine Zidane’s side are trailing the Cityzens by a 2-1 score after the first leg at the Bernabeu. The club’s faithful will be hoping that they can overturn the deficit and avoid a round of 16 exit for the second season running.