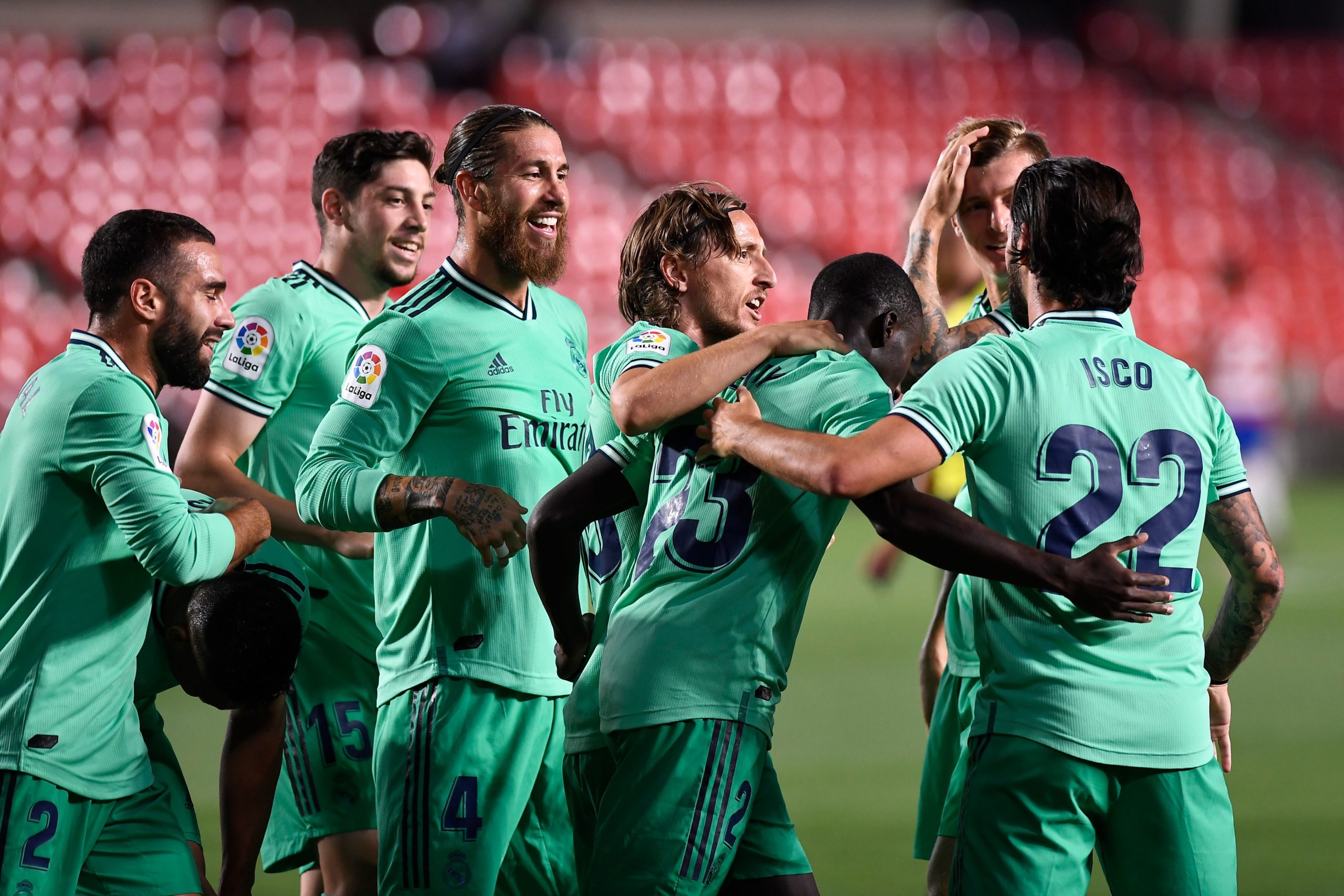 Real Madrid have their first chance to clinch the Spanish La Liga title when they entertain Villareal at the Alfredo Di Stefano stadium on Thursday night.

Zinedine Zidane’s side have been in tremendous form since the season resumption after the COVID-19 break and they have accumulated the perfect tally of 27 points from nine matches.

In the same period, arch-rivals Barcelona have managed only 21 points and that has helped Los Blancos take a commanding lead at the top of the standings with two games to play.

The capital outfit were two points adrift of the Blaugrana after the shock 2-1 defeat at Real Betis prior to the shutdown in March, but they have since gained a four-point lead over Quique Setien’s side, who have won six and drawn three of the previous nine games.

Barcelona’s game versus Osasuna will be played simultaneously with that of Los Blancos. A victory for Zidane’s men would see them lift the La Liga title after a three-year wait.

They would also win the trophy, suppose the Blaugrana, who are the two-time defending champions, drop points against Osasuna in their home patch. Only a victory for the Blaugrana combined with a draw or defeat for Los Blancos would take the title race into the final matchday.

Should both teams end on equal number of points following the 38th and final game of the campaign, Real Madrid would be named as the new league champions as they have got the better of their El Clasico rivals in the head-to-head games this term.