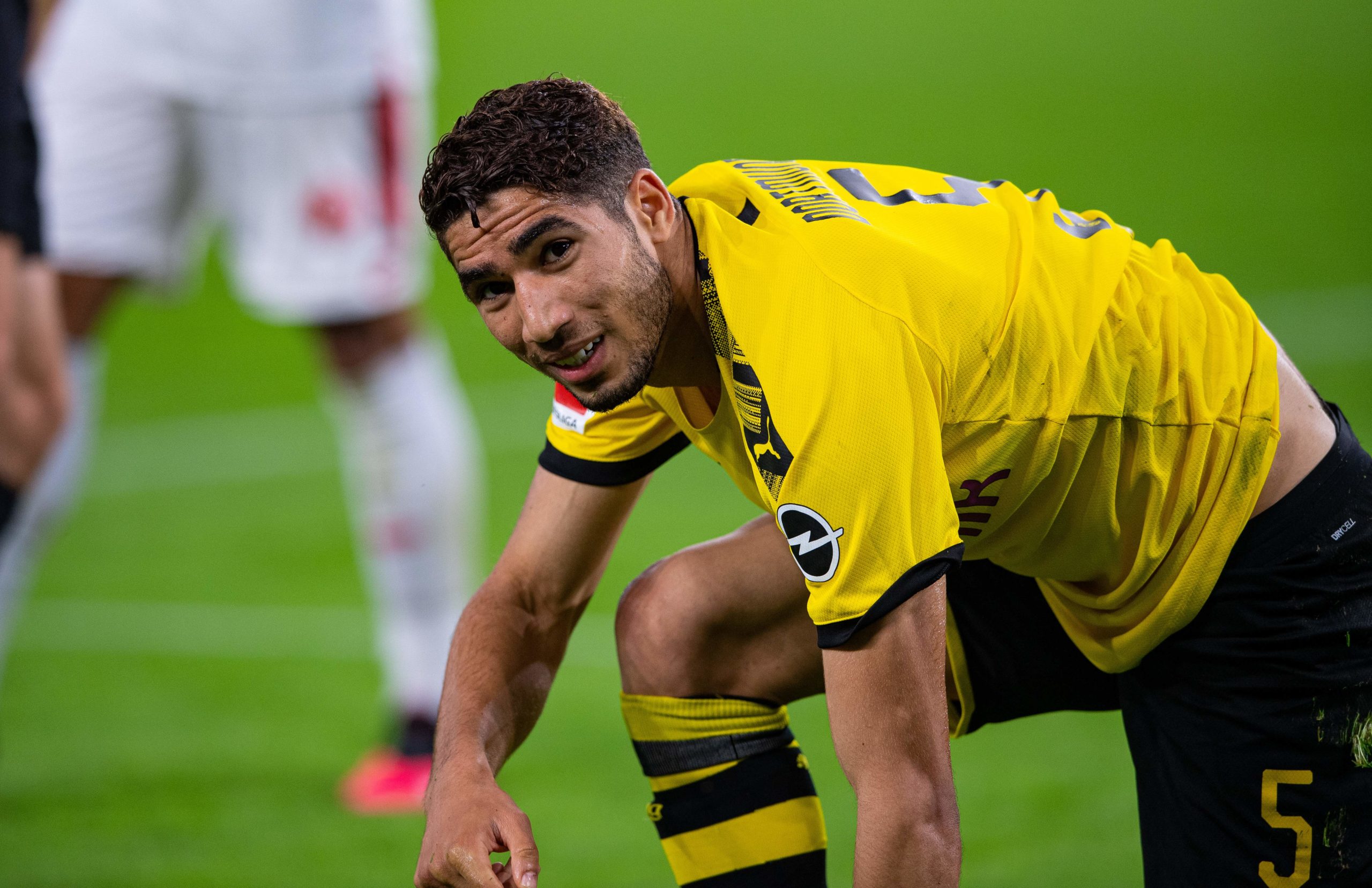 Serie A giants Inter Milan are understood to be in advanced negotiations with Real Madrid to land the signature of Achraf Hakimi this summer, Gianluca di Marzio reports.

Hakimi has spent his time on loan at Borussia Dortmund since the beginning of the 2018/19 season, but he is expected to return to the Bernabeu when his temporary deal expires on June 30.

Earlier last month, Hakimi’s agent Alejandro Camano said that the defender sees his long-term future at Los Blancos and he may not necessarily push for a permanent departure.

However, that does not appear the case with Gianluca di Marzio now reporting that the Nerazzurri are on the verge of signing the Moroccan on a permanent basis from the capital outfit.

Hakimi is understood to have given the green light to join Antonio Conte’s side and it is revealed that the Nerazzurri had initiated talks to sign the versatile full-back three months ago.

Hakimi is capable of playing in both full-back positions, but he is more effective playing in the wing-back roles which suits Conte, who has stuck with a 3-5-2 formation since taking charge of the club.

The Morocco international has bagged 12 goals and 17 assists for Dortmund from 72 outings. In the current season, he has registered nine goals and 10 assists from 44 appearances in all competitions.

Dortmund end their Bundesliga campaign with a home game against Hoffenheim this weekend. Hakimi is expected to make his farewell from the right wing-back position, where he has mostly played in the backend of the season.

Lucien Favre’s side have already signed a replacement in the form of Thomas Meunier, who will join on a free transfer. Meanwhile, Hakimi appears set to pursue a fresh challenge in the Serie A and it is reported that Inter will pay a £36m fee for his services.

Hakimi should be guaranteed regular playing time from the starting lineup at the Nerazurri unlike at Los Blancos, where he would have to play deputy to the likes of Carvajal, Ferland Mendy and Marcelo for the full-back positions.