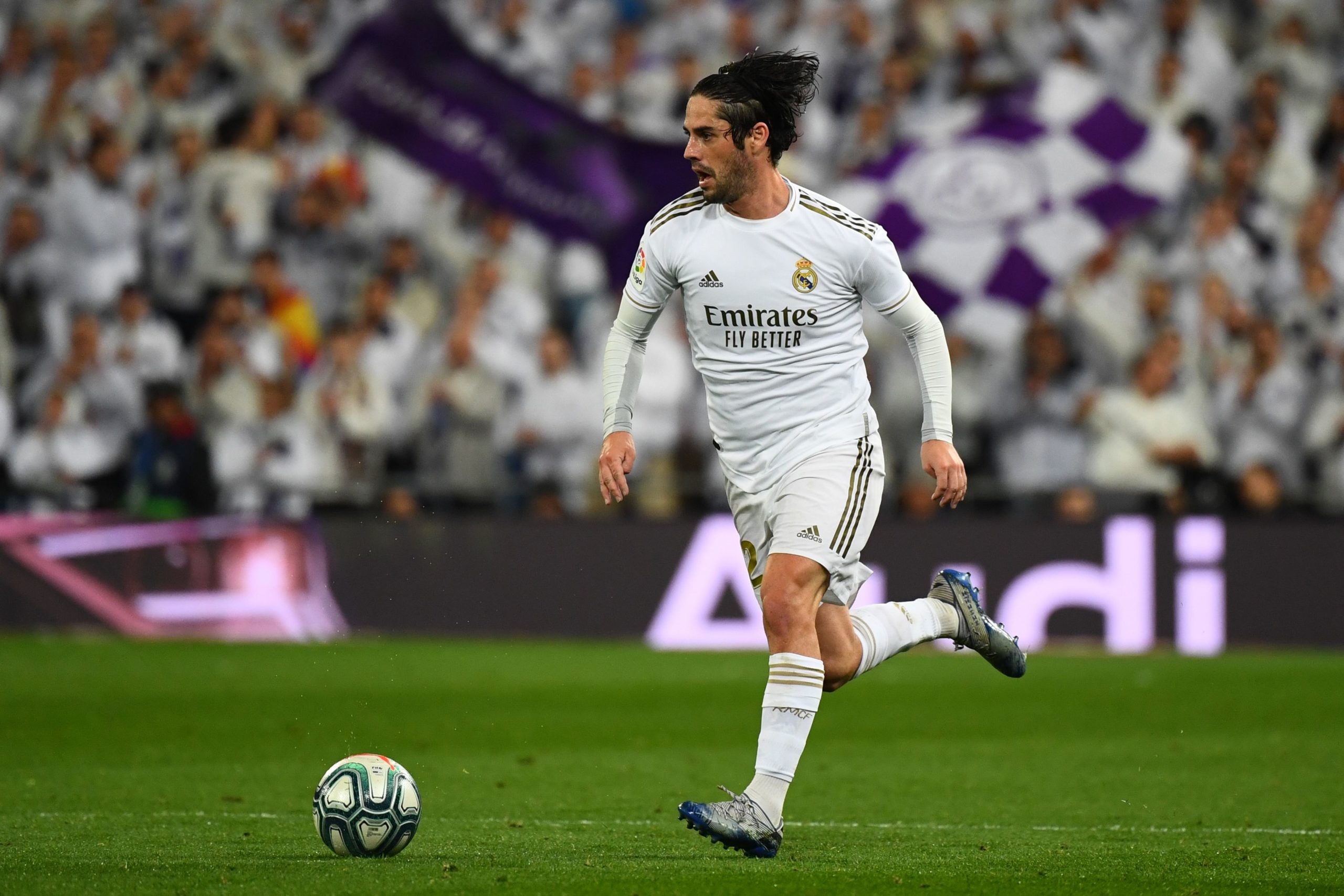 Real Madrid have confirmed that Isco won’t feature in the upcoming La Liga clash against Valencia after suffering a hamstring injury to his right thigh.

The Spain international was an unused substitute in the club’s season restart against Eibar last weekend, but it was likely that he would face Valencia as part of Zinedine Zidane’s rotation.

However, he won’t get the opportunity to do so after sustaining a hamstring problem in the lead-up to the contest and he could be sidelined for a fair amount of time.

The former Malaga man was recently named in the 23-man squad for the midweek game, but it appears that he may have picked up the injury in the final training session.

Despite Isco’s absence, Zinedine Zidane has a number of options to choose from in the attack and he could welcome the return of Marco Asensio to the pitch following his recovery from a serious knee injury picked up on pre-season duty.

Still, the club can’t afford any more injuries in the attacking department. Apart from Isco, Luka Jovic (foot), Mariano Diaz (muscle), Lucas Vazquez (calf) are among the other forwards, who are currently sidelined and unavailable for first-team action.

Elsewhere, versatile defender Nacho is the other absentee. Similar to Isco, the Spaniard was diagnosed with a hamstring injury prior to the club’s first league game following the coronavirus shutdown.

Real Madrid are currently five points behind table-toppers Barcelona, who have played an extra game. They have the opportunity to reduce the gap back to two points with a victory over Los Che at the Estadio Alfredo Di Stefano tonight.