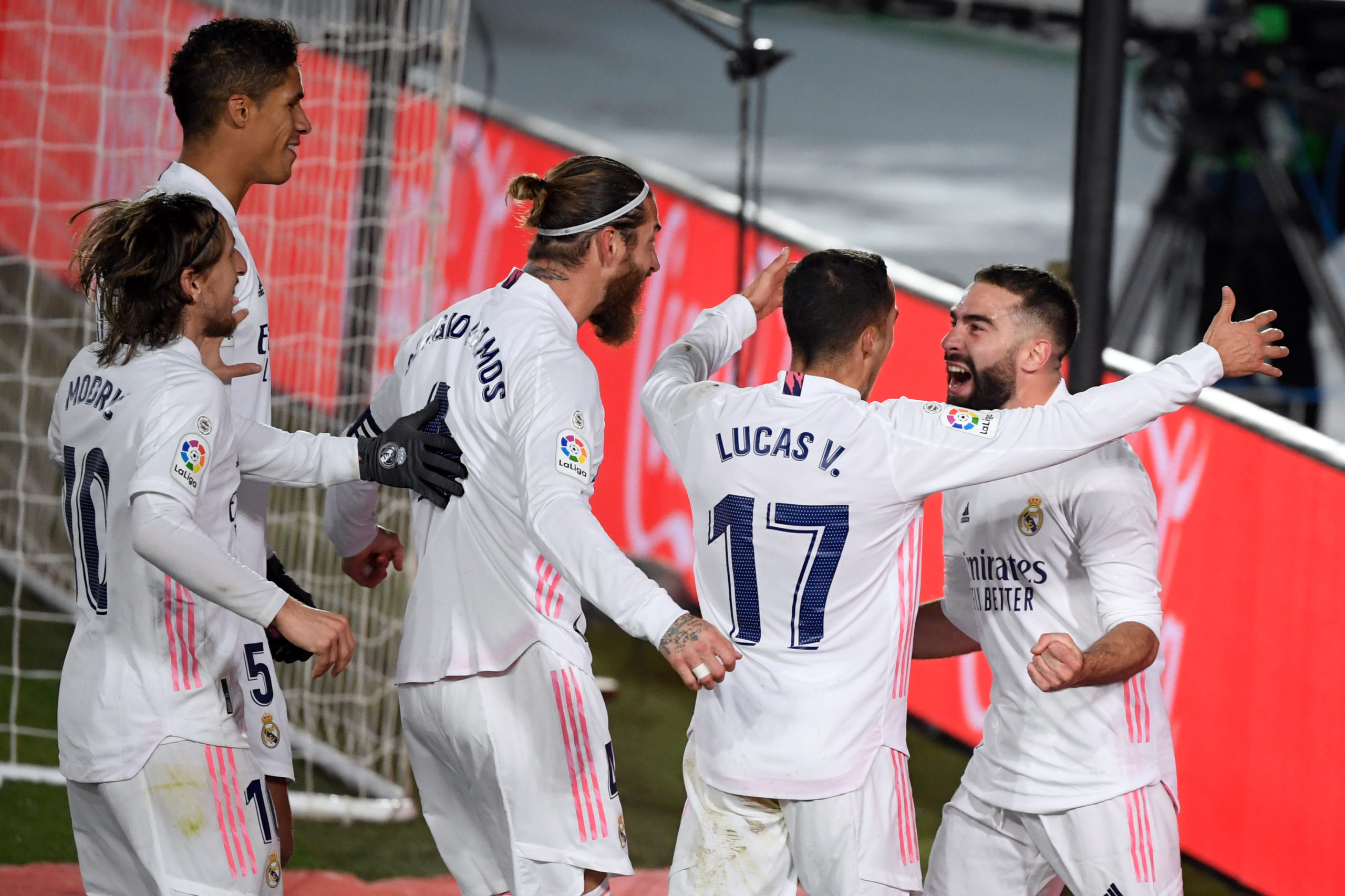 Real Madrid delivered a statement win over Atletico Madrid in the Spanish capital derby on Saturday to put themselves third on the La Liga table.

Zinedine Zidane’s side have picked up momentum in recent games with impressive wins over Sevilla and Borussia Monchengladbach, but they still faced a testing challenge against an in-form Atletico side.

The visitors had won each of their seven league games leading up to the derby, but they were outclassed by their reigning champions, who beat them in the league for the second time this year.

Casemiro opened the scoring for the hosts in the 15th minute with a header from a Toni Kroos corner. The advantage was doubled after the hour mark after Dani Carvajal’s thunderous low shot slammed the woodwork and went in off Jan Oblak’s back.

With the 2-0 win, Los Blancos have moved to third on the league table. They are now within three points of table-toppers Atletico, but have played an extra game more than their cross-town rivals.

Karim Benzema entered the Real Madrid record books on Saturday as he became the foreign player with the most number of appearances (528) in the club’s history. In doing so, he surpassed the feat previously held by the iconic Roberto Carlos, who was in attendance for the game.

His long-time teammate Sergio Ramos also created history by making the most appearances in the Madrid derby. The Spain and Los Blancos captain played the derby for the 43rd time in all competitions, surpassing club legends Paco Gento and Manolo Sanchis.

Los Blancos have historically been dominant in the Madrid derby and they have now gone unbeaten for the ninth successive La Liga clash (four wins and five draws). In doing so, they ended Atletico’s seven-match winning league streak and inflicted a first defeat in the competition for them after 26 matches. Atletico’s previous league loss (1-0) came against the same opposition back in February.

Zidane’s future with Real Madrid was brought to speculation earlier this month after his team picked up just one win from five matches in all competitions (three defeats and one draw). However, he has managed to turnaround their fortunes with three wins on the bounce while keeping clean sheets in each. Prior to that, they had shutout their opponents in just one of the previous 11 matches in all competitions.

Atletico conceded two goals against Los Blancos on Saturday, which was the same they had allowed during their first 10 matches of the campaign. Meanwhile, Diego Simeone’s side also went behind for the first time in the La Liga this term and could not recover the deficit. They are now winless against Los Blancos in the league since February 2016.

Real Madrid vs Atletico Madrid: Three players to watch out for
Champions League round of 16 draw: Spanish clubs know their opponents