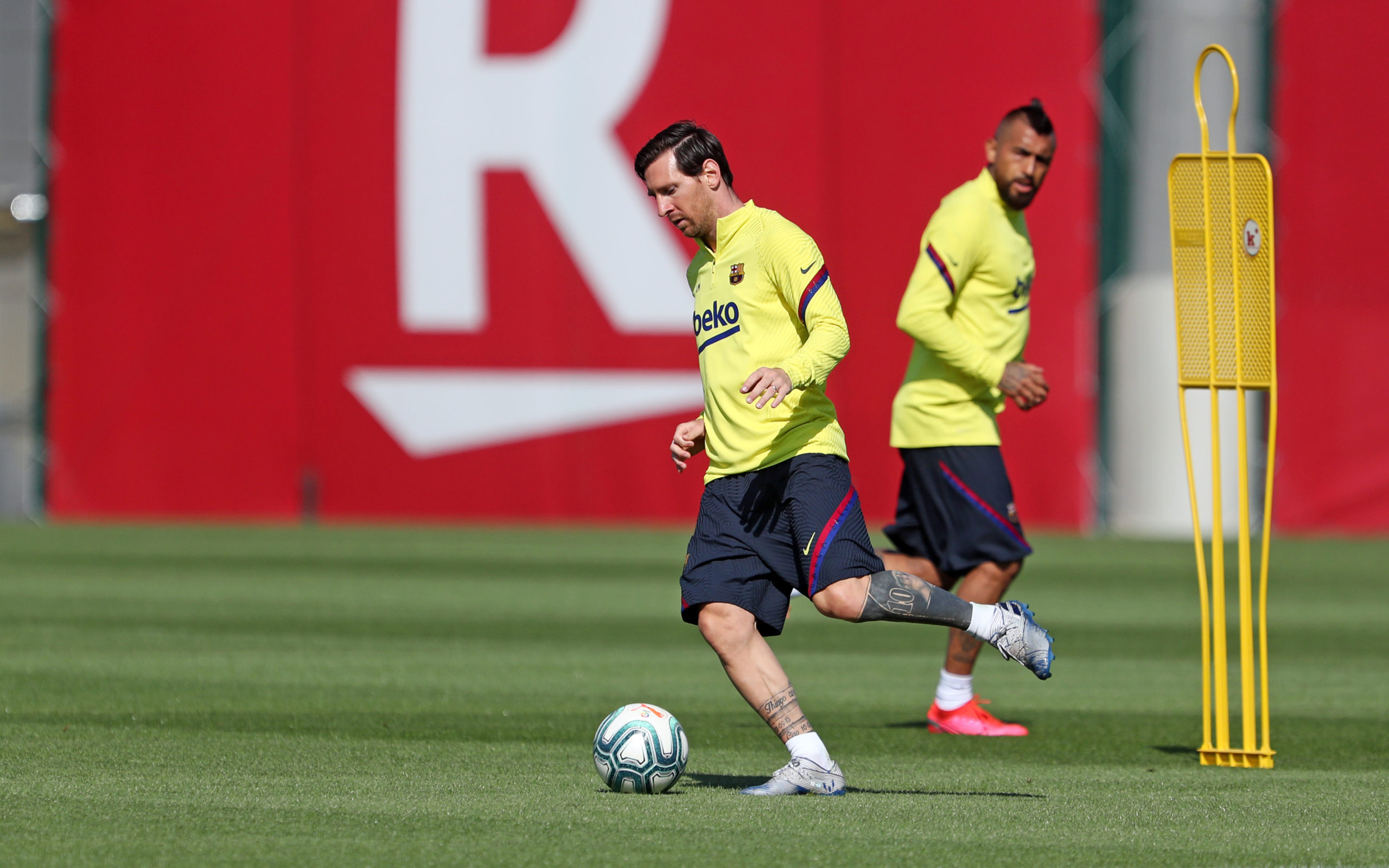 The president of youth football at Racing Club has revealed Lionel Messi has made a personal phone call to lure Lautaro Martinez to Barcelona during this summer’s transfer window.

Martinez, who began his career with Racing Club, has made impressive progress during his one-and-a-half seasons with Inter Milan with 25 goals and five assists from 66 appearances.

He has now been fancied to make the big-money move to the Blaugrana and Adrian Ruben Fernandez, who discovered Martinez for Racing Club, has revealed that Messi is doing his part to convince the striker to join him at the Camp Nou.

“Messi called him and wants him by his side soon, I have no doubt. For that reason, the deal to sign him is almost there. I know things will go well in Barcelona and that Lautaro will be an excellent replacement for Suarez. He’s the ideal heir. Thanks to Barça he will continue to grow as a player and a man,” he told Sport.

Martinez has proved the perfect foil for Romelu Lukaku in the Nerazzurri attack this term and the duo have netted a combined 39 goals during the course of the current season.

He currently has a release clause of around £99m on his contract and the Blaugrana are unlikely to trigger the value, particularly with their debts totalling to nearly £100m and the financial impact of the coronavirus pandemic.

Ivan Rakitic, Arturo Vidal, Samuel Umtiti and Philippe Coutinho are some of the high-profile names who have been fancied to head through the exit door, and it appears that any move for Martinez could be dependent on multiple player exits.

A swap agreement could be another option for the Blaugrana but it is unclear whether the Nerazzurri won’t entertain such an offer for a player, who is entering the prime phase of his career and looks set to become a star of the future.

Barcelona definitely need to reinforce the striker’s position ahead of next season with Luis Suarez tending to struggle with regular knee injury concerns over the past 18 months.

Antoine Griezmann has not been able to impress sufficiently since his high-profile switch from Atletico Madrid last summer and he has bagged only eight goals from 26 league outings.

The Frenchman has looked much comfortable playing from a wide position (five goals from 15 games) than leading the line and the club surely require another quality striker in their squad ahead of next season.

Martin Braithwaite was recruited from Leganes in an emergency deal in February after Ousmane Dembele’s season-ending injury but he could be restricted to a bench role next term.