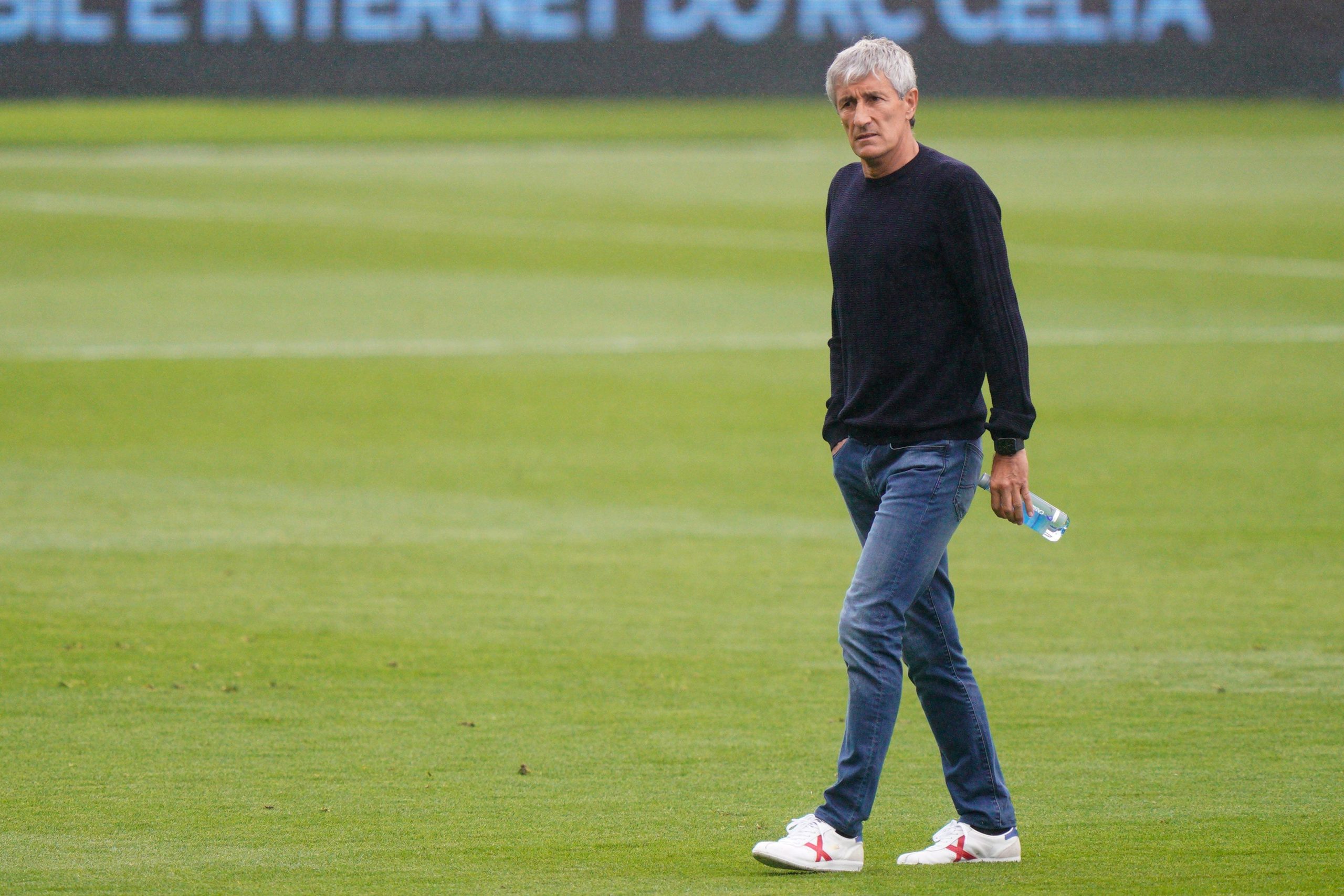 Quique Setien has admitted that he is unsure regarding his Barcelona future after the club were unable to defend their La Liga title for the second season running.

The Blaugrana were two points ahead of arch-rivals Real Madrid when the league campaign was suspended because the coronavirus pandemic in March.

When the season resumed last month, it was quite clear that they could not afford to drop any points, given Los Blancos were holding the advantage in the head-to-head games.

However, they were unable to do so as they picked up only 21 points from the next 10 matches. In the same period, Los Blancos bagged the perfect tally of 30 points and were hence able to run away with the title.

Zinedine Zidane’s side ended their three-year wait for the Spanish crown with a 2-1 win over Villarreal on Thursday night and it was a day to forget for the Blaugrana, who suffered a shock 2-1 home defeat to Osasuna.

Setien’s side started the game with a four-point deficit over Los Blancos and they needed to pick up a victory over Osasuna while hoping for Los Blancos to drop points.

Unfortunately that did not happen and the Blaugrana are now seven points behind the newly-crowned champions with one more matchday remaining in the season.

The Blaugrana still have plenty to play for in the Champions League where they are scheduled to host Napoli in the second leg of the round of 16 on August 8.

The tie is neatly poised with a 1-1 aggregate score, but Setien is unclear whether he will keep his head coach position by then after the club’s average end to the league season.

Speaking shortly after the shock defeat to Osasuna, he told in a press conference, via MARCA: “I hope to be the Barcelona coach in the Champions League but I don’t know.”