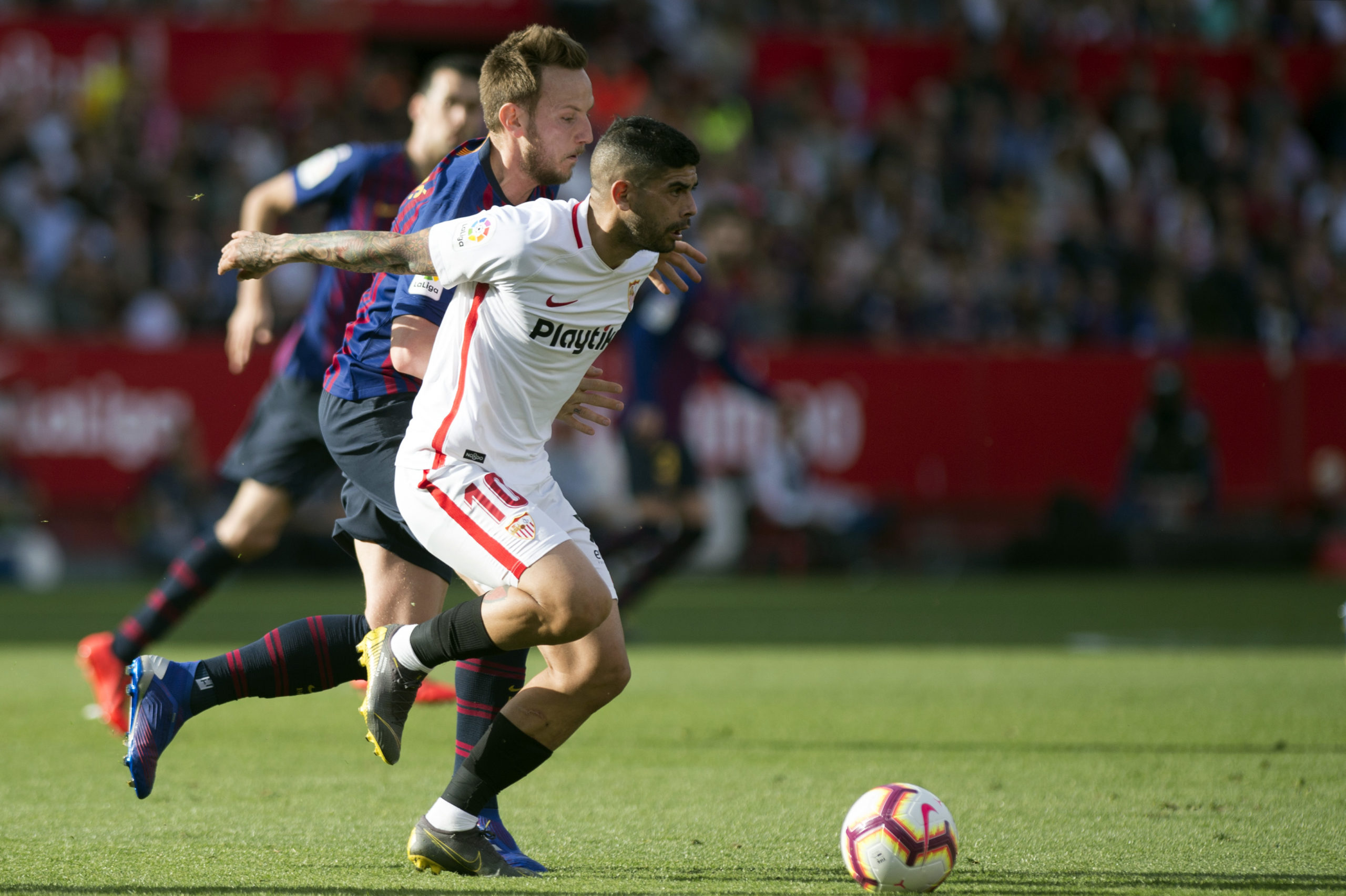 Ivan Rakitić is set to make a return to Sevilla after reportedly agreeing to take a 50% pay cut from his salary at Barcelona. The midfielder will reportedly sign a three-year deal with the Andalusians. His main task should be to do what Éver Banega was doing for the last three years – dicate play from midfield.

The 32 year-old joined Sevilla in 2011, and stayed their until the end of the 2013/14 season, winning a Europa League title just before he left for Barcelona. The man brought in to replace him was none other than Éver Banega, who has spent all but one year since then at Sevilla. Now, the roles have been reversed as Banega has left for Al Shabab and Rakitić is being brought in.

So, the question is: Can he do what Banega did for six years?

Note: While both players made 41 appearances last season, Banega played for over 1000 more minutes as Rakitić was often brought on as a substitute. So, all stats have been adjusted to reflect performances per 90 minutes.

The major similarity that one notices when comparing these two players is the fact that they can operate in similar spaces; both of them are deep-lying playmakers. Rakitić, in fact, can also play as an attacking midfielder or in central midfield, which makes him slightly more versatile.

Because of that, their passing stats are pretty similar – Banega averaged 80.9 passes per 90 last season at an accuracy of 86.2%, while Rakitić averaged 83.3 passes per 90 with 89.9% accuracy. The slight offset can be explained by the fact that Banega (8.7) played far more long balls per 90 than Rakitić (2.9), but that’s because of Barcelona’s possession-hungry style of play.

The last of the similarities is the fact that both of them don’t pop up and score too many goals. Last season, Banega scored three, whereas Rakitić only got one. But historically (especially for Sevilla), the Croatian midfielder has netted more often thanks to his long-shooting ability.

While their positioning and style of play are similar, there are a good few differences between the two players too. Firstly, Rakitić’s defensive contribution massively outweighs that of Banega. The Argentine averaged 1.9 tackles and interceptions last season, which is far less than Rakitić’s 2.7. It’s a similar case in aerial duels too, as the Croat (1.1) won over twice as many per 90 than Banega (0.5).

Banega gets one up on Rakitić when it comes to chance creation. He completed 2.4 key passes per 90 last season, which is far greater than the ex-Schalke midfielder’s 0.9. That’s also the case when it comes to crossing, as Banega puts 6.3 balls into the box per 90, which is over thrice as much as Rakitić’s 1.8.

On paper, the two players seem to be quite similar, as they operate in the same positions, are equally good passers and scorers. The slight differences include Rakitić’s added versatility and defensive work-rate, which should compensate his lack of chance creation.

So, it appears that Ivan Rakitić is the right man to step into Éver Banega’s role.