Bilbao hosted Real at the San Mamés Stadium, in a fixture which could effectively decide the fate of the La Liga Title. 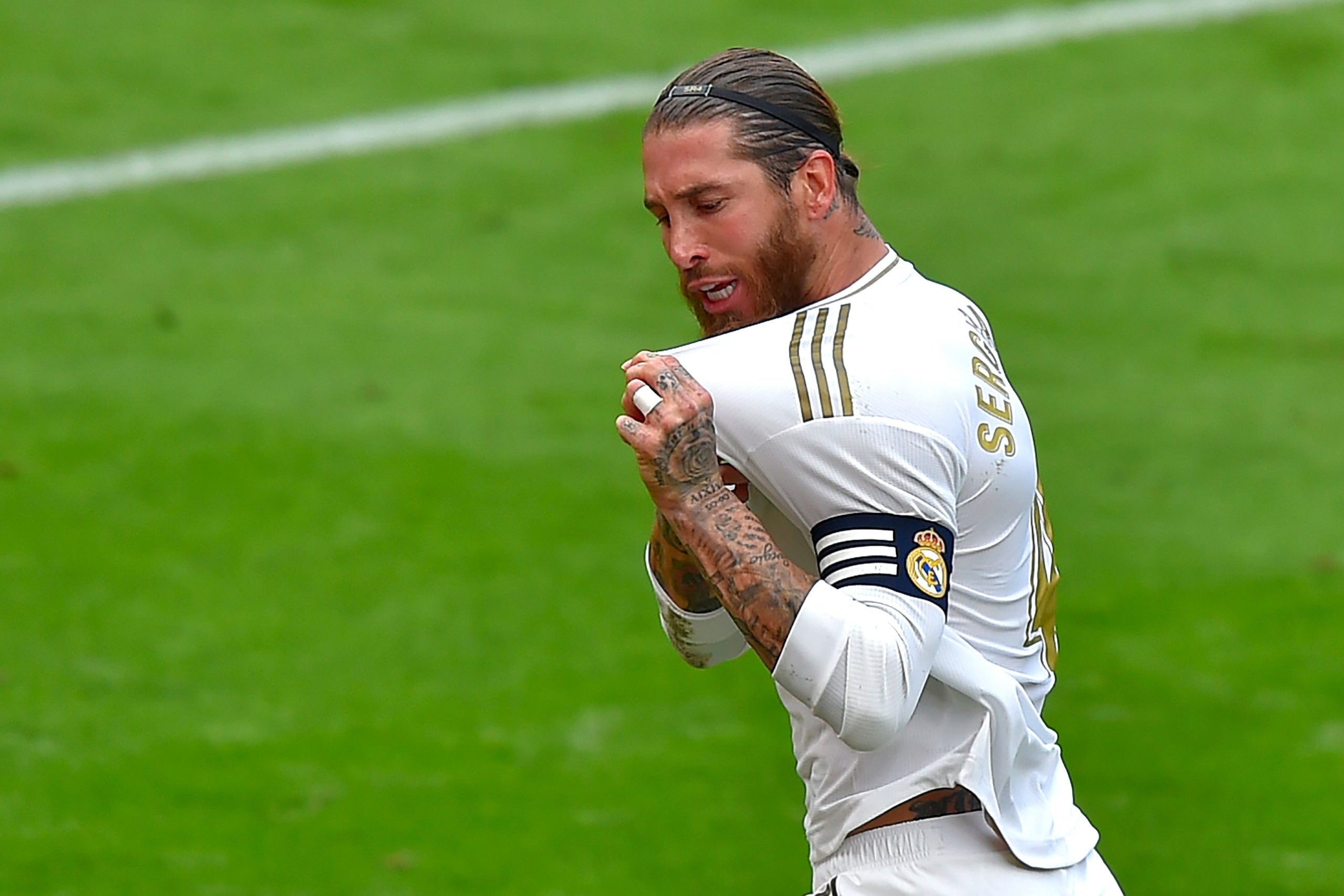 Real had a massive chance in the 4th minute. Asenio took a free-kick quickly, but Simón was equal to it. However, the ball only fell to Carvajal, who tried to find Benzema with an open goal, but his cross went behind the Frenchman, who got no power behind his header.

Only 2 minutes later, Berchiche’s low cross went through the Real defence and found Williams, whose shot was heroically blocked by Courtois.

The Belgian had to be alert in the 16th minute as well, as García met López’s cross with a header, which was straight at the keeper.

Then, Real had a good chance in the 22nd minute. Asensio delivered a brilliant cross into the box, which found Rodrygo at the back post, but the Brazilian missed the target.

A minute later at the other end, Williams had a good chance from the edge of the box, but he just put it high.

Real nearly went in front in added time of the first half. Once again, Asensio played a great (but slightly high) cross, but it was headed wide by Benzema.

Rodrygo went through on goal in the 60th minute after some good interplay, but his touch was loose, and Simón was able to gather it.

Real finally won a penalty in the 70th minute when García trod on Marcelo’s foot. Ramos stepped up, and found the bottom corner.

Benzema had a good chance in he 88th minute as he was played through, but his finish was blocked by Simón.

There were no major openings thereafter, and so Real won yet again, 0-1.

Bilbao tried to press a little bit, and used balls into the box after slow build-ups to try to break Real’s defence.

As usual, Real dominated possession, and tried to play their way through another resolute defence.

Williams vs Militão – The Brazilian did very well to keep the speedy Spaniard in check, and he made quite a few important challenges. He almost matched him for pace too.

Unai Simón – Made a number of good saves, and can’t be blamed for conceding. 6.75

Ander Capa – Decent at the back, and delivered a few threatening balls into the box. 6.5

Yeray Álvarez – Made a few tackles and clearances at the back before he had to be taken off early on due to a calf injury. 6

Iñigo Martínez – Made quite a few clearances in defence, and he looked strong. 7

Yuri Berchiche – Good defensively, and put in a host of balls into the box. 6.75

Iker Muniain – Brilliant in midfield, as he ran his socks off and helped his side at both ends. 7

Dani García -Decent in the middle of the park, but he gave away the penalty, albeit rather unfortunately. 5.75

Unai López – Good in the middle, as he created a couple of chances, and helped out in defence. 6.75

Iñigo Córdoba – Couldn’t do much down the left, but he was decent. 5.25

Iñaki Williams – Threatened with his speed, but once again, he lacked end-product. 5.5

Raúl García – Didn’t have too much to do except a couple of half-chances he got. 5.75

Mikel Vesga – Decent in midfield, but couldn’t do too much in attack. 5

Óscar de Marcos – Didn’t have a real impact at either end. 4

Team – Bilbao looked solid once again. They defended well, and created quite a few good chances, but their finishing and Courtois’ keeping didn’t allow them to score. They held out well though, but their hard work was undone by a soft penalty call. They won’t be too dejected about this, but Barcelona surely will. 6.25

Thibaut Courtois – Made many great saves to keep his side in command of the match. 7.75

Dani Carvajal – Didn’t do too much at either end. 5

Sergio Ramos – Strong in defence, and once again, he got that all-important goal. 7.25

Éder Militão – Brilliant at the back, as he did well to keep Williams in check. 7.5

Marcelo – Defended well, and although he didn’t manage to create too much in attack, he did win the penalty. 6.75

Luka Modrić – Had a couple of decent chances, but he didn’t have a major impact. 5.5

Casemiro – Yet again, Mr, Reliable was brilliant in holding midfield, as he screened his defence amazingly. 7.25

Federico Valverde – Decent in midfield, but had no impact at either end. 4.75

Marco Asensio – Looked good down the left, as he delivered quite a few enticing crosses. 6.75

Karim Benzema – Showed one or two moments of brilliance, but didn’t do too much. 5.5

Rodrygo – Threatened at times with his pace, but his end-product was poor. 6

Vinícius Júnior – No real impact off the bench. 4

Lucas Vázquez – Did very little after coming on. 4.5

Team – It was yet another grinding victory for Real. Their defence was good, and whenever it was bypassed, Courtois was there. They made a few good openings, and eventually won a penalty, which was of course converted. Certainly a title-deserving victory. 6.5

José Luis González González got all of his calls (including the penalty) right, and he’ll be happy with his day. 7.75

Athletic Club stay 8th, and only have a point’s lead over Valencia.

Real have now forged a 7-point lead at the top, albeit only until Barcelona play.