Real Madrid hosted Alavés in a match that could be crucial at both ends of the table. 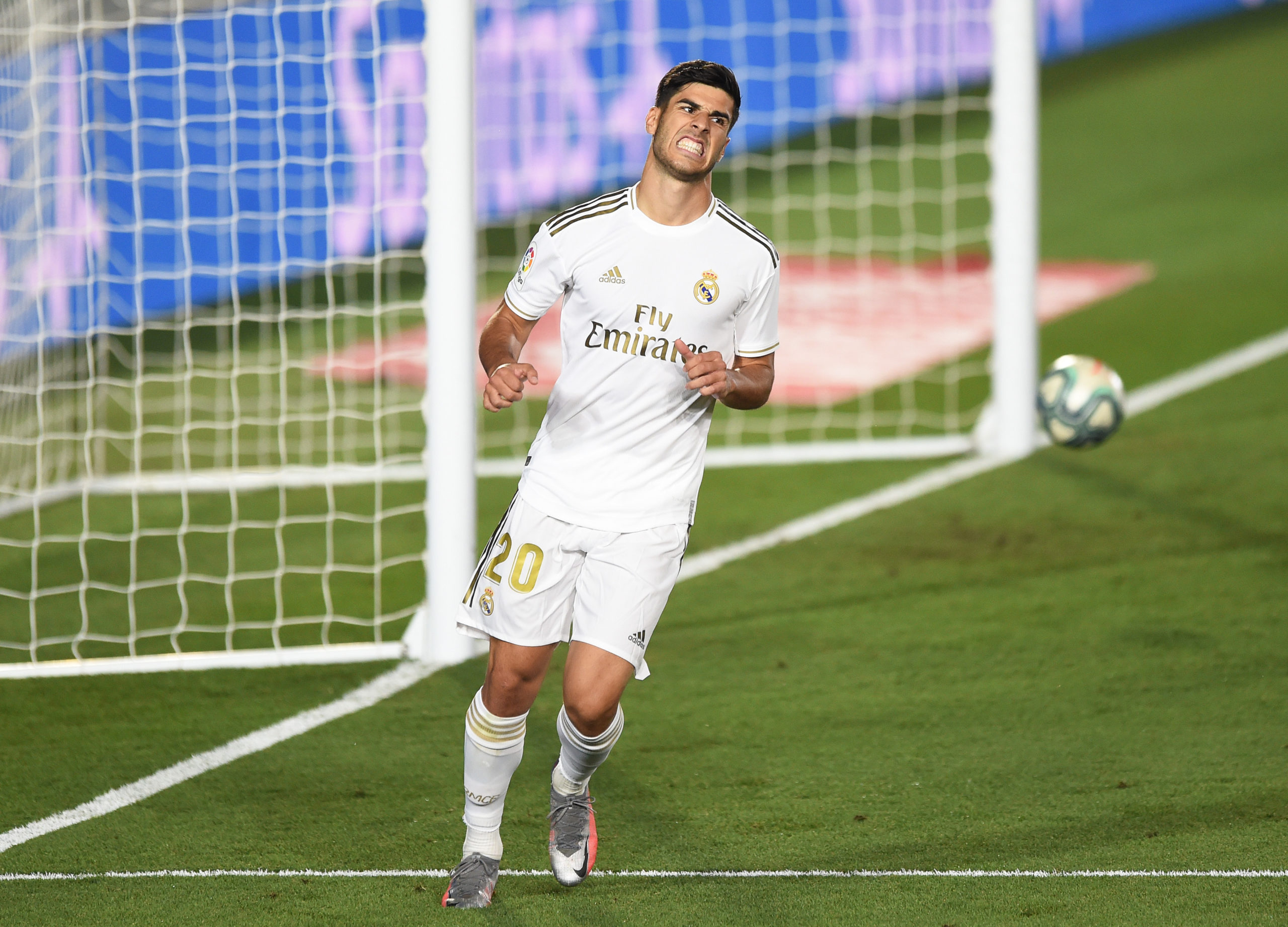 Alavés came closest to scoring in the 3rd minute. Méndez ran down the left and found Joselu with a cross, but the 30 year-old only hit the crossbar. Pérez headed the rebound, but it was cleared by Varane, and Real survived the scare.

Then, in the 10th minute, Real Madrid were awarded a penalty when Mendy was brought down at the edge of the box by Navarro. In the absence of Ramos, Benzema stepped up, and slotted it home.

Real came close to doubling their lead in the 18th minute when Mendy burst through and played a ball across the box, and Camarasa nearly turned it in, but Roberto managed to keep it out.

Soon thereafter, Burke tried to take matters into his own hands by cutting inside from the left and letting fly, but Courtois was equal to it.

Real thought that they got a second five minutes after half-time when Benzema squared it to Asensio, who tapped it into the empty net, but it was ruled out for offside. However, VAR intervened and found out that there was no offside, and Los Blancos doubled their advantage.

They almost made it three in the 58th minute when Asensio found Benzema at the edge of the box, but Roberto was equal to the Frenchman’s shot. The ball then fell to Vázquez, whose cross narrowly evaded Rodrygo.

A couple of minutes later, Joselu was through down the left and smashed a shot, but Courtois made another great save,

Back to the Alavés goal, Rodrygo kept the ball very well before finding Asensio, who crossed it to Vázquez, but the 29 year-old scuffed the volley and put it wide.

So, it ended 2-0 to the hosts, who inch ever-closer to the La Liga title.

Real Madrid dominated possession as usual, and they focused their attacks down the left where Mendy helped them on the overlap.

Alavés applied a light press with their two strikers, and tried to maintain shape when they were off the ball. In attack, they tried to channel everything down the flanks, especially the left where Vázquez, who is not a proper right-back, was stationed for Madrid.

Thibaut Courtois – Was largely a spectator, but made a few great saves when he was called into action. 7

Lucas Vázquez – Did well in defence as Alavés tried to target him. Got forward whenever he could too, but lacked end-product. 6.5

Éder Militão – Solid at the back, as he made a good number of challenges and clearances, and dominated the aerial duels. 7

Raphaël Varane – Helped his side keep things clean at the back. 6.5

Ferland Mendy – Didn’t do too much to help his side in defence, but he got forward quite often, and wreaked havoc down the left. Won the penalty too. 7.5

Toni Kroos – Pulled the strings from deep once again, and dictated the play. 7

Casemiro – Screened his defence brilliantly once again, and looked good in midfield. 6.75

Luka Modrić – Very good in the middle of the park, as he picked out all of his teammates with his intricate passing. 7.25

Rodrygo – Great down the flanks, as he was tenacious on the ball, and created a lot of chances. 7.25

Karim Benzema – Yet another great performance from him, as he got a goal and an assist, and fed his teammates with some great balls. 8

Marco Asensio – Looked very good down the left, as he scored a simple goal and created quite a few chances. 7.5

Federico Valverde – Didn’t do too much after coming on. 4.5

Vinícius Júnior – Made some good runs down the left, as he created one or two chances. 5.75

Team – Real bagged another three points, but this victory was a little less scrappy than the others. They got lucky with the penalty, but did well to get a second after the break. At the same time, they did concede a decent amount of chances, and relied on Courtois to make some good saves. Either way, the cushion made them more comfortable, and they coasted home in the end. 7

Roberto – Made quite a few saves when he had to, and he can’t be blamed for the goals. 7.5

Ximo Navarro – Was tormented down the right as he faced incessant attacks. Defended decently sometimes, but he let Mendy past him often, and even gave away a needless penalty. Picked up an injury to cap off a horrendous 20 minutes. 3

Víctor Laguardia – Good at the back, as he tried to stop Madrid’s attackers. 6.5

Rodrigo Ely – Defended well and made quite a few clearances in his attempts to keep Real away from his goal. 6.75

Adrián Marín Gómez – Decent in defence, and created a couple of half-chances too. 6

Oliver Burke – By far Alavés’ best attacker. He was electric on the ball and caused problems on either flank, but unfortunately, he was not supported. 7

Víctor Camarasa – Helped out in defence, but couldn’t get forward. 6.5

Ljubomir Fejsa – Had no impact on the match. 3.5

Édgar Méndez – Tried his best to make things happen, but couldn’t do too much down either flank. 5

Lucas Pérez – Created one or two decent chances, but didn’t have too much to do. 5.5

Martín Aguirregabiria – Good in defence, as he tried to keep things quiet down the right. 6.25

Abdallahi Mahmoud – Didn’t do much apart from picking up a yellow card. 4.25

Borja Sainz – Did a little bit after he came on, but nothing substantial. 5

José Luis Rodríguez – Failed to have a major impact on his debut. 4,5

Team – Alavés created one or two great chances early on, but it was their finishing which let them down. Even after conceding the soft penalty, they kept probing, but couldn’t score. Eventually, they gave away a second, and then couldn’t claw their way back. There were good signs overall, but they need to start getting results.

Jesús Gil Manzano got most of his calls right, while the penalty was questionable at best. But then, he picked up an injury, and despite the Real Madrid doctors trying their best to keep their top-performer on the pitch, he had to go off at half time. Héctor Rodríguez Carpallo took over, and he did his job well. 6.25

Real Madrid extend their lead back to 4 points, and with 3 games remaining, they are very close to becoming Champions.

Alavés stay in 17th place, and are only 3 points clear of the drop-zone.