Real Madrid hosted high-flying Getafe, knowing that a win would take them 4 points clear at the top of the table. 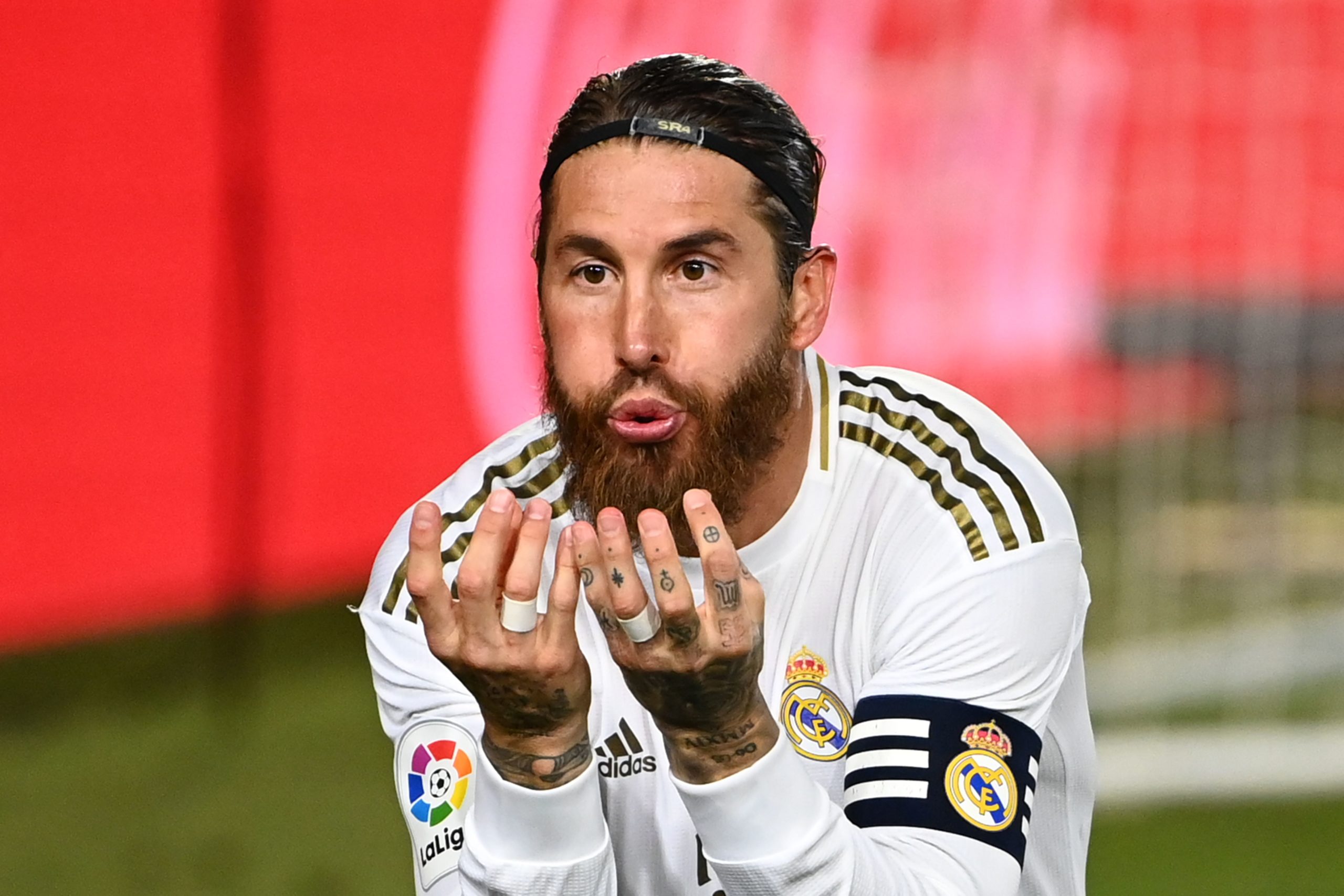 After a lively start, it was Courtois who had to make the first big save in the 9th minute as he tipped Etxeita’s header wide.

Then, it was Soria’s turn to make a heroic save in the 23rd minute, as he kept Vinícius’ corner-bound shot out, after Mendy found the Brazilian with a great low-cross.

The 27 year-old was called into action again in the 36th minute, when Ramos’ cross was met by Isco, whose shot was straight at the keeper.

The Spanish shot-stopper had to be alert after half-time as well, as he had to tip Modrić’s shot wide in the 57th minute.

A minute later at the other end, Mata had a go from the edge of the box, but his shot narrowly missed the target.

Finally, Real broke through after the cooling break. Carvajal burst down the right flank, and won a penalty after Olivera brought him down. Ramos stepped up, and obviously scored.

The hosts controlled the match thereafter, and cruised to a 1-0 victory.

Real naturally dominated possession, as they tried to break a resolute Getafe defence down.

Getafe pressed very high early on, and tried to pin Real in their own half. They were very well organised defensively, and made it very hard for Real to play through them. The Azulones also deployed a very effective offside trap. They tried to break through the wings, using the pace of Nyom and Cucurella.

Thibaut Courtois – Didn’t have too much to do, but he made one or two good saves. His distribution was loose at times though. 6

Dani Carvajal – Absolutely solid at right-back – he let nothing past him. Didn’t get forward too often, but when he did, he won a penalty. 7.75

Raphaël Varane – Made a few clearances early on, but had to go off with an unfortunate injury. 5.75

Sergio Ramos – Repelled a lot of Getafe’s crosses as he steadied the ship at the back. Converted the penalty very coolly as always. 8

Ferland Mendy – Defended well down the left, but failed to have an attacking impact. 6.5

Luka Modrić – Saw a lot of the ball, but failed to make too much happen with it. Was out-muscled in midfield as well. 6

Casemiro – Screened his defence very well, as he broke Getafe’s counterattacks down. 7

Toni Kroos – Delivered quite a few crosses as he tried to pull the strings from deep, but he couldn’t control the midfield. 6.5

Karim Benzema – Uncharacteristically quiet for most of the match. He saw very little of the ball, and didn’t have a proper sight of goal. 4.5

Vinícius Júnior – Not one of his best matches, as he failed to have a real impact. 4

Éder Militão – Alright in defence after he came on. Although he looked a bit shaky at the start of the second half, he settled in well. 6.25

Federico Valverde – Didn’t have a real impact after he came on. 4.5

Marco Asensio – Failed to make too much happen. 4.75

Rodrygo – Looked lively off the bench, as he delivered quite a few crosses. 5.5

Team – Real didn’t look too great for most of the match, as they created very few chances, and didn’t really trouble Getafe. However, they were solid at the back as usual, and gave Courtois very little to worry about. Like true champions, Los Blancos managed to find a breakthrough eventually, and controlled the match thereafter. 6.25

David Soria – Made a good number of saves, and was unlucky to not earn a clean sheet. 6.75

Damián Suárez – Kept things neat and tidy down the right, as he defended resolutely. Went forward one or two times as well. 6.5

Djené Dakonam – Great at the back, as he did well to keep Real’s attackers quiet. 6.75

Xabier Etxeita – Solid in defence, and was a threat from set-pieces too. 6.5

Mathías Olivera – Defended very well for most of the match, but gave away a poor penalty to undo all of his side’s good work. 6

Allan Nyom – Helped out at the back, but he couldn’t get forward. 5.75

Nemanja Maksimović – Saw little of the ball, but he worked hard in the middle of the park. 6

David Timor – Good in midfield, but he failed to have an impact at either end. 6.25

Marc Cucurella – Worked hard down the left, as he helped in defence and tried to get forward whenever he could. 6.5

Mauro Arambarri – Didn’t have a real impact in attack, and he couldn’t create anything either. 4.5

Jaime Mata – Had very little to work with up front, but he worked hard as he led the press. 6

Hugo Duro – No impact off the bench. 4

Team – Getafe were set up very well, and started off brightly too. They created the odd chance for themselves, and kept Real firmly at bay. The visitors worked very hard throughout the match, and bar the penalty they conceded, they were nearly perfect. It was a very commendable performance, and they should count themselves unlucky to not leave with a point. 6.25

Juan Martínez Munuera had a good match as he got most of his calls right. Handed out quite a few cards too. 7.5

The win takes Real Madrid 4 points clear at the top of the table, with 5 matches remaining.

Getafe are in 6th – two points behind Villareal and 2 ahead Real Sociedad.