Villarreal hosted Barcelona at the Estadio de la Cerámica, with the visitors knowing that they would need nothing but a win to keep their fading title hopes alive. 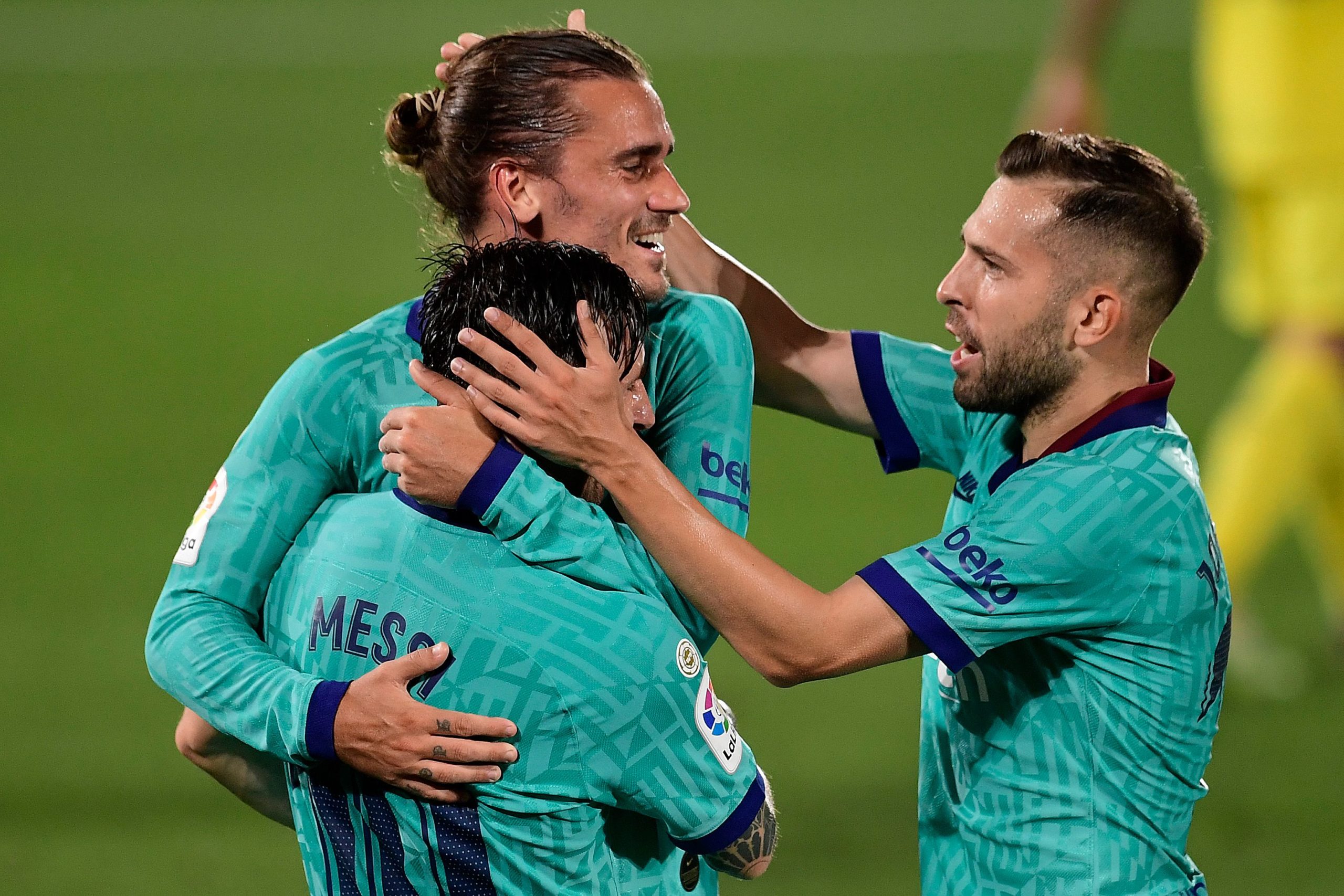 Barcelona started well, and broke through in the 3rd minute. Alba ran down the left flank, and drilled a low cross in from the byline. Griezmann tried to get on the end of it, but Torres got the touch and turned it in for an own goal.

Barcelona continued to dominate, but it was a Villarreal counterattack which led to an equaliser. Cazorla’s shot was palmed away by ter Stegen, but it only fell to Gerard Moreno, who emphatically thumped it in.

A minute later, Suárez ran down the left flank at the other end, and forced a smart save out of Asenjo.

The Uruguayan did score in the 20th minute with a beautiful goal. Ter Stegen’s clearance was chested down by Messi, who then proceeded to run past the Villarreal defenece. He found Suárez at the edge of the box, and the 33 year-old curled it into the top corner.

Bacca almost had an immediate impact off the bench after he replaced Alcácer in the 37th minute, as he ran down the right, and forced ter Stegen to make a very good save off his powerful drive.

At the other end, Vidal was played through on goal, but he went for power, and smashed it straight at Asenjo.

Barcelona finally made it three just before half-time. Messi cut it back to Griezmann at the edge of the box, and Frenchman perfectly chipped it off the crossbar and into the net.

Barcelona almost got a fourth in the 66th minute when Rakitić found Vidal at the edge of the box, but the Chilean’s drive was kept out by Asenjo.

The 31 year-old had to make another smart stop yet again, as Messi played Alba through down the left, but the Spaniard hit it straight at the keeper.

The Argentine thought that he had scored in the 69th minute when Roberto squared it to him, and he tapped it in. But, VAR found a case of offside in the buildup, and it was ruled out.

After a few half-chances, Barcelona finally got a fourth in the 87th minute as Fati ghosted past someone twice his age before he cut inside from the left, and finished past Asenjo.

Messi almost got a fifth in the 93rd minute as his free-kick came off the crossbar, and Brathwaite’s follow-up was saved by Asenjo.

Barcelona lined up in a 4-1-2-1-2, with Suárez and Griezmann leading the line, and Messi dropping deep as a number 10. Busquets was the holding midfielder, as Vidal and Roberto completed the midfield. They tried to pass their way through Villarreal, and sometimes used long balls to bypass their press.

Villarreal were set up to suck up the pressure, and then break using the pace of the likes of Alcácer and Moreno. They also tried to press whenever they could, but mainly focused on minimising the space between midfield and defence.

Sergio Asenjo – Made so many great saves, and was rather unlucky to concede four. 9

Pau Torres -Didn’t manage to hold out against Barcelona, and scored an unfortunate own goal too. 3.75

Alberto Moreno – Failed to keep things in check on the left flank, and couldn’t get forward too often. 4.25

Samuel Chukwueze – Gave Barcelona’s defence one or two things to worry about with his trickery and speed, but lacked end-product. 6.25

André-Frank Zambo Anguissa – Decent in midfield, and created a couple of half-chances too. 6

Santi Cazorla – Did a bit down the left, but faded away in the second half. Was involved in the buildup to the goal, though. 5.5

Gerard Moreno – Worked well with whatever he had, and created a chance or two, besides scoring a good goal. 6.75

Paco Alcácer – Looked lively for the time he was on the pitch, as he made a few good chances with his delicate touches. Did very well in the build up to Gerard Moreno’s goal too. 6.25

Carlos Bacca – Didn’t do much except take one shot at goal. 4.5

Bruno Soriano – Looked good on the ball after he came on, and his passing was great too. 6.25

Manu Trigueros – Didn’t do too much after coming on. 4.5

Fernando Niño – Worked hard as he ran here and there, but couldn’t get on the end of anything. 4.5

Team – Villarreal were set up well, but faced an early set back due to an own goal. Even then, they kept probing, and found an equaliser on the counterattack. But, it all went downhill thereafter. They couldn’t take their chances, and allowed Barcelona in a lot of times. If it were not for Asenjo, they may well have conceded 6 or 7 at least. Not a great day for the Yellow Submarine. 4.75

Marc-André ter Stegen – Made some decent saves, but could have done better to prevent the goal. 6.5

Nélson Semedo – Got caught out sometimes down the right, but he wasn’t too bad. 5

Gerard Piqué – Decent at the back, as he dealt with whatever he had to. 6.5

Clément Lenglet – Good in defence, but got caught out in the buildup to the goal. 6.25

Jordi Alba – Great down the left, as he went far forward, and bagged a good assist along with the pass before the opener. 7.5

Sergio Busquets – Good in holding midfield, as he linked up play well. 6.25

Arturo Vidal – Decent in the middle, and he had a couple of good chances in front of goal, but his finishing was not great. 6

Sergi Roberto – Brilliant, both on the left of midfield and at right-back. He kept Chukwueze in check, and got forward often down the right. 7.25

Lionel Messi – The magician was at it again, as he got a couple of assists, and had a goal ruled out. Pulled the strings from his number 10 role very well. 7.75

Antoine Griezmann – Finally, he was fielded in his position of choice, and he delivered. He worked his socks off as he made a lot of recoveries all the way back in midfield, and scored a beautiful goal. 8.25

Luis Suárez – Scored a cracker, and had quite a few other chances too, but he was a bit selfish at times. 6.5

Riqui Puig – Very lively in midfield after he came on, as he linked up play with his intricate passing. 6.5

Ivan Rakitić – Good in the middle of the park. 6

Martin Braithwaite – Had a couple of good chances, but he was denied by Asenjo. 5.5

Team – Finally, Barcelona played like their true selves. Setién got his formation right, as both Messi and Griezmann thrived in their roles. The team was firing on all cylinders, and could have had far more goals but for Asenjo and some sub-par finishing on their end. Bar one lapse of concentration, their defence looked solid too. More of this, please. 6.5

Carlos del Cerro Grande had no controversies to deal with, and he handled the match well. 8

Villareal stay in 5th spot, and have 1 point over Getafe, who they face in midweek

Barcelona also hold spot – in 2nd place. With 4 games to go, they have a 4-point deficit to make up.