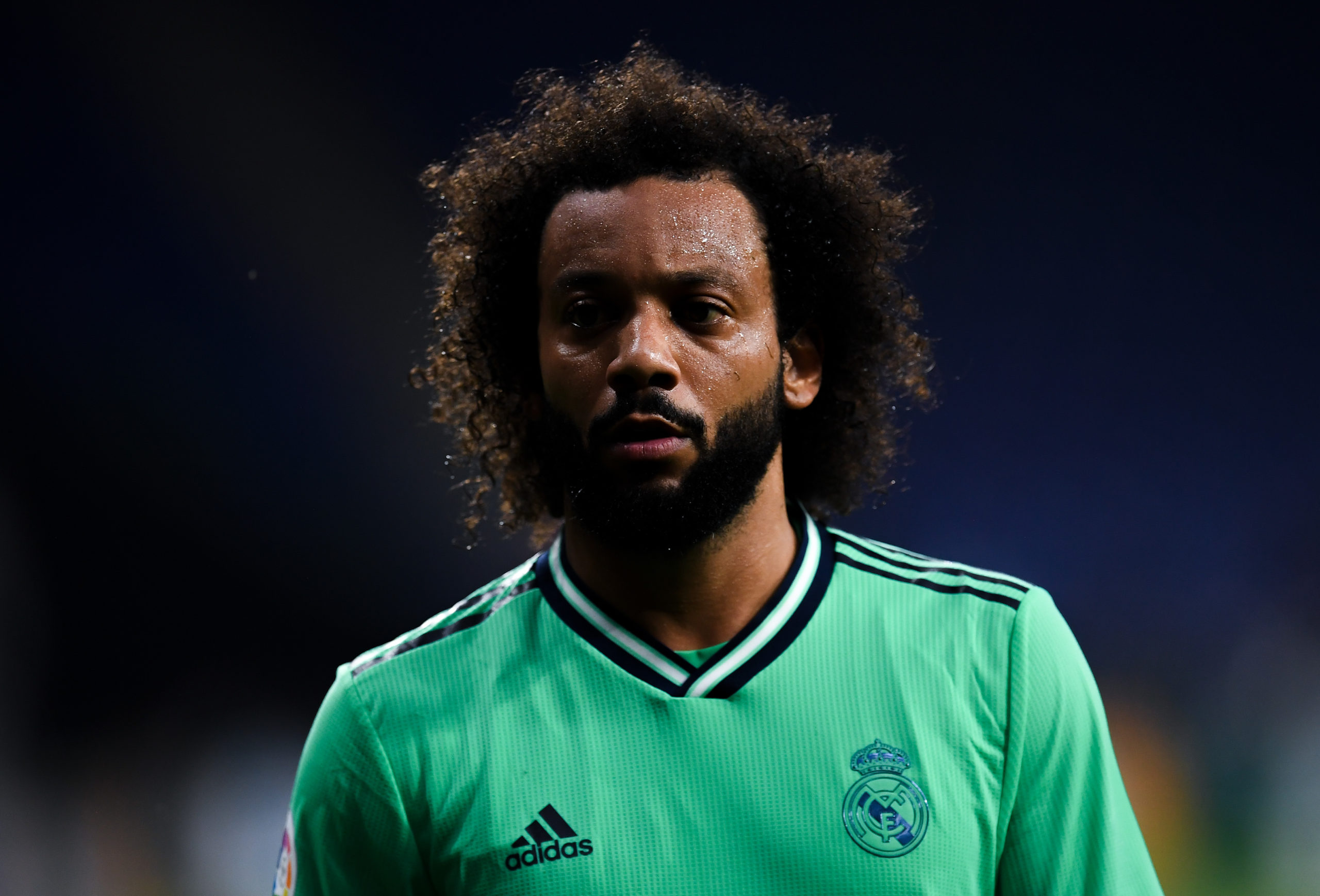 Real Madrid could be without the services of Marcelo for the remainder of the La Liga campaign after being diagnosed with an injury to his left adductor muscle.

The Brazil international played through the entire 90 minutes of the 1-0 win over Athletic Bilbao last weekend, where he won the penalty which was converted by captain Sergio Ramos.

He was not included in the 22-man squad for tonight’s encounter against Deportivo Alaves and Los Blancos have now confirmed that the left-back has sustained an injury on his left adductor muscle.

Los Blancos have not provided a potential return date for the experienced defender, but Spanish journalist Arancha Rodriguez has revealed that the Brazilian should be sidelined for around 20 days.

In this case, Marcelo should miss the remainder of the club’s league campaign, but he could return in time for the second leg of the Champions League round of 16 clash against Manchester City in early August.

Los Blancos suffered a 2-1 defeat during the first leg at the Bernabeu in March and they must at least score two away goals at the Etihad Stadium to give themselves a chance of making the quarter-final.

Should Zinedine Zidane’s side manage to beat the Cityzens, they could face either Lyon or Juventus in the last eight of the elite competition, which is scheduled to be played between August 12 and 15.

Meanwhile, Los Blancos are currently holding a one-point gap over Barcelona at the top of the La Liga standings. They can regain their four-point advantage tonight, should they win their game in hand over Alaves.

The Madrid giants will have to deal with the unavailability of Sergio Ramos and Dani Carvajal due to suspension. Raphael Varane is likely to partner Eder Militao at the heart of the defence.

In the injury absence of Marcelo, Ferland Mendy should take up the left-back position. Lucas Vazquez should feature on the right side of the backline with Carvajal suspended while Nacho Fernandez remains injured.

Los Blancos need a maximum of eight points from the remaining four games to be crowned as the league champions. If they are tied on points with the Blaugrana after the final matchday, they would still win the title due to the better head-to-head record this term.