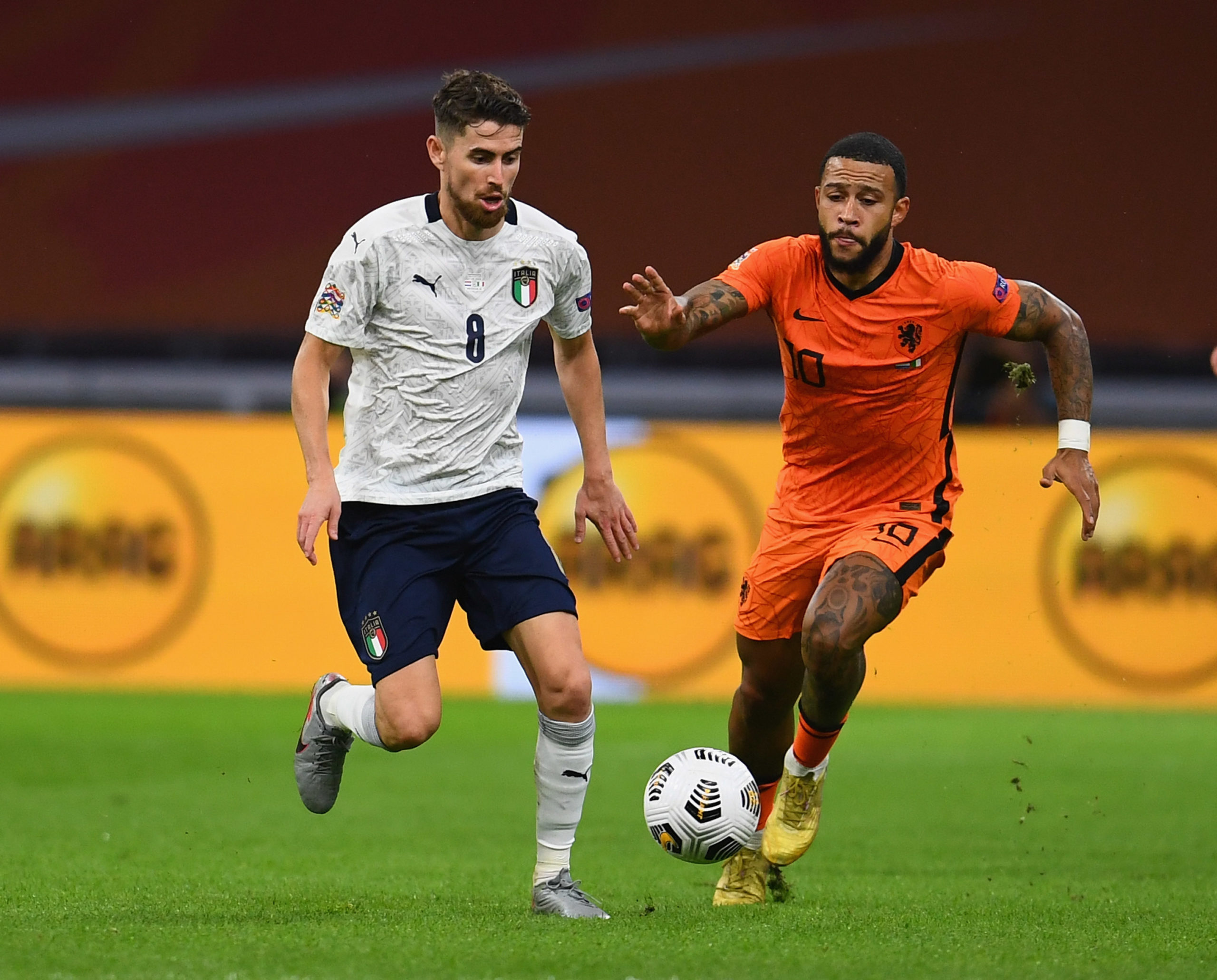 Speaking after Netherlands’ 1-0 Nations League defeat to Italy on Monday, Memphis Depay has acknowledged that he is aware of the transfer interest from Barcelona.

The Dutch forward has less than 10 months remaining on his contract with Lyon and he has shown no intention of putting pen-to-paper on a renewal with the Ligue 1 outfit.

Hence, he has been fancied to head for the exit door and Catalan news outlet La Vanguardia has already claimed that an agreement is in place for the 26-year-old to be reunited with Ronald Koeman at the Camp Nou.

Depay recently played through the entire 90 minutes of the Nations League clash against Italy, where Nicolo Barella scored the only goal for Roberto Mancini’s team before the half-time interval.

Speaking after the defeat, Depay remained non-committal over his club future, but accepted that there is interest from the Catalan giants, who are now managed by ex-Netherlands head coach Koeman.

“We just have to see what will happen. I’ll report to [Lyon] tomorrow and we’ll see what happens. I haven’t heard much more from my agent. I know that there is interest [from Barcelona], but I don’t have much more to say because I don’t know much about it,” He told via NOS Voetbal.

Depay endured a difficult spell with Manchester United following his move from PSV Eindhoven in the summer of 2015 and he managed just seven goals and six assists from 53 outings before making the switch to Les Gones in January 2017.

He has managed to revive his career during his time with the seven-time French champions, where he has registered 57 goals and 43 assists from 139 appearances across all competitions.

He has also made a mark at the international level with 19 goals and 19 assists from 54 caps and his best period came under Koeman between 2018 and 2020, where he was transformed into a regular striker from a left-winger.

A move to the Blaugrana could see him start upfront with Luis Suarez not in the first-team plans of Koeman. The Uruguay international has been training aside from his teammates ahead of a potential move elsewhere.