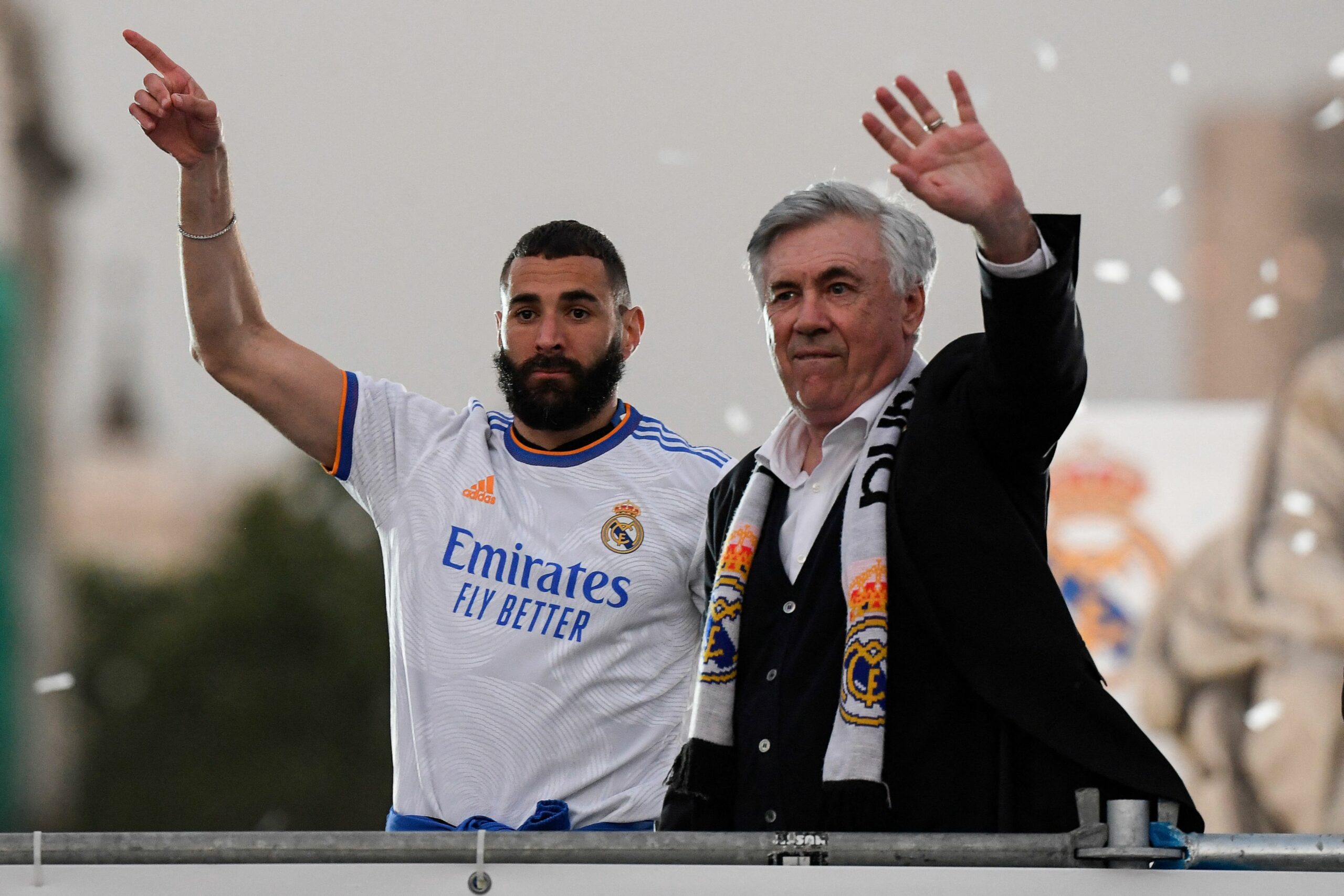 Standing between Carlo Ancelotti and a record-breaking fourth Champions League triumph as a manager will be a high-flying Liverpool side.

A mouth-watering final at the Stade de France will be poised by revenge as the Reds aim to avenge a heartbreaking 3-1 defeat in the 2018 showpiece in Kyiv.

Indeed, Madrid will appear in a record eighth Champions League final, surpassing the seven of AC Milan and Juventus, having won all seven previous attempts to gain the award under the current format.

Ancelotti’s men are no strangers to ousting Premier League clubs from the competition either, having already overcome reigning holders Chelsea and English champions Manchester City in the two previous rounds.

Madrid’s bid to pour more pain on Liverpool, who lost one of the fiercest Premier League title battles in recent years by the slimmest of margins, will be available to watch live online via soccer streaming sites.

The Reds amassed a staggering 92 points in the 2021/22 Premier League campaign, but it only proved enough for a runner-up finish, leaving them a point adrift of back-to-back champions Man City.

Jurgen Klopp’s side will be out to ease the pain by lifting their seventh Champions League crown, which promises an enthralling Paris final.

Despite an epic 2-1 home defeat to Champions League debutants Sheriff Tiraspol on Matchday 2, Madrid cruised to the top of Group B by winning the remaining five group matches.

Ancelotti’s side breezed past dethroned Serie A champions Inter Milan and Ukrainian outfit Shakhtar Donetsk en route to winning their Champions League section for the third time in four years.

While Madrid’s Group B campaign went smoothly, the real challenges have come in springtime fixtures.

Los Merengues headed into their blockbuster last-16 tie against an all-star Paris Saint-Germain side as outsiders.

Kylian Mbappe, who turned down a switch to the Santiago Bernabeu to pledge his future to PSG, handed Mauricio Pochettino’s team a narrow 1-0 first-leg win in Paris.

However, Karim Benzema ran the show in Madrid, notching up a sensational second-half hat-trick to fire Ancelotti’s lads to a jaw-dropping comeback.

The Frenchman stole the show again in the quarter-finals, racking up another hat-trick as Los Blancos stunned Chelsea 3-1 in the first leg at Stamford Bridge.

Things almost went south for Madrid in Spain, but Rodrygo and Benzema made sure to cancel out the Blues’ 3-0 lead and squeeze the Spaniards past the defending champions.

After becoming only the fourth player to score back-to-back hat-tricks in the Champions League knock-out stages, Benzema netted three of Madrid’s six goals against Man City in the semi-finals.

Following an action-packed 4-3 first-leg loss at the Etihad Stadium, Los Merengues looked on the verge of exiting the competition as Riyad Mahrez gave City a precious lead in Spain.

But Rodrygo’s late brace, followed up by Benzema’s extra-time penalty, helped Madrid overturn a first-leg deficit in the Champions League semi-finals for the first time at the ninth attempt.

After successive last-16 eliminations by Ajax in 2018/19 and 2019/20, Los Merengues have reached the Champions League semi-finals or better for the tenth time in 12 seasons.

However, Ancelotti’s men are a bit off the pace, having drawn consecutive La Liga matches since being officially crowned the new champions.

All eyes will be on Ballon d’Or-bidding Benzema, who could become the first player to score 11+ goals in the Champions League knock-out phase, having already tied Cristiano Ronaldo’s record at ten.

How Could Real Madrid Line Up in the Final?

David Alaba should return to the fold after spending a month on the sidelines with muscle fatigue.

Bale, who sunk Liverpool in the 2018 showpiece, has been passed fit for the Champions League final, according to The Sun.

But the Wales captain is unlikely to start.

Liverpool have been unstoppable in the second half of the season and will take the field riding on an scintillating 18-match unbeaten streak (W15, D3).

But it should not intimidate Madrid, who are well versed in playing high-profile fixtures, as already witnessed by their stellar record in the Champions League finals.

We expect Ancelotti to find the formula to cope with Klopp’s famous gegenpressing and take home another continental trophy.