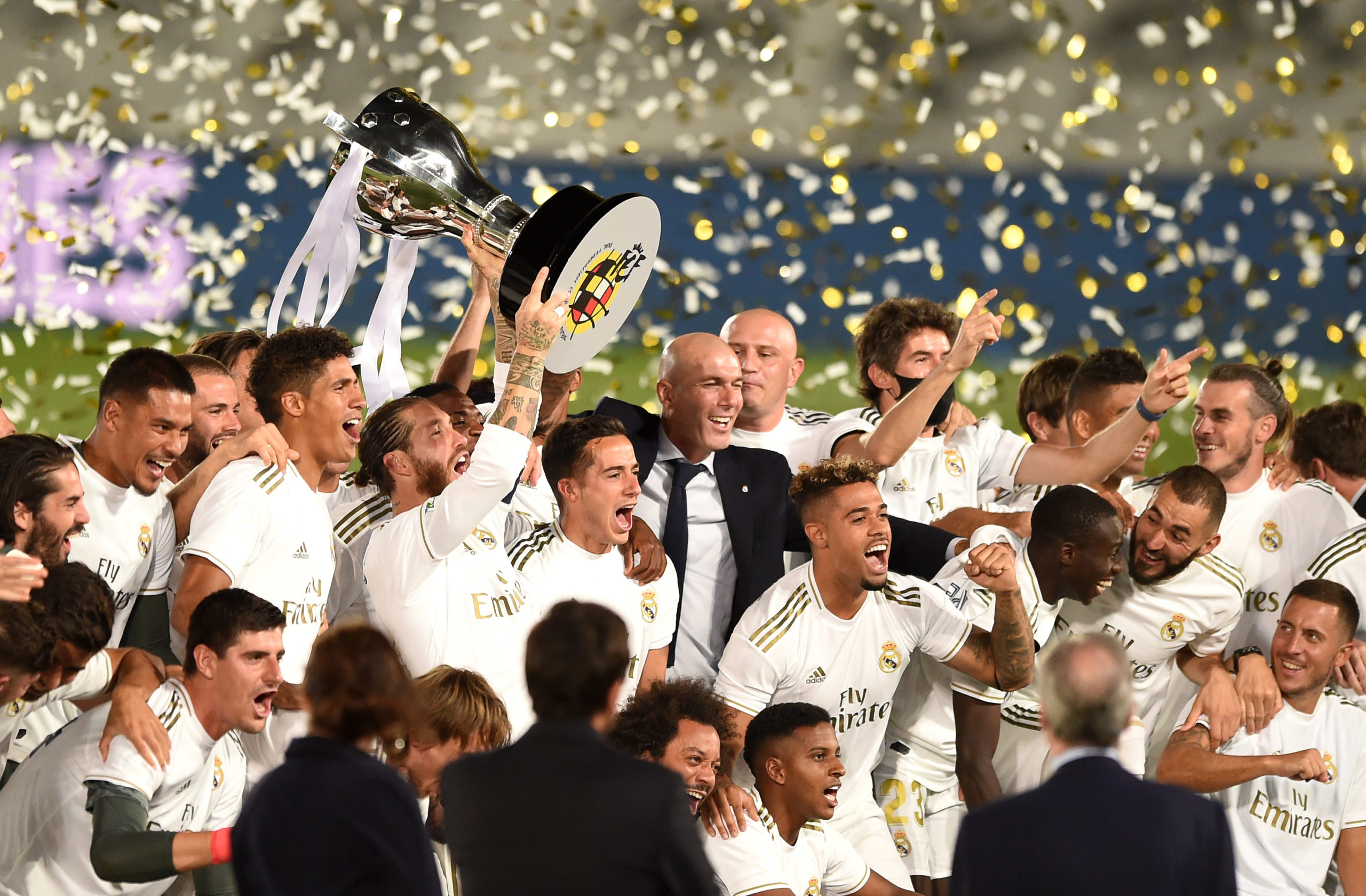 The second matchday of La Liga only showcases seven matches as Barcelona, Sevilla and Atlético Madrid do not play, but Real Madrid do begin their title defence with a stern test. Here’s what you should look forward to before matchday 2:

Villarreal‘s first match didn’t exactly go to plan, as newly-promoted Huesca held them to a 1-1 draw after Gerard Moreno’s penalty made the scores level.

Eibar played the season-opener in their home ground, the Ipurúa Municipal Stadium. The match wasn’t exactly exciting, as Celta Vigo dominated but failed to score in a 0-0 draw.

The head-to-head stats for these two teams are finely balanced, with both sides winning seven times and four other matches ending without a winner. Villarreal have a slight advantage though, because they won the last encounter 4-0.

Villarreal only have a point currently, so they should practically look to enter the top-four with a win even though they could reach the top with a lot of favourable results.

Eibar are in a similar situation, so they too should be looking to go around the European spots.

Gerard Moreno – Villarreal’s star forward scored 18 times in last season’s La Liga, and he has already opened his account for the new season from the penalty spot. Against Eibar, he will surely look to add to his tally and help his side win three points.

Osasuna slotted into second place in La Liga because they beat Cádiz 0-2 with Adrián López and Rubén García got on the scoresheet.

Getafe have triumphed over Osasuna 11 times in the past, with as many matches being drawn and Los Rojillos winning eight. Both of last season’s matches were goalless draws.

Getafe will be playing their first match of the new campaign, so even though it is mathematically possible for them to go to the top of the table, they should be content with a top seven-finish.

Osasuna already have three points in the bag, so they can maintain their podium position with a win, and perhaps even reach the summit of the league.

David García – Osasuna’s centre-back was outstanding in the first match of the season, as he helped his side in keeping a clean sheet by making 6 clearances and winning 10 aerial duels. He will surely want to keep that up against Getafe’s attack.

Celta Vigo, as aforementioned, were the better side in the first match of the new La Liga campaign – a 0-0 draw against Eibar.

Valencia, on the other hand, were full of goals as they dispatched Levante 4-2 with Gabriel Paulista’s header, Maximiliano Gómez’s smart finish and Manu Vallejo’s brace sealing the points.

Valencia have a 19-10 advantage in this regard, while 15 clashes have ended with equal scores. Last time around, it was Los Murciélagos who won thanks to the only goal of the match.

Celta Vigo can mathematically reach the top of the table, but a top-five entry should be considered realistic for them.

Valencia currently sit at the summit of La Liga, and their focus should be to maintain that position.

Manu Vallejo – 19 minutes – that’s how long it took Manu Vallejo to bag a match-winning brace after coming on off the bench in Valencia’s last match. He certainly made strong case for himself with that, and might even start this time around.

An early relegation six-pointer starts the show off on Sunday, as 8th-placed Huesca welcome bottom-club Cádiz.

Huesca‘s return to the La Liga was a good one, as they held Villarreal to a 1-1 draw after Pablo Maffeo fired them in front.

Cádiz didn’t have it so easy, because they lost 0-2 at home to Osasuna.

These two teams have only met eight times in the past. Half of the matches have ended in a draw, while the other half has been split evenly between both sides. The previous clash ended with equal scores too – 1-1 in last season’s Segunda División.

Huesca, like many other teams, are on a point and can go to the top of the table with a victory plus some favourable results, but a realistic goal should be around the top-six.

Cádiz too can reach first place despite their current lack of points, but they should be content with a top-half finish.

Juan Carlos Real – Huesca’s 29-year-old midfielder was a key cog in their midfield last time around against Villarreal, as he made 3 tackles plus interceptions, 2 dribbles and got an assist to help his side get a draw – all in just over an hour.

Granada, who are currently occupying the last podium spot in the table, meet second-bottom Alavés on Sunday.

Granada won their Europa League second round qualifier away at Teuta Durrës, as Roberto Soldado and Robert Kenedy scored early on before a Yangel Herrera brace sealed the win.

Alavés saw new manager Pablo Machín take charge for the first time in their match against Real Betis, which they lost 0-1.

Granada have won three of the four matches between these two teams, while the outlier saw Alavés clinch three points. Last time around, Granada came out on top with a 0-2 away victory.

Granada‘s points tally is equal to that of the leaders, so a big enough win could see them push all the way up the table.

Alavés too can equal Granada’s position with a win, but they should be content with something around ninth-place if they win.

Luis Milla – The 25-year-old was consistent in midfield last time around too, as he won 4 aerial duels, made 3 interceptions, won as many free-kicks and completed two dribbles. To add to that, he scored a goal and helped his side win three points – something that he wouldn’t mind repeating.

The final match of the week takes place on Monday, with 4th-placed Betis playing hosts to 7th-placed Valladolid

Real Valladolid weren’t displeased about their first result either, because they held Sociedad to a 1-1 draw after Míchel’s tap-in gave them the lead.

Real Betis have a strong 19-9 advantage in the head-to-head records, with the number of Valladolid wins and draws being equal. The Pucelanos won the last match as the final score read 2-0.

Real Betis have a strong chance of leading the La Liga table with a victory involving lots of goals.

Real Valladolid can reach first spot as well, but their chances are far more slender. Entering the European spots should be their goal.

Emerson – Real Betis’ right-back impressed thoroughly in the last match, as he controlled proceedings in both attack and defence. He finished the match with 6 fouls drawn, 5 key passes, 5 tackles, 3/3 accurate crosses and as many interceptions, and will probably look to keep those numbers as high as they are against Valladolid.

Sunday’s late-night clash is the headline fixture of the weekend, as defending champions Real Madrid travel to 5th-placed Sociedad.

Real Sociedad were held to a rather disappointing 1-1 draw by Valladolid, and they had to come from behind after conceding, which they did thanks to Roberto López’s free-kick.

Real Madrid‘s last competitive encounter saw them lose 2-1 to Manchester City at the Etihad Stadium in the second leg of the UEFA Champions League’s Round of 16.

Real Madrid have a 29-12 advantage, with 9 of the 50 matches ending without a winner. Los Blancos triumphed most recently – 1-2 in June.

Real Sociedad can reach first place if they win big and a lot of other results go their way, but they should look to focus on themselves and realistically hope for a top-four spot.

Real Madrid always have their eyes set on first place, but since this will be their first clash of the new season, a top-eight place should be good enough.

David Silva – It’s rare to see an opposing player as one to watch against Real Madrid, but David Silva is no ordinary man. The ex-Manchester City midfielder missed Sociedad’s season-opener after catching COVID-19, but he has recovered and is back in training. Now, he could be making his debut for La Real – against Real Madrid.