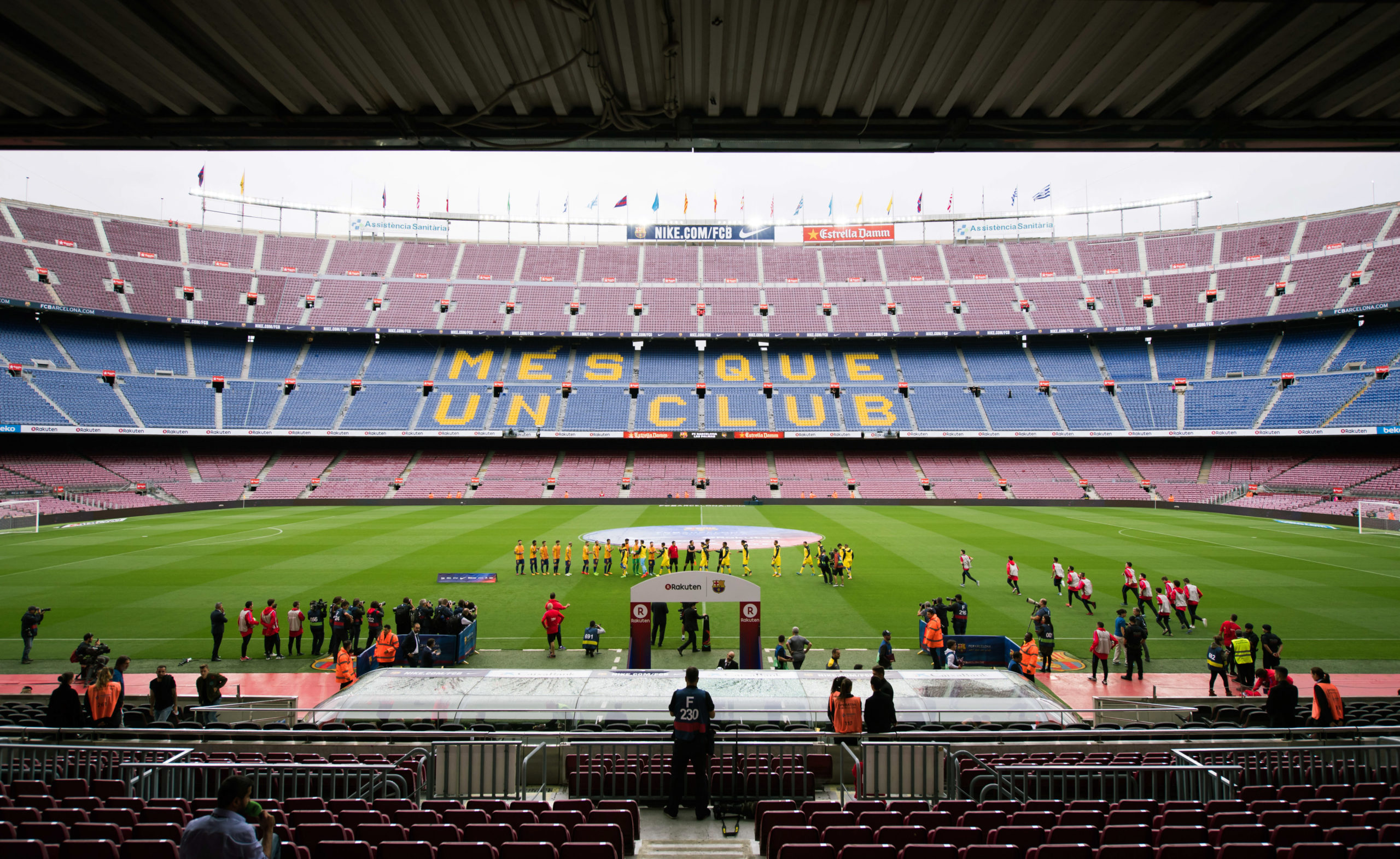 Barcelona are scheduled to host Real Madrid in the season’s first El Clasico this weekend.

The Blaugrana were disappointing last season as they went trophyless for the first time in 12 years.

Hence, Quique Setien was replaced with Ronald Koeman as the head coach, but there has not been much improvement.

The Catalan giants started the current campaign with back-to-back victories, but they have since picked up just one point.

Before the international break, they drew 1-1 at home against Sevilla and that has been followed by a surprise 1-0 loss at Getafe.

They are presently ninth on the table with seven points, but have two games in hand over leaders Real Sociedad, who are four points ahead.

Zinedine Zidane’s side have accumulated 10 points, having played an extra game more than the Blaugrana.

They failed to jump to the top spot in the standings last weekend after a shock 1-0 home defeat to newly-promoted Cadiz.

As a result, both the Blaugrana and Los Blancos will head into Saturday’s El Clasico on the back of slack league performances.

Barcelona and Real Madrid have previously met each other on 245 occasions and the win record has been fairly even. The Blaugrana have picked up 97 victories while Los Blancos have managed just one less.

The Blaugrana were unbeaten in nine-straight meetings against Los Blancos until last season where they suffered a 2-0 defeat at the Bernabeu prior to the coronavirus shutdown.

The previous season was the first occasion since the 2012/13 campaign that the Blaugrana failed to beat Los Blancos either home or away. They played out a goalless draw at the Camp Nou. It was the first in El Clasico in 17 years.

The hosts don’t have any fresh injury concerns to worry about and will be hoping to avoid any setbacks during the midweek Champions League group stage clash against Ferencvaros.

Ousmane Dembele and Pedri are likely to be replaced in the attack after their average display last weekend. Ansu Fati and Philippe Coutinho should replace them on the left wing and number 10 positions respectively.

Elsewhere, Real Madrid also have injury concerns at the start of the campaign. They are currently without right-backs Dani Carvajal (medial ligament) and Alvaro Odriozola (calf) and Nacho should continue to deputise in their absence.

Martin Odegaard is expected to miss the encounter with a calf problem while the same could be the case with Eden Hazard, who is nursing a hamstring injury. It has been reported that he could be offered additional time to get back to full fitness.

Apart from the quartet, there are doubts over the fitness of Mariano Diaz after his surgery for tonsillitis last month. Skipper Sergio Ramos picked up a knock to his knee during the shock defeat to Cadiz, and it has been reported that he could miss the midweek Shakhtar Donetsk clash to get himself ready for El Clasico.

The Blaugrana have generally had the edge over Los Blancos in recent times, but the trend has changed over the past year. The Catalan giants have been unable to score in the previous two meetings against Los Blancos, but we are fancying them to find the back of the net on Saturday. Still, a draw could be a realistic possibility, given they continue to have the odd defensive lapses.