Remembering the legacy of a Sevilla legend. 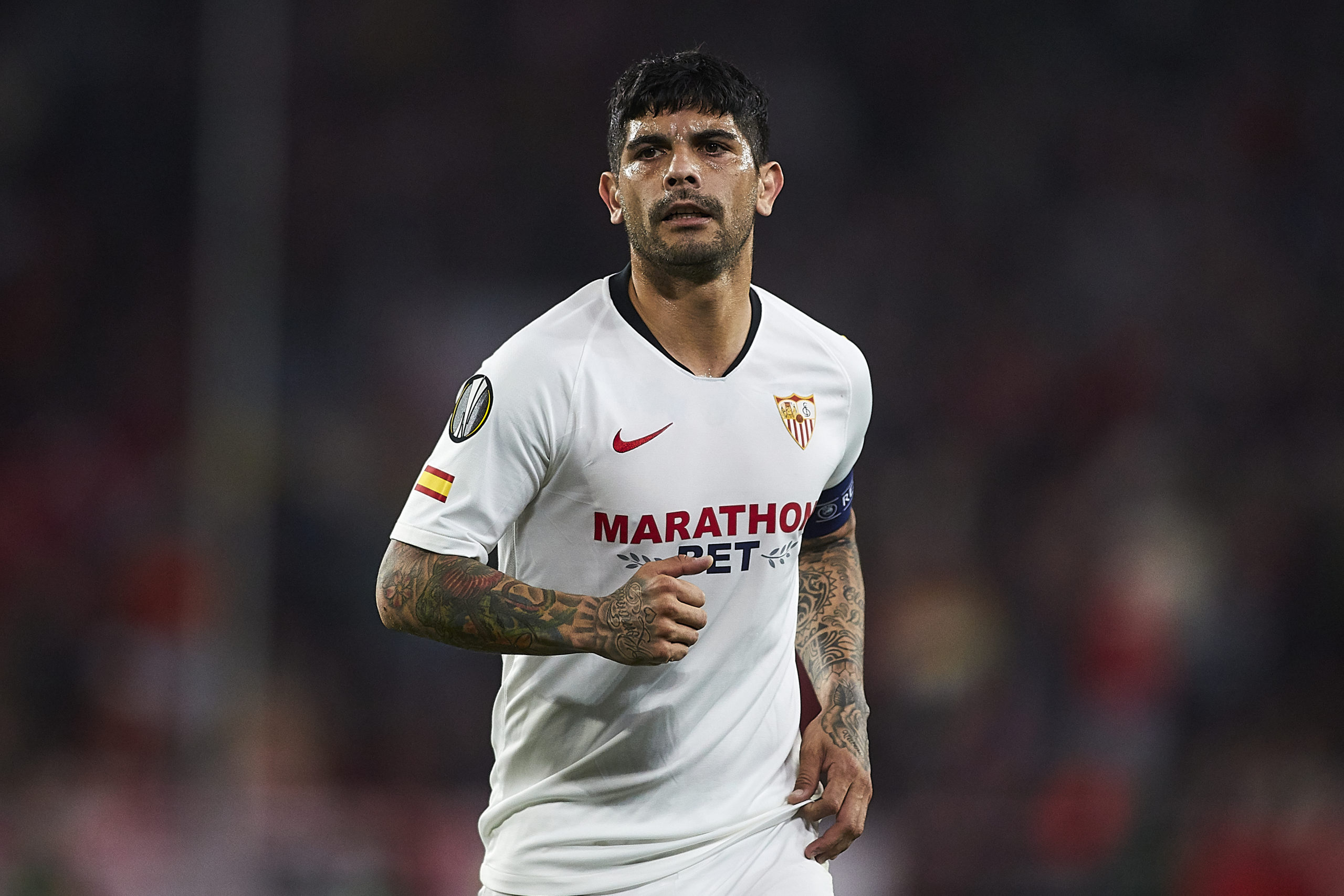 Éver Maximiliano David Banega stepped on to the green turf of the RheinEnergieStadion on the night of the 21st of August, 2020, knowing that this would be the last time he would take to a football pitch in the white of Sevilla.

He played just like he had done for each of six years at Sevilla, dictating the match from his deep-lying role in midfield. He finished the match with 84 touches, 5 key passes, 4 free-kicks won, 3 tackles and interceptions, 71% crossing accuracy, and of course, a crucial assist. That led to yet another Europa League triumph for Sevilla.

With that, he drew the curtains on a highly successful and illustrious Sevilla career.

I have no words for this emotional and at the same time a bit sad moment. I have to leave the club of my life, but I am satisfied. I am leaving with another title, thanks to my teammates, and I am leaving with my head held high.

So, let’s take a look at the 32 year-old’s journey, and why he will remembered for years to come…

Born in Rosario, Argentina on the 29th June 1988, Banega trained with local clubs Nuevo Horizonte and Alianza Sport as a child. Aged 12, he moved to Boca Juniors, and progressed through the ranks of their youth academy. He made his debut for the senior team in early 2007 at the age of just 18, and caught the eye of many European clubs, including Valencia.

Banega crossed the Atlantic Ocean and moved to Valencia in the winter transfer window, with the trasnfer completed for a fee around €20 million. He made 14 appearances for the Che that season and won the Copa del Rey with them, but was loaned out to Atlético Madrid. He had 24 outings for Atlético in the 2008/09 season and scored once, but failed to really break into the first team.

On his return to Valencia in 2009, he looked set to join the Premier League with Everton, but a move failed to materialise due to issues in obtaining a Visa for Banega. He managed to break into Valencia’s first team, and stayed there until 2014, making 176 appearances, scoring 11 goals and providing 22 assists.

A knee injury coupled with a broken ankle after being reportedly run over by his own car meant that he spent most of 2012 on the sidelines. In January of 2014, he was loaned out to Newell’s Old Boys in Argentine for the rest of the campaign. He saw 19 outings and netted once for the club, before returning to Spain at the start of the 2014/15 season.

He moved to Sevilla for an undisclosed fee, crediting former Valencia manager Unai Emery for his decision. His first showing for the club saw him come on in the last 20 minutes of a La Liga match against Valencia. He finished the season with 49 appearances under his belt, including one against Dnipro Dnipropetrovsk in the Europa League final.

Sevilla won the match 2-3, with Banega adjudged to be the Man of the Match as he saw 96 touches of the ball, played 4 key passes and completed 75 passes altogether. It was a performance that we would come to see time and again, as he repeated his midfield wizardry for Sevilla.

Although he was deemed surplus to requirements before the start of the 2015/16 campaign, he cemented a starting position with his performances, making 46 appearances and scoring nine times – his most prolific goal-scoring campaign ever. He helped his side defend their Europa League crown that season, as he started in the 1-3 victory over Liverpool in the final, starring yet again with 69 touches, 54 passes, 2 key passes and 5 free-kicks won.

On that high, he moved to Inter Milan, scoring six times in 33 outings including a first professional hat-trick against Atalanta. However, he kept bouncing in and out of the starting lineup, and therefore chose to return to Sevilla for a reported €7 million at the end of the season.

He spent another three successful years at the club, racking up 144 appearances, 16 goals and 22 assists in his second spell. His time ended with silverware, as he helped his side win their sixth and his third Europa League title. Despite his impressive performances, the Andalusians chose not to extend his contract, and Al Shabab of Saudi Arabia swooped in to sign him for the start of the 2020/21 season.

One of the main reasons he will be remembered for years to come is his style of play. The Argentine midfielder is one of the purest footballers you will ever see, and so easy on the eye when on the ball.

He possesses great technical skill, good vision and the ability to pick perfect passes anywhere on the pitch, and of course, the accuracy to be able to do so. All of these attributes make him one of the best deep-lying playmakers around, as he can dictate the tempo of matches from his role in midfield.

His versatility is also an attribute – Banega can also play as a pivot in holding midfield or as a number 10 in attacking midfield, which makes him adaptable to various systems.

He’s feisty tackler too, winning nearly 2 tackles per game on average throughout his career. However, defending is not is greatest strength – once you go past him, he isn’t going to chase you.

Banega is a midfielder who likes to mix it up a lot. He can start by playing off the front man and drop deep to pick up the ball. He’s got quality and charisma.

Éver Banega will undoubtedly be remembered in Seville and beyond as a midfield maestro, arguably one of the Andalusians’ best signings. While he has suffered some torrid times, he has always managed to come out on the other side as a better player and person, and deservedly ends his Spanish career with a trophy in his ends. Here’s to more maestros like Éver Banega.