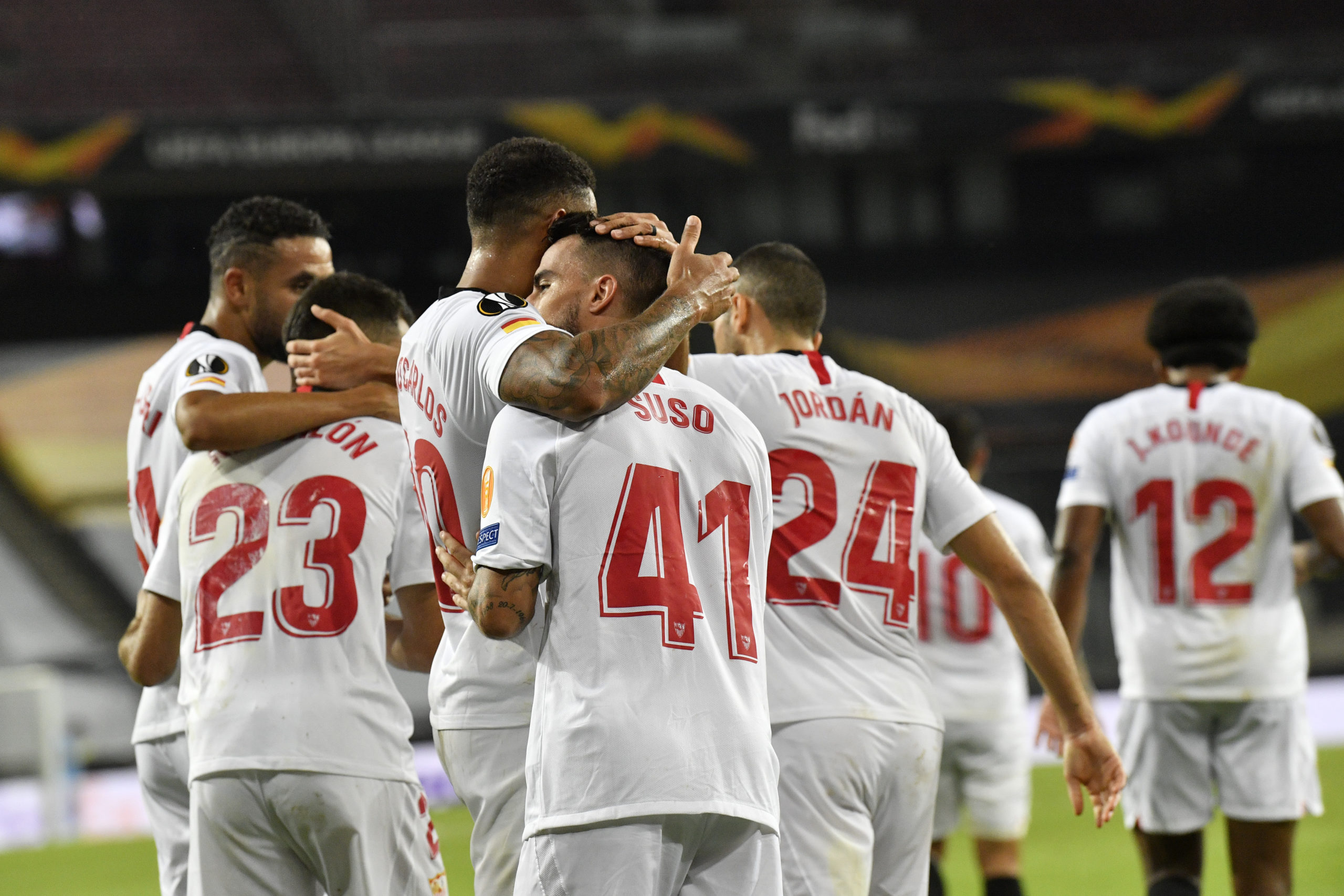 Sevilla will face off against Inter Milan for the Europa League title in Cologne on Friday night.

The Spanish outfit reached the final of the competition with a hard-fought 2-1 win over Manchester United, who were regarded as the favourites to win the title.

Julen Lopetegui’s side trailed after just nine minutes on the clock after Bruno Fernandes converted from the penalty, but they managed to level the scores in the 26th minute through Suso.

In the second half, the Red Devils were the dominant side for the opening 20 minutes, but Sevilla managed to avoid conceding thanks to a string of quality saves from second-choice goalkeeper Bono.

Ultimately, Luuk de Jong came off the bench to score the winner for Sevilla in the 78th minute. The Netherlands international found the back of the net after getting into the space between Victor Lindelof and Aaron Wan-Bissaka.

They are now scheduled to face the Nerazzurri in the final and they can anticipate a tough test on their hands, given the quality of the players at the Serie A outfit.

Inter made it to the last stage of the competition with a comfortable 5-0 win over Shakhtar Donetsk and they are aiming to win a major trophy for the first time since 2011.

Let’s have a look why Sevilla could have the edge in the final.

Historical success in the competition: Sevilla are the most successful team in the Europa League with five titles and they managed to win the competition on three straight occasions between 2014 and 2016. Their last participation in the competition in 2019 was unsuccessful, however, as they suffered a shock elimination at the round of 16 stage to Slavia Prague. Nearly the entire squad has changed since their previous European title, but their knack of winning finals should provide the extra motivation for the current crop of players.

The underdog tag: Despite Sevilla’s recent success in the Europa League, Inter Milan will be regarded as the favourites to win the title on Friday night. The Nerazzurri possess a number of high-profile names including Romelu Lukaku and Lautaro Martinez and there is the expectancy for the Serie A giants to deliver the silverware. Sevilla, on the other hand, shouldn’t feel the same pressure on their shoulders and that could bring the best out of them at the RheinEnergieStadion.

Defensive resolve: Sevilla have remained unbeaten since the restart after the coronavirus shutdown and their defence has been the strong point with just six goals conceded from 14 games while keeping nine clean sheets. Against the Nerazzurri, they will need to produce another solid defensive display, given the Italian side are bound to create chances. They managed to withstand the pressure against United through a superb goalkeeping performance from Bono, but the Moroccan will be hoping for additional help from his backline for the final.

Sevilla face a testing challenge on their hands and will need to play the perfect final to come on the winning side. Otherwise, Inter could stamp their authority on the game and go on to end their long trophy drought. We are fancying the Nerazzurri to register a narrow win.