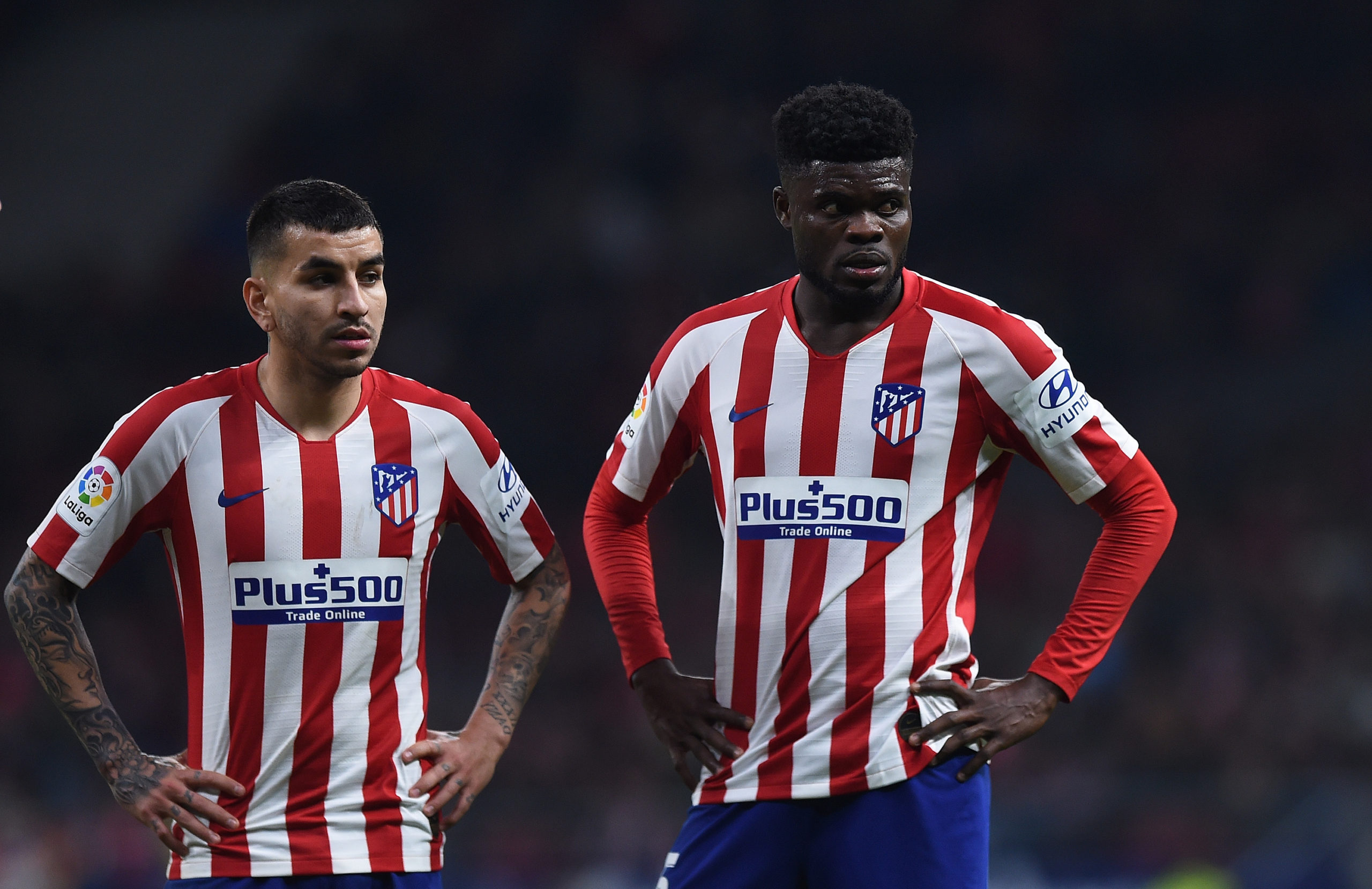 Atletico Madrid manager Diego Simeone has confirmed that midfielder Thomas Partey is attracting plenty of interest ahead of this summer’s transfer window.

Partey has been contracted to Atleti during his entire career and he is presently regarded as one of the club’s undisputed starters in the centre of the park.

In the current season, he has made 36 appearances for the Madrid giants and the majority of the outings have come in the holding midfield which remains his preferred position.

The Ghana international has more than three years remaining on his existing deal with the club but there are doubts surrounding his future due to the £45m release clause available in his deal.

Atleti are obviously looking to increase the buy-out clause by rewarding the midfielder with a new bumper contract but so far, they have been unable to do so.

Speaking ahead of the club’s away game at Osasuna, Simeone was asked about an update on Partey’s situation amid the constant speculation regarding his future.

The Argentine, who is a huge admirer of the midfielder, highlighted the qualities of the 27-year-old and concluded by mentioning that the 27-year-old is attracting interest from some of Europe’s elite teams.

“Thomas is the one who best understands this position and the transition from defence to attack, shooting, scoring, providing assists and playing passes between the lines. When he’s at his best level consistently, he’s so good that all the best teams in Europe are looking at him,” He told in a press conference relayed by Goal.com.

Premier League giants Arsenal have been regularly associated with the player over the past few months but they are not the only club interested in signing the former Odometah graduate.

Manchester United, Bayern Munich, Paris Saint-Germain and Juventus are all monitoring the contract situation of Partey and he could have multiple clubs to choose from, suppose he decides to pursue a fresh challenge.

Partey is expected to take the playing field for Atletico when they face Osasuna on the road in the midweek La Liga game. The club failed to move into the top four last weekend after they settled for a frustrating 1-1 draw against Athletic Bilbao.

That was their 13th stalemate of the league campaign and Simeone will be hoping that his team can start winning games, given they are still within one point off the Champions League places. Atleti have won the previous three meetings against Osasuna, scoring eight goals and conceding none in the process.

Stats from Transfermarkt.com and Sofascore.com