Barcelona hosted relegation-threatened Leganés at the Camp Nou, looking for a win to go 5 points clear of Real Madrid and mount the pressure on Los Blancos 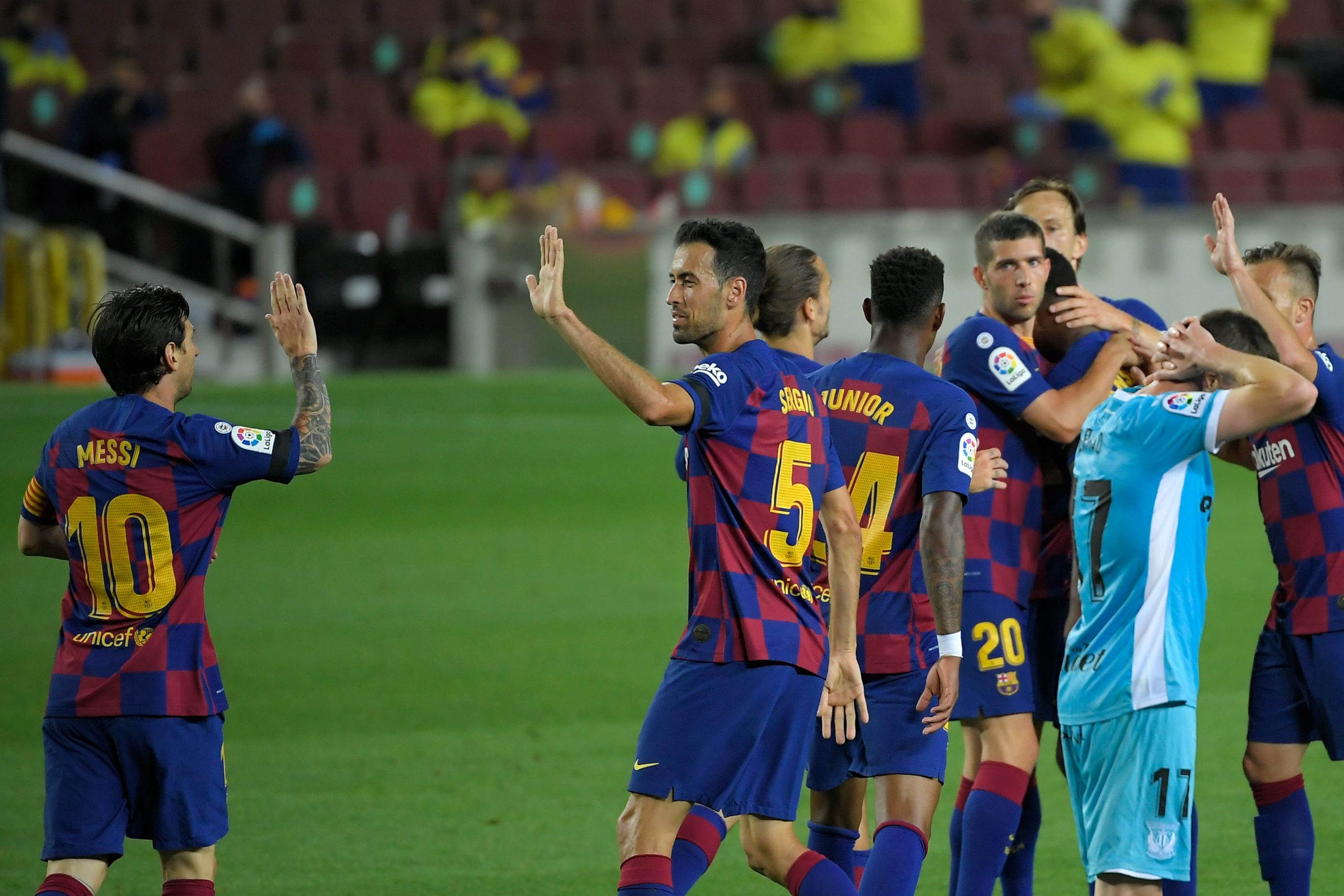 It was Leganés who had the first big chance, when Eraso was through on goal after a break, but he took too much time and the ball was nicked by Lenglet. But it only fell to Guerrero, who beat ter Stegen, but had his shot blocked on the line by Lenglet.

Only two minutes later, Guerrero had another chance from a tight angle, and he missed narrowly wide.

The hosts had a big chance in the 30th minute, but Griezmann nodded the header wide after scraping the post.

And it was in the 42nd minute that Barcelona finally managed to break through, when Firpo found Fati on the edge of the box, and the 17 year-old found the bottom corner.

Barcelona thought that they had a second in the 64th minute when Semedo found Griezmann, but it was ruled out for a marginal offside in the build-up.

But only a minute later, Messi burst through the Leganés defence, and was adjudged to have been brought down in the box after finding a pass. After a lengthy VAR delay, Messi was allowed to take it, and he converted it.

Nothing much happen thereafter, and so it ended 2-0 to the hosts.

Leganés left absolutely no space between their defence and midfield, making it very difficult for Barcelona to break them down.

Barcelona pushed very high, leaving lots of space at the back. Leganés exploited that by pushing their wing-backs high on the counter, and threatening Barcelona’s defence down the wings.

For most of the match though, Barcelona had possession around the Leganés penalty area, and tried to pick the lock of their defence.

Marc-André ter Stegen – Didn’t have too much to do, but will be happy with the clean sheet. Great with the ball too. 6.25

Sergi Roberto – Decent down the right, but got caught out of position a couple of time. 5.75

Gerard Piqué – Solid at the back, but wasn’t troubled too much. 6.5

Clément Lenglet – Supremely solid at the back, and made a humongous goal-line clearance early on. 6.75

Junior Firpo – Caught out of position early on, but did well thereafter, as he got the assist for the opener. 6.5

Sergio Busquets – Had a good game in holding midfield, but had little work to do. 6.25

Ivan Rakitić – Failed to make too much happen in midfield, but was alright. 5.25

Lionel Messi – Contained for most of the match, but did well to win and convert the penalty. 6.5

Antoine Griezmann – Didn’t get too much service, but had a couple of big chances. Even found the net but was denied by VAR. 6

Ansu Fati – Rather contained in the first half, but got the crucial opening goal. 6.75

Nélson Semedo – Looked lively down the right, and burst forward a couple of times too. 6

Luis Suárez – Kept very quiet after being brought on. 4.75

Arturo Vidal – Decent in midfield, where he worked hard. 6

Riqui Puig – Great to see him get an outing. He was not bad in the middle of the park and had a couple of big chances. 6.25

Samuel Umtiti – Good at the back after he was sent on, but had little work. 6

Team – Barcelona were not very lustrous on this occassion. They found it very hard to break Leganés down, and almost conceded early on. However, they have the points in the bag, and that’s what matters most in the title race. 5.75

Iván Cuéllar – Made a few saves, but had no chance of stopping the goals. 5

Aitor Ruibal – Decent down the right, but failed to make too much happen. 5.25

Chidozie Awaziem – Made a few very important interventions at the back, and looked strong. 6.75

Rodrigo Tarín – Alright at the back, but failed to stop the goals. 5.5

Unai Bustinza – Tried his best to contain Messi, and did his job well too. 6.25

Jonathan Silva – Decent down the left, as his passing was good. Helped out at the back too. 6

Roque Mesa – Made a few important tackles, as he helped his defence. 6.25

Rubén Pérez  – Looked extremely solid in midfield, as he made a lot of recoveries. Unfortunate to concede the penalty. 6.75

Recio – Alright in midfield, but had no impact at either end. 5.5

Javier Eraso – Had a big chance early on, but failed to make it count. Had nothing to work with thereafter. 5.25

Miguel Ángel Guerrero – Had two massive chances, and was really unlucky to not get a goal. 5.75

Roger Assalé – Looked decent after coming on, and created a good chance too. 6

Ibrahim Amadou – Didn’t have a major impact after coming on. 4.5

Kévin Rodrigues – Good in the middle after he was brought on, but had no impact on either end. 5.5

Guido Carrillo – Had a few good chances, but didn’t do too much to trouble the goal. 6

Team – Leganés looked very good early on, and they were solid tactically. They came as close as hitting the post in the first 15 minutes, but just failed to score. After that, Barcelona’s quality managed to break through them, but they showed great character by continuing to threaten ter Stegen till the end. 6

Juan Martínez Munuera had an easy match bar the penalty call, which can be debated both ways. 7

Javier Aguirre – His tactics were great, and his team almost pulled it off. However, he got sent off at the end, and will miss the next match. 6

Barcelona extend their lead over Real Madrid back to 5 points, until Los Blancos face Valencia.

Leganés stay rock bottom, and are 3 points away from safety.