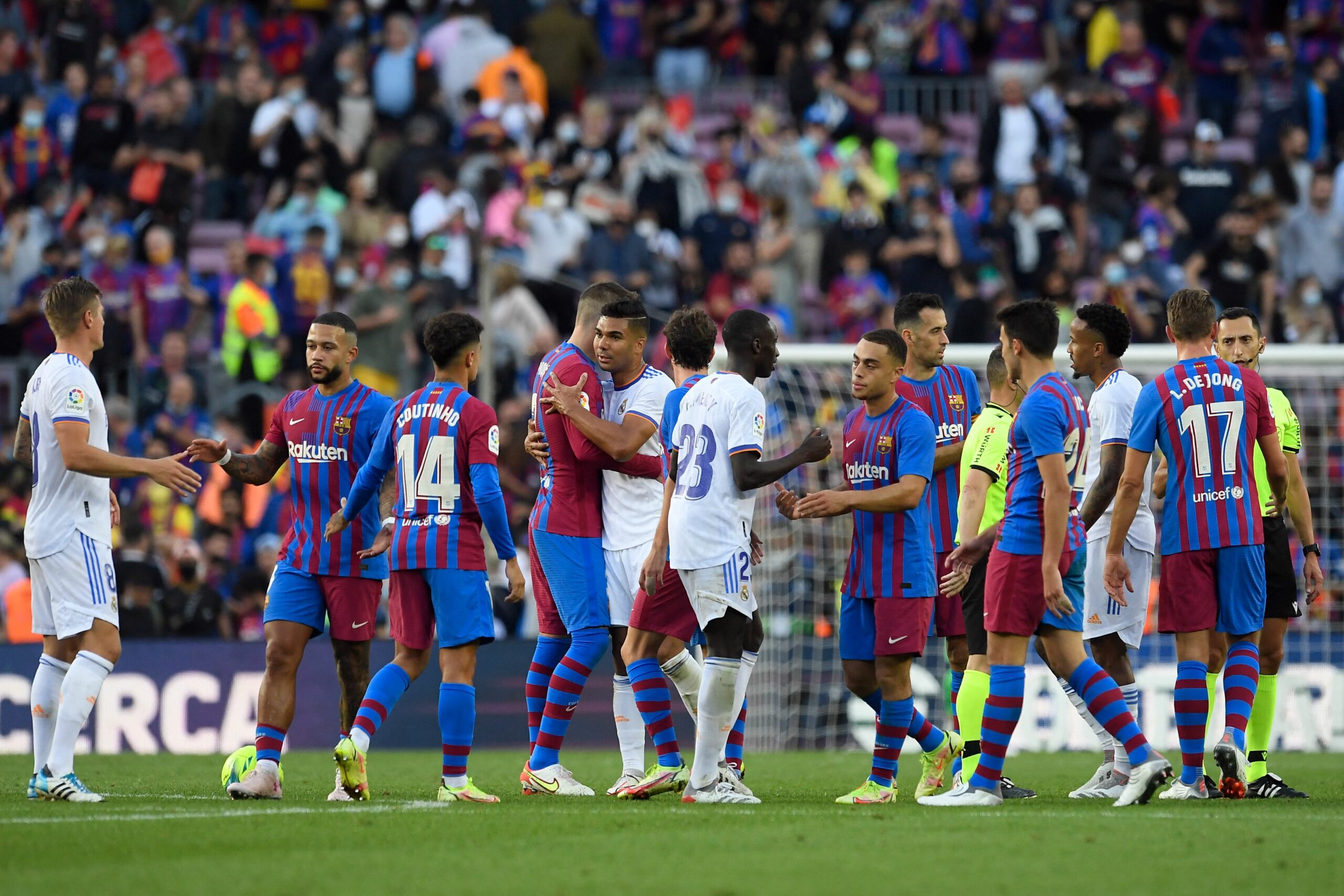 The Supercopa de Espana returns to Saudi Arabia after a COVID-19 induced one-year hiatus as Barcelona and Real Madrid go head-to-head in the first semi-final.

With Lionel Messi and Cristiano Ronaldo no longer in the picture, El Clasico may not be as intense as it used to be over the past decade.

However, it retains its charm as one of the most highly-anticipated fixtures on the European football schedule.

The arch-rivals have experienced contrasting fortunes going into this showdown.

While Madrid swept Valencia aside with an overwhelming 4-0 home victory, Granada’s last gasp equaliser held Barca to a disappointing 1-1 draw.

Meanwhile, Los Blancos have won back-to-back matches by an aggregate score of 7-2 since losing 1-0 at Getafe in their 2022 curtain-raiser.

The recent H2H stakes give Madrid a massive upper hand going into this fixture, as they have won all four previous meetings with bitter rivals, including a 2-1 La Liga triumph earlier this season.

Indeed, Barcelona have gone winless in five consecutive clashes against Los Merengues (D1, L4) since winning 1-0 at the Santiago Bernabeu in March 2019.

To make things worse, the Catalan heavyweights have conceded at least twice in each of their last five matches against Madrid, which comes particularly worrying given Barca’s ongoing defensive problems.

Granada’s 89th-minute equaliser last time out made it a mere one clean sheet from Barcelona’s last nine competitive outings.

Unfortunately for Xavi, his men have failed to impress in the front third either, scoring precisely once in three of their last four games in all competitions.

But they can draw confidence from registering marquee winter signing Ferran Torres, who could add some pace and flair to Barca’s depleted attack.

There is another positive note here, as the club’s standout striker Memphis Depay has recovered full fitness in time to meet Madrid.

Unlike Barcelona, Carlo Ancelotti’s men take this trip to Riyadh amid a purple patch, having won 13 of their last 15 matches in all competitions.

Inspired by an impressive run of form, Madrid will be looking to beat this opposition for the fifth time in a row for the first time since 1965.

Watch out for Los Merengues’ late bursts, though, with 20% of their La Liga goals scored this season arriving beyond the 80th minute.

All eyes will be on long-serving stalwart Karim Benzema, who has bagged Madrid’s final goal in nine of their last 11 scoring fixtures.