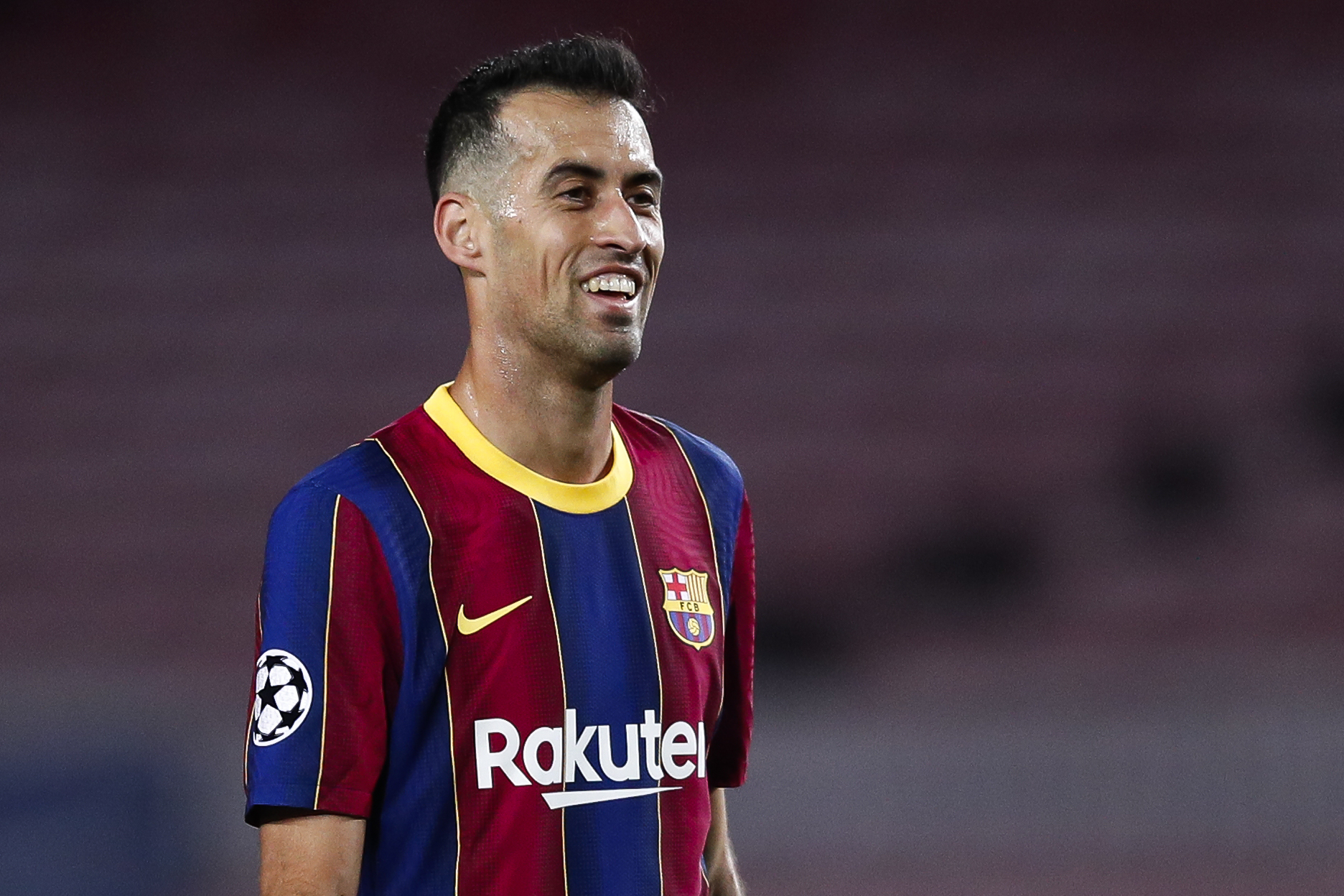 Barcelona midfielder Sergio Busquets has returned to individual training ahead of the club’s La Liga clash against Osasuna on Sunday afternoon.

Busquets suffered a knee sprain during Spain’s 1-1 draw against Switzerland earlier this month, and as a result, he has missed the Blaugrana’s past two games across all competitions.

The 32-year-old is unlikely to return for the weekend’s league encounter, but has stepped up his recovery after working about on the grass in the opposite ground to his teammates on Thursday.

The Catalan giants have endured a tough beginning to the current season by their high standards and they are already 12 points adrift of the top of the La Liga table.

The club have two games in hand over leaders Real Sociedad, but that is not much of a boost, considering Atletico Madrid, who are second, are just three points behind Sociedad, having played the same number of matches as Ronald Koeman’s side.

Prior to the international break, they were without Ansu Fati (knee surgery), Samuel Umtiti (knee) and Ronald Araujo (hamstring) due to injuries and things have only got worse for them.

Busquets got injured on Nations League duty with La Roja and he has since been joined in the treatment room by Sergi Roberto (thigh) and Gerard Pique, who could be out for the long-term with a serious knee injury.

That has definitely left them short in the central defensive department with Clement Lenglet being the only fit senior option, but left-back Jordi Alba and midfielder Frenkie de Jong are capable of filling the void.

Elsewhere, La Masia graduate and Barcelona B centre-back Oscar Mingueza was handed his debut in the 4-0 Champions League win over Dinamo Kiev in midweek and he has the perfect opportunity to establish himself.

Barcelona will be eyeing only their second victory in seven league games when they host Osasuna on Sunday. It may not be a straightforward contest for them with the visitors previously beating them by a stunning 2-1 scoreline at the Camp Nou in the penultimate Matchday of last season.