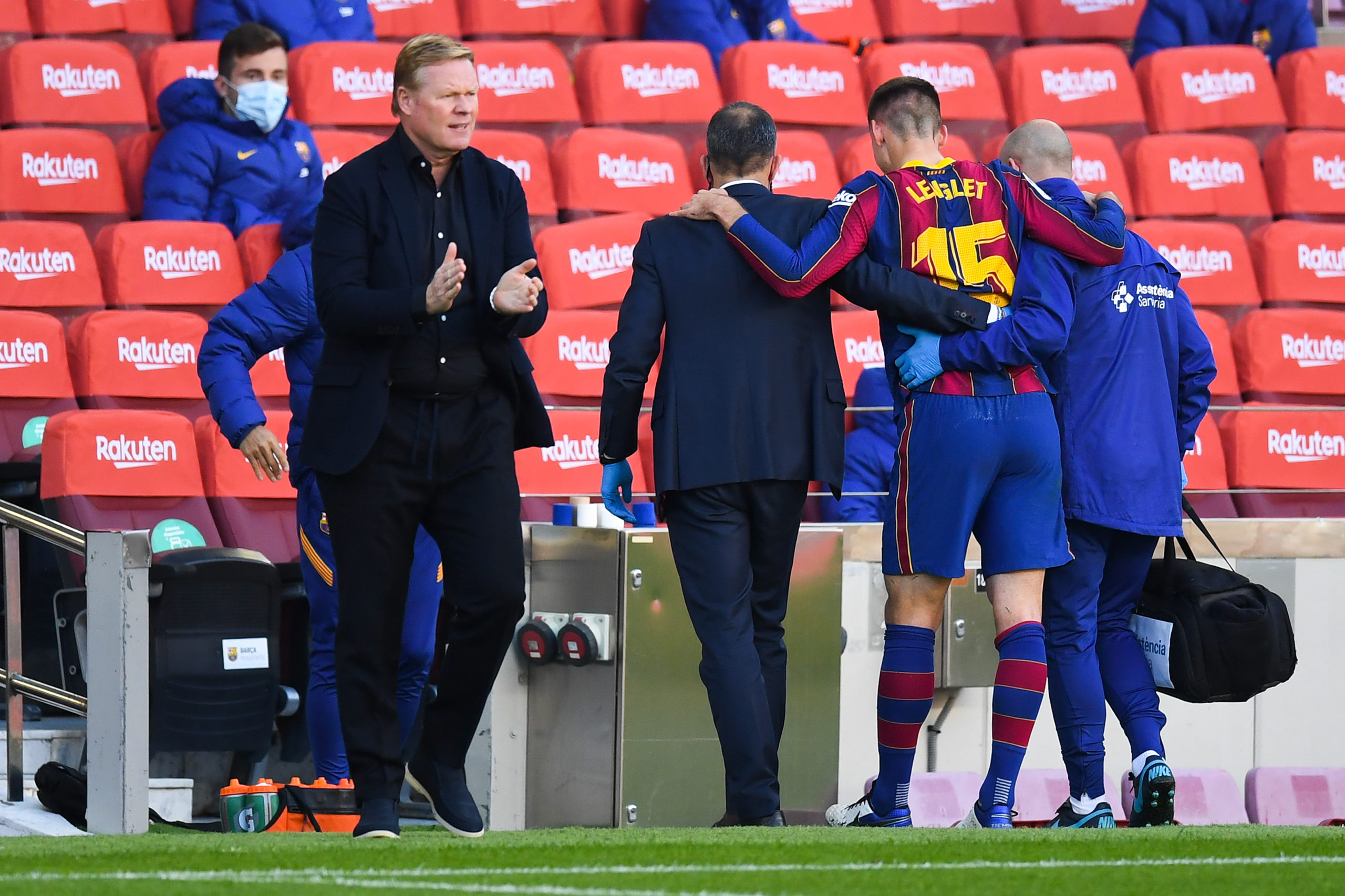 Barcelona have received a double fitness boost with both Clement Lenglet and Ronald Araujo taking part in Monday’s training session.

Lenglet recently played in the 4-0 win over Osasuna in the Spanish La Liga, but he was substituted after the hour mark with a worrying ankle injury.

He was visibly in distress as he limped off the pitch, but Mundo Deportivo claims that the Frenchman resumed light training earlier today.

Elsewhere, Araujo has only linked up with his teammates on the training ground after a month-long lay-off with a hamstring concern.

The midweek Champions League clash against Ferencvaros could, however, come too soon for the duo.

It is reported that they could return to the mix for the weekend’s league clash against Cadiz on the road.

In such a case, the Blaugrana will be without any senior and fit centre-back for the visit of the Groupama Arena on Wednesday.

Gerard Pique is out for the long-term after a serious knee injury while Samuel Umtiti continues to struggle with knee issues as well.

La Masia graduate Oscar Mingueza has recently stepped up from the B squad and he is set to start his third game on the bounce on Wednesday.

Left-back Jordi Alba or midfielder Frenkie de Jong could accompany the 21-year-old, who has earned plenty of praise from the club’s faithful.

They have yet to clinch the top spot, but are in pole position to do so ahead of Juventus, who are three points behind them.

Should both teams win in midweek, the Bianconeri would need to beat the Blaugrana by three clear away goals in the final group game.

Otherwise, Ronald Koeman’s side are likely to finish top with their superior goal difference. They beat the Bianconeri 2-0 on the road last month.