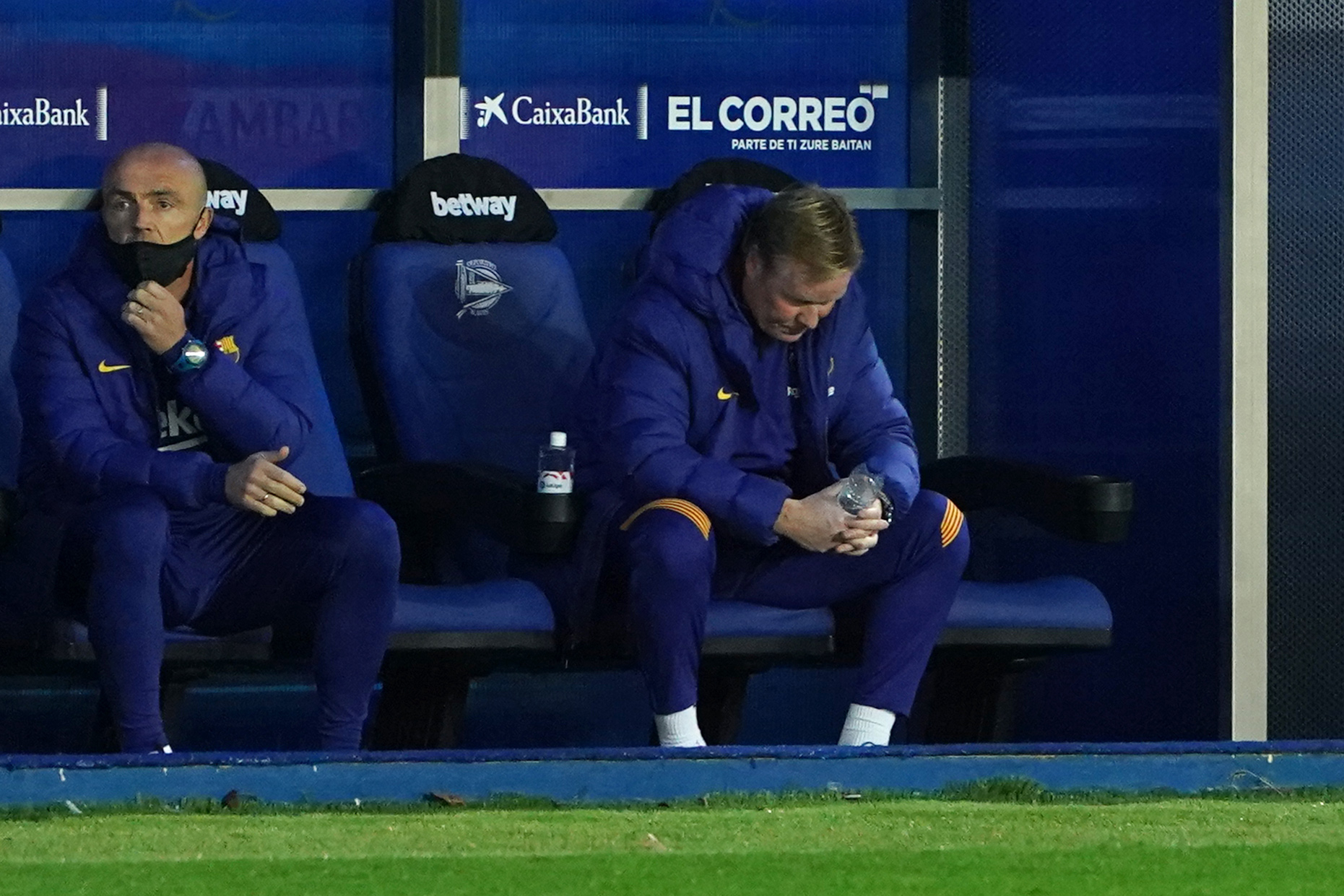 Barcelona went winless for the fourth La Liga game on the bounce following a frustrating 1-1 draw against 10-man Alaves on the road on Saturday afternoon.

The Blaugrana recently produced a superb display in the Champions League group stage where they beat Juventus 2-0 in Turin without conceding a shot on target.

Hence, they were widely fancied to end their recent three-match winless league run against Alaves, but were unable to do so despite having a man advantage for the final 30 minutes.

Alaves opened the scoring in the 31st minute through Luis Rioja after a howler from goalkeeper Neto and held onto the lead until the break. Jota was sent off for a second bookable offence in the 62nd minute and moments later, Antoine Griezmann put the Blaugrana level.

The Catalan giants dominated the possession and chances on goal during the final half an hour of the contest, but were denied the victory after some fine shot-stopping from goalkeeper Fernando Pacheco, who made seven saves – the most in a La Liga game this term.

With the result, the Blaugrana have gone winless for four league games on the stretch for the first time since April 2016 and are currently 12th on the table with just eight points on the board. Meanwhile, they are the same number of points behind the top spot with one game in hand.

Real Madrid are currently leading the standings with 16 points. The reigning champions suffered a shock 1-0 loss to Cadiz at home earlier this month, but they have since registered convincing wins over Barcelona and Huesca to temporarily jump to the first spot.

Barcelona will be in Champions League action against Dynamo Kiev on Wednesday night. Unlike in the league, they have made a perfect run in the continental competition with two wins in two group stage games and could put themselves in a commanding position to reach the round of 16 with another win.