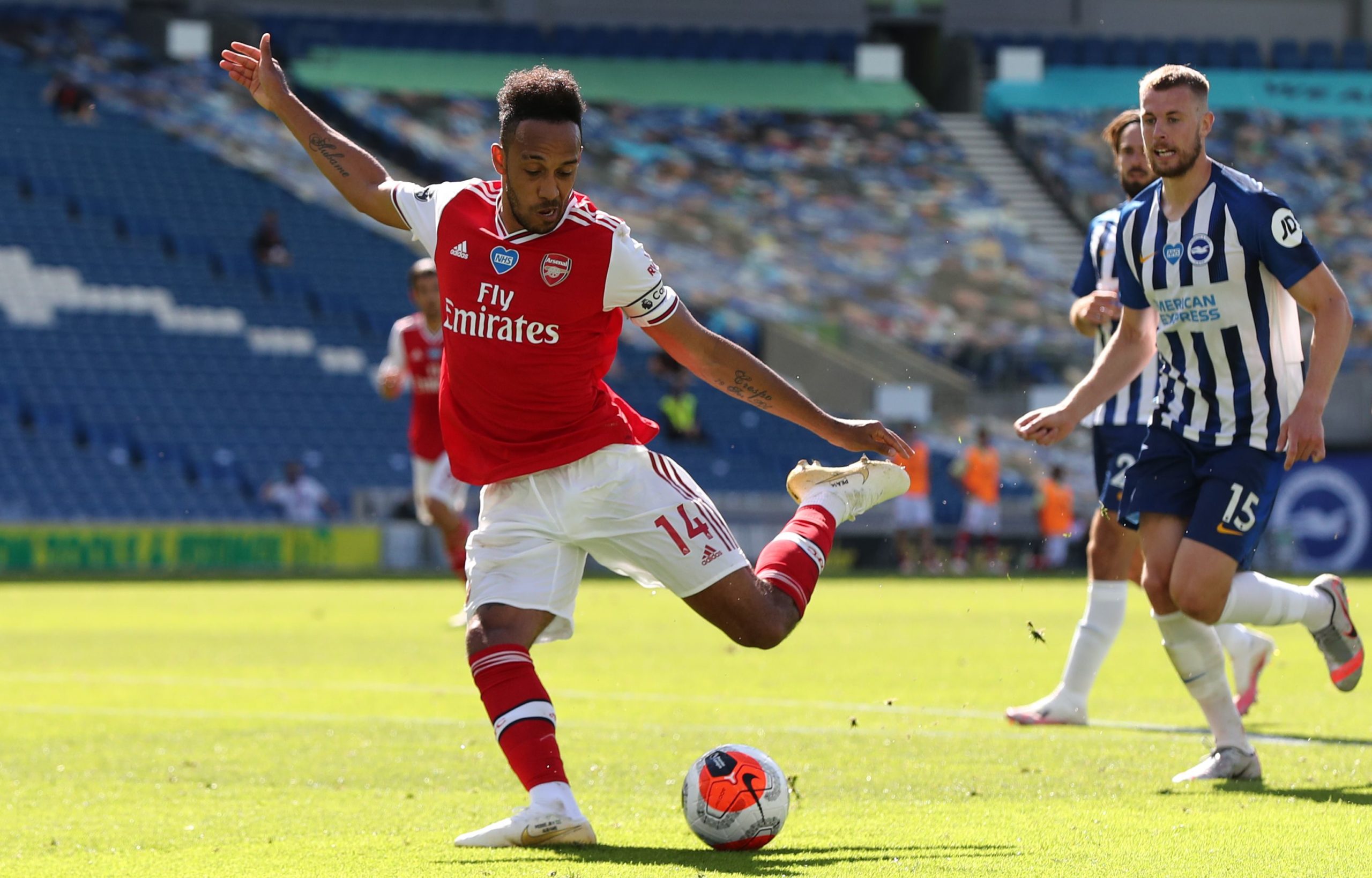 Barcelona have identified Arsenal forward Pierre-Emerick Aubameyang as an alternative target, should they fail to convince Inter Milan to part ways with Lautaro Martinez this summer, Gianluca di Marzio reports.

The La Liga holders have been regularly linked with a move for Martinez this year but so far, they have not made any offer which has come close to the player’s £100m (€111m) release clause.

In the past, the Catalan giants have spent higher sums of money to purchase the likes of Philippe Coutinho and Antoine Griezmann, but they are not in a position to do so this summer due to the economic impact of the coronavirus pandemic.

Hence, a deal for the Argentine appears unlikely at the current point of time and it is reported that the Blaugrana could switch their interest towards signing Aubameyang, whose contract with Arsenal expires at the end of next season.

The Gabon international has been a terrific performer for the north London giants since his move from Borussia Dortmund two years ago and he has bagged 61 goals and 13 assists from 99 appearances for the club across all competitions.

Despite his goalscoring exploits, the Gunners have struggled to register regular wins over the past couple of seasons and they are currently facing the genuine prospect of missing out on the Champions League for the fourth season on the bounce.

Aubameyang has recently admitted that he has the ambition to win trophies during the backend of his career and he could find it hard to turn down a lucrative move to the Camp Nou, should they make an approach during this summer’s transfer window.

Unlike Martinez, Aubameyang should be available for a reduced fee with his contract expiring in the summer of 2021 and his impressive goalscoring record while playing upfront or in a wide attacking position, can be regarded as a big plus for any elite European outfit.

As things stand, the Blaugrana have yet to entirely give up in their pursuit of Martinez. Should they succeed in signing him, it is reported that Inter would then emerge as the front-runners to land Aubameyang, who is on the cusp of scoring 50 Premier League goals.